Looking at the palm tree-shaped islands resting on the coast of Dubai could give you goosebumps because it shows how far we have come. It also shows how much more we can accomplish if we desire to stand out. It is an extremely commendable achievement – one that places Dubai at the forefront of architectural innovation in the world.
A question that may often pop up in your mind when you think of these gorgeous man-made islands is how all this became possible. Creating an island from scratch is not something most places in the world would consider normal activity. But Dubai has never restricted itself to normal.
These islands were built through a process commonly known as ‘Land Reclamation’ which involves manually raising the height of the seabed. In the case of the man-made islands in Dubai, sand gets dredged out from the floor of the Arabian Gulf bordering Dubai after which it gets sprayed on the sea.

Where It All Began

When you think of man-made islands, Palm Jumeirah is usually the first one that comes to the mind. Palm Jumeirah is actually part of ‘The Palm Islands’, which includes the Palm Jebel Ali and the Deira Islands. Developed by master builder Nakheel properties, the first residential units in Palm Jumeirah were handed over in 2006 after which the area saw a meteoric rise as a central entertainment and recreational hub in Dubai. The other two islands are still under construction.

An ambitious project by Dubai-based Nakheel Properties and the first of the Palm Island developments, Palm Jumeirah was one of the most highly-anticipated real estate projects in the world at the time of its launch. With its distinctive crescent, fronds and trunk, the palm tree-shaped island is one of those architectural developments in Dubai which can definitely leave you awestruck! David Beckham and Shah Rukh Khan are some of the celebrities who own homes in Palm Jumeirah, a district known for its swanky hotels, active nightlife and sumptuous restaurants. For those searching, there are a number of residences & apartments available for rent in Palm Jumeirah.
The Palm Jumeirah island has now gained international recognition as a sought-after residential and leisure destination in Dubai. It is also home to one of the most luxurious hotels in the region: Atlantis, The Palm. The island even became officially known as the world’s largest artificial island back in 2007!

Palm Jumeirah is not the only man-made island in Dubai which has invoked sky-high expectations among residents. The expectations for Palm Jebel Ali are higher than those for Palm Jumeirah, and there’s a good reason for that: Upon completion, Palm Jebel Ali will be 50 times larger than Palm Jumeirah! The island will feature a gorgeous residential area having luxury villas, a water park, six marinas and more. The land reclamation process for the island has been completed but no further development has occurred yet. Upon completion, Jebel Ali will feature a unique sprawling boardwalk carved into the shape of words from a poem written by Sheikh Mohammed bin Rashid Al Maktoum, Ruler of Dubai.

While the initial plan was to have three palm-shaped islands, Nakheel Properties revised their idea for the Deira Islands, to create four smaller man-made ‘islets’. This large scale project will feature a night souk which, in typical Dubai style will have the honour of being the world’s largest night market. The Deira Islands will become a shopping paradise with the introduction of the Deira Mall featuring a retractable roof atrium. This mall will also feature over 1,000 stores and will serve as the centrepiece for the Deira Islands Boulevard. Two of the aforementioned four islands will be able to accommodate 250,000 people by 2020.

What protects the island?

That’s a million dollar question right there! For one, the islands literally sit on the face of the sea. Luckily, constructors in Dubai have a solution for every problem. The inner islands are protected by the crescent-shaped breakwater which is 11-km long. This was originally the first section of the Palm built to tackle the seasonal north-western winds and the strong sea currents. By now you must be wondering what exactly prevents the sand that was “sprayed” from being washed off. The thing that keeps the sand intact is an erosion-preventing geotextile membrane which makes up the breakwater’s lowest layer. This is topped by a layer of 1-ton rocks which are further covered by two layers of large rocks weighing up to 6-tons each. At its deepest point, the crescent of Palm Jumeirah sits at 34 ft of water and stands a little over 13 ft above low tide sea level. It also features a 6-metre-wide boardwalk that stretches along its entire length, perfect for a leisurely stroll on the weekends.

A world map made with islands

How would you feel about a 3D world map made out of small artificial islands? Sounds bonkers, doesn’t it? But there it is, a mega project kickstarted by the famous Nakheel Properties back in 2003. Known as ‘The World’, the project focuses on constructing around 300 small islands into the shape of the world map. While there have been some initial hiccups, several islands in this project are now complete and even feature properties for sale.

Bluewaters Island is another planned man-made island which has an estimated net cost (upon project completion) of AED 6B. Soon about-to-become home to the world’s largest observation wheel in Dubai, Bluewaters Island is a project of Meraas Holdings which opened to the public in the latter half of 2018. This location is set to become a popular addition to the list of ultimate touristic destinations in Dubai featuring over 200 hotels, apartment multiplexes, dining options, retail stores and townhouses. If you are interested in knowing more about this island you can check out Bluewaters Island Review.

Burj Al Arab is actually on an island!

We have certainly known Burj Al Arab for its iconic sail-like shape but did you know that it is located on its very own man-made island? Constructed back in 1999, the most talked-about structure in Dubai stands at a massive 1,053 feet and remains one of the most popular attractions in the city. The structure is upheld on 250 underwater pillars which are held together by sand. It is located on an island made over reclaimed land which is 280 metres offshore.

Even though construction of some of these artificial islands in Dubai has not yet been completed, there’s no denying the excellence and intelligence in this man-made marvel. Now that you know all about the man-made islands in the city, check out some of the other record-breaking facts about Dubai! 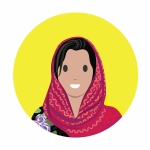 What is the difference between Entry Permit and a UAE Residence Visa?