Victory Heights is a large villa community making up for over half of the western district within Dubai Sports City. It is a dedicated villa-based society, consisting of over 1000 villas. Ever since golf communities in Dubai gained popularity, there’s been an increase in demand for such properties and many projects have been set up ever since. Victory Heights is also themed around golf course called the Fairways Els Club.

Factors that make it appealing to live in Victory Heights:

This is an upscale neighbourhood situated in the greater district of Sports City. It is divided into several sub-clusters such as Oliva, Calida, Estella and Esmeralda.

Villas for Rent in Victory Heights
View all 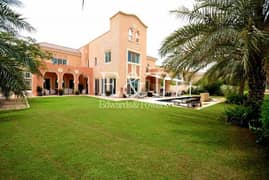 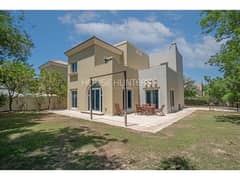 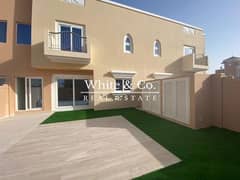 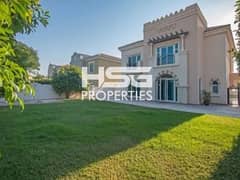 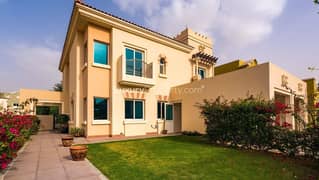 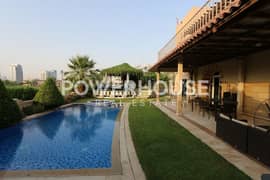 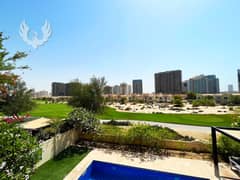 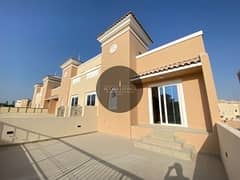 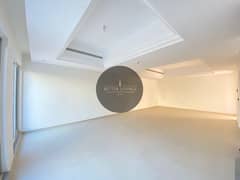 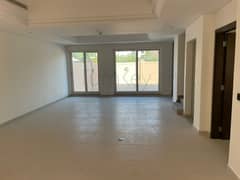 Victory Heights is a popular option for renting in Dubai Sports City. One can choose to rent 4, 5 and 6-bedroom villas typically starting from AED 165k. A standard 4-bed rental villa goes for an average yearly lease payment of AED 137k. Whereas, the cost of renting 5-bed villas in Victory Heights start from AED 210k, per annum.

Villas for Sale in Victory Heights
View all 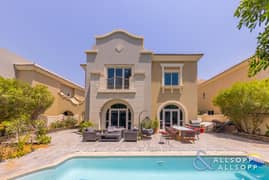 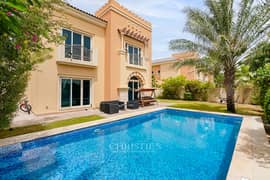 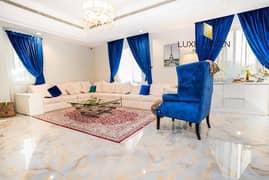 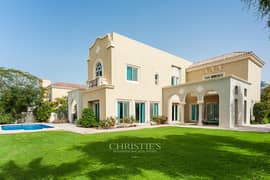 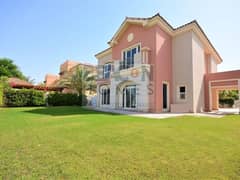 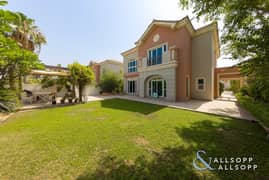 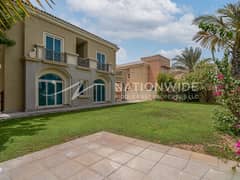 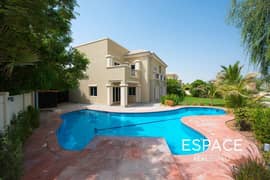 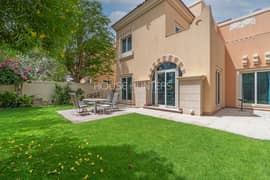 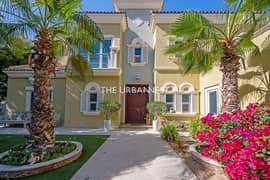 A Victory heights townhouse for sale with 4-beds will demand a purchase price that will vary from AED 2M to AED 3M. Marbella cluster is a considerable option if you are interested in buying a unit with reasonable floor space.

Victory Heights is one of the popular areas for investing in Sports City. A 4-bed unit is expected to generate the highest returns on investment, i.e., 6.3% The sales price of 4-bed houses in Victory Heights typically ranges between AED 2M to AED 3M while the rental range varies from AED 140k to AED 150k. Next, investing in 5 and 6-bedroom houses may get you a 5.1% and 4.2% ROI, respectively.

Finding parking spaces in Victory Heights won’t be an issue. In fact, most villas come with a parking garage that can accommodate at least one car.

For those who depend on public transportation in Victory Heights, there are several metro stations that can be reached in 14 to 18 minutes via car or public bus. The closest metro station is the Mall of Emirates Metro Station which is 14 minutes away via car, north of Victory Heights.

There are several bus stops in Victory Heights that can be reached on foot within 11 to 15 minutes. However, the closest bus station is 11 minutes away, which is the Sports City – Victory Heights East Gate 1 bus stop.

To facilitate residents with groceries and items of daily use, there are two large supermarkets near Victory Heights:

One can reach Carrefour City in 11 minutes and Al Maya in 12 minutes on foot.

There are two mosques in Victory Heights:

OTHER PLACES OF WORSHIP NEAR VICTORY HEIGHTS

Dubai welcomes people from around the globe with any cultural and religious background. In fact, Victory Heights is one of the popular neighbourhoods for Indian expatriates. Therefore, you will find all kinds of amenities from schools to places of worship within reach.

One of the few temples near Victory Heights is the Guru Nanak Darbar. It is a Sikh Gurdwara. Residents can reach this facility in 16 minutes heading northwest from Victory Heights. On the other hand, the Meenakshi Amman Temple is a place of worship for Hindus.  It is located on the World Island and is 33 minutes northeast of the villa community.

Some nurseries close to the area include:

The Wonder Years Nursery is a 5-minute drive north of Victory Heights. While the Ideal ELC is also 5 minutes away, but to the south of the community.

Other schools near Victory Heights include:

Victory Heights Primary School takes students from the foundation stages to year 6. The institute has received “acceptable” rating a couple of times from the KHDA and “good” and “very good” rating from 2015 to 2019. Sports City School and Junaibi School Dubai are a five-minute drive away from Victory Heights Central.

There are around three universities near Victory Heights accessible in under 20 minutes. The nearest one is Keystrokes University which is just 12 minutes northwest. Then there is the Modul University and Synergy University, both 17 minutes north via E311 and D59.

CLINICS AND HOSPITALS NEAR VICTORY HEIGHTS

The closest Medical facilities are:

There is a decent selection of medical clinics near Victory Heights. As a matter of fact, the closest clinic is just 3 minutes away via car, which is the Your Health Clinic. While the Mediclinic Me’aisem is just 8 minutes west of Victory Heights Central. Similarly, there is the Apex Medical & Dental Clinic 9 minutes east of Victory Heights.

An adequate selection of top-notch hospitals near Victory Heights is also quite conveniently located. The closest hospital is the Medcare Medical Centre, 7 minutes away. As for the other two hospitals, the Mediclinic Meadows is 18 minutes away while the Mediclinic Parkview Hospital is only a 12-minute drive away.

Victory Heights is close to some residential and leisure hubs in the city such as:

Lying on the western border of Victory Heights, residents will find Dubai Production City. On its eastern border, residents will come across the motorsports-themed district of Motor City. To its immediate north is the Jumeirah Village Circle (JVC).

These few community malls are in the neighbouring and immediate vicinity:

Inside the City Centre Me’aisem, there is Magic planet amusement park where children can play video games and try out other fun activities. Mothercare is one of the most popular stores that stock all items needed for expecting mothers. For those looking to purchase a new smartphone, Hi Phone Telecom is one of two stores that offers the latest and best prices for phones. Also, Carrefour supermarket inside the mall carries a large variety of foodstuffs and FMCGs.

Residents can dine at various eateries in City Centre Me’aisem such as:

Other restaurants near Victory Heights include:

There are several restaurants near Victory Heights. However, the nearest ones are Nathalie’s, Pulcinella Restaurant, The Kebab Shop and Jack’s Restaurant. Nathalie’s is just a five-minute drive away while the other three are reachable in just three minutes tops.

For residents looking to enjoy a few drinks in a licensed facility, there are a few licensed bars nearby. For instance, there is the Kickers Sports Bar is a six-minute drive south. There are also two licensed restaurants in proximity, Big Easy Bar & Grill – just 4 minutes heading south and 30 Novelia at a distance of 5 minutes southwest.

For those looking to enjoy their weekend under the sun, finding beaches near Victory Heights will be at the top of their agenda. The closest beach open to the public is The Beach at JBR, 23 minutes northeast of Victory Heights. At JBR beach, residents can enjoy various types of watersports activities such as jet skiing, wakeboarding, boating or they could go for a leisurely camel ride. Another popular beach nearby is the Al Sufouh Beach, 17 minutes away heading north.

There are at least two notable landmarks near Victory Heights, these are also considered a tourist hotspot. For instance, the Dubai Autodrome is a venue that offers motorsports-related activities such as driving experiences behind high-performance vehicles and go-karting. One can reach Dubai Autodrome in nine to eight minutes on average. For residents who prefer leisurely activities of a more subdued nature, there is the Dubai Miracle Garden, the world’s biggest flower garden.

There are many family parks near Victory Heights including:

Novelia Village Park is one nearest to this community. The park itself is situated within the borders of Dubai Sports City and can be reached in four minutes via car. Others parks close by include Olivia Playground where children can engage in outdoor activities, this park is just one minute west of Victory Heights. On the other hand, Gatton Park is a bit further away, one will have to drive for ten minutes heading east towards the community of Dubai Motor City to reach this park.

There are several fitness centres and gyms near Victory Heights, given that Sports City itself is a themed residential and commercial area focusing on fitness and sports. Accordingly, there are at least four gyms that are in proximity to Victory Heights. Fitness First is just one minute away, while Victory Heights community gym can be reached in three minutes. Similarly, one can reach Fitrepublik Fitness Centre and Sports City Football Academy in just five minutes.

Nearby venues for fitness and beauty:

There are at least three spas near Victory Heights. These are the Kapok Massage Spa Motor City, Dreamworks Spa and The Professional Spa. All three of these spas are a six-minute drive east of Victory Heights, these are all situated inside a single plaza.

Residents who plan to actively participate in community events in Victory Heights should remember that the community is part of greater Dubai Sports City.  Likewise, all events that apply to Dubai Sports City can also be enjoyed by residents of Victory Heights. However, community events in Sports City are mostly contingent on sporting events that are scheduled on short notice, before taking place. These could be cricket matches such as IPL or other types of sporting events.

Residents interested in joining social community groups for Victory Heights can become members of the official Facebook group for Sports City. They can enter the name of the official group into the search bar, which is Sports city community (DSC) – Dubai. From there, residents can catch up on the latest and greatest that’s happening in Sports City.

Victory Heights is an ideal place to live in, especially if you prefer to be surrounded by greenery. Though there are several parks and sports clubs near Victory Heights, it is secluded from Dubai City. The only factor to consider is that Victory Heights doesn’t have apartments. However, there are other areas within Sports City that will offer apartments for rent or purchase. Are you looking to buy or rent property in Victory Heights?