All about the Guru Nanak Darbar Gurdwara in Dubai

Note: Guru Nanak Darbar Dubai, like all religious sites in the UAE, is temporarily closed as a precautionary measure against the spread of coronavirus.

While Dubai is famous for its towering skyscrapers, it is also home to some of the most beautiful places of worship in the world. These sites add to the city’s architectural brilliance as well as the religious diversity of the UAE. Today we talk about Guru Nanak Darbar Dubai, which is the largest gurdwara in the Gulf region.

The Guru Nanak Darbar Sikh temple offers everything from daily prayers to monthly and annual festivals and celebrations that breathe life into the city’s multicultural population.

History of the Guru Nanak Dabar

Named after the founder of the Sikh religion, Guru Nanak Darbar is a community-run worship place that hosts millions of Sikhs and non-Sikh tourists. The Guru Nanak Darbar gurdwara Dubai covers an area of 125,000 sq. ft. in Jebel Ali Village, which makes its one of the largest gurdwaras in the world. Not to mention, it is also one of the world’s first ISO certified gurdwaras.

His Highness Sheikh Mohammed bin Rashid Al Maktoum, Ruler of Dubai and Vice President and Prime Minister of the UAE, freely sanctioned the land on which Guru Nanak Darbar Gurdwara Dubai stands today, thereby exemplifying the religious tolerance which is a hallmark of the UAE. The Sikh temple itself stands for peace and hope in the region.

Construction began in May 2008 and the building was completed in December 2011.

In 2010, the foundations were laid for the Guru Nanak Darbar with Sikh religious rites. The grand opening took place on 17th January 2012 with 50,000 devotees in attendance. A total of AED 65M was spent on the construction of the Sikh temple.

The architecture firm Holford Associates designed the Dubai Gurdwara. The firm has already designed several worship places in the city, including a Hindu temple, four mosques and over 20 churches. In addition, Richard Adams from the UK also served as an architecture consultant. Adams has previously worked on the magnificent Shri Guru Singh Sabha Gurdwara in Southall, London.

The architects personally visited the Golden Temple in Amritsar to study the frescoes and wall paintings.

The three-storeyed structure of Baba Guru Nanak Darbar in Dubai boasts traditional and contemporary architecture. As you enter the vicinity, you will find the ‘Parikrama’, a 54 m pathway surrounding the temple. You have to tread this path on foot to reach the main prayer area. You can see devotees offering prayers while walking on the Parikrama.

There is also an exquisite grillwork around the walking area. You can also spot a large pond where devotees engage in ritual cleansing.

The focal point of the gurdwara is the magnificent prayer hall where both Sikh and non-Sikhs congregate to hear kirtans, religious messages and the philosophy of the Khalsa. Both as a religious obligation and social service, Guru Nanak Darbar also arranges a ‘langar’, which is a free meal serving. Thousands of people sit on the floor and volunteers serve them delicious vegetarian meals prepared in the temple’s kitchen.

Location and Getting There

This gurdwara has a popular location in Dubai. It is situated within Jebel Ali Village, a development that stretches along a freeway connecting Dubai to the capital city of Abu Dhabi.

You can reach Guru Nanak Darbar via Sheikh Zayed Road, after which you can take exit 25 or interchange no. 6. Take the first right upon reach Jebel Ali Hospital, following by another right, and you will finally have the grand Sikh temple towards the left.

Once you get off at Ibn Battuta Metro Station, get a taxi to reach the place. If you are visiting on Fridays, remember that there is a free shuttle service by Guru Nanak Darbar which you can board from the Energy Metro Station.

The gurdwara opens for worship, visitations and ‘darshan’ from 04:30 am and you can visit until 08:30 pm at night. The office of the Guru Nanak Darbar Gurdwara Dubai is open from 09:00 am to 09:00 pm every day.

What is the Dress Code for Visiting Guru Nanak Darbar?

Both male and female visitors should show reverence for the religious place by wearing the traditional headscarf. Alternately, you can cover your head with a handkerchief or any other piece of cloth. If you forget to bring a scarf or handkerchief, the administration of the gurdwara will provide you with one.

Also, remember that you will have to take your shoes before entering the premises. These will be kept secure in the storage area of the building and you can retrieve them on your way out.

Other than that, the traditional dress code for tourists in Dubai is also applicable inside the gurdwara.

Do Tourists Have to Make Prior Reservations at Guru Nanak Darbar?

Tourists can easily gain entrance at the gurdwara. However, you should call and inform the administration if you are visiting with a large group.

Guru Nanak Darbar has three levels of underground parking and two floors above ground. Each parking level can accommodate up to 140 cars.

You can reach out to the Sikh temple at:

This wraps up our guide on Guru Nanak Darbar Dubai. Before the construction of this gurdwara, Sikhs in Dubai primarily worshipped at the Bur Dubai temple. You can read more about temples in Bur Dubai on our blog as well.

But with the creation of this gurdwara, Sikh expats, as well as tourists, can now fulfil their spiritual needs just like they would at their temples back home.

Another such upcoming place of worship in the UAE is the new Hindu Temple in Abu Dhabi, which will be the first temple in the capital city to serve the Hindu community. 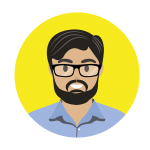 The best places to buy unique souvenirs in Dubai!

All about the Ejari cancellation procedure