Situated off the Mussafah Bridge, Abu Dhabi Gate City (Officers City) occupies a strategic location near one of the access-ways to the capital. Covering an area of around 8.9 sq. km., Abu Dhabi Gate City is a mixed-use community with various upmarket districts. One of its popular districts is Mangrove Village. Developed by Al Ain Properties, it is an exclusive gated villa compound at the southern part of the community connecting to the Khor Al Maqta channel.

Offering an exclusive environment and amenities, the sub-community of Mangrove Village is family-friendly and offers an upscale lifestyle. One of the popular gated communities in Abu Dhabi features over 310 family villas that are clustered between tree-lined streets. It is relatively quieter than other residential areas on the Abu Dhabi Island city so it is great for people who want to live away from the metropolitan bustle. These are a few features of Mangrove Village that stand out:

Besides being a family-oriented neighbourhood, Mangrove Village welcomes pets and has open green spaces for you to walk them around. There are a number of luxury amenities such as a fitness club, private beach, and a marina. Residents get parking facilities as well as 24-hour security and maintenance services, all managed by their luxury Labaih concierge services.

Residential properties for rent in Mangrove Village include 4 and 5-bedroom villas. These rental villas come with balconies, private pools, and spacious backyard gardens. Here are the rental trends of these properties:

Villas for Rent in Mangrove Village
View all 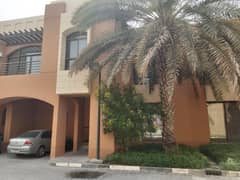 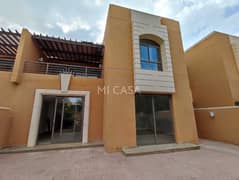 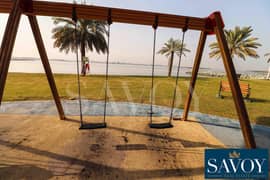 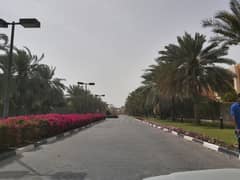 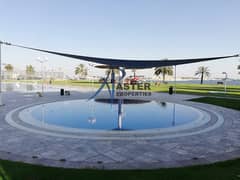 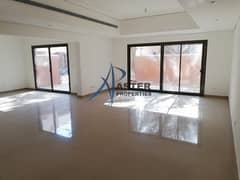 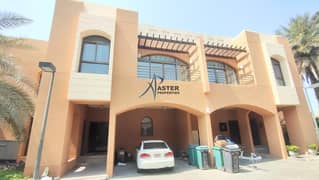 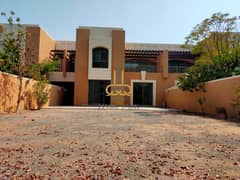 While the minimum count is four, a Mangrove Village house may include up to six bathrooms. The sizes of the villas vary between 3,250 sq. ft. and 4,500 sq. ft. while the average size is 4,000 sq. ft. Most of them also include a room for maid, storage space and a separate area for laundry.

Since the area is away from commercial zones, parking is not a hassle in any sub-community of Abu Dhabi Gate City. There are multiple facilities that offer parking spaces in Mangrove Village for residents as well as visitors. Villas come with shaded carports and driveway space. There is an outdoor parking lot near the supermarket, while people visiting the marina can park their cars on the bays dotted along Mangroves Marina Road.

One of the highways that bridge the mainland with the Island city passes through Abu Dhabi Gate City. Also known as Al Khaleej Al Arabi Street (E20), Mussafah Bridge is the major route for transportation near Mangrove Village. There are two internal roads, Um Ghafrah Street and Dakhnan Street that provide access to this bridge. This transportation route directly leads you to central communities such as Al Mushrif and Al Khalidiyah in 15 minutes with usual traffic.

When running low on a grocery item, having a store close to home is convenient for residents to make a quick visit. Those who prefer Spinneys in Abu Dhabi can find one within the area. An outlet of Spinneys lies conveniently near the gates. It offers a fresh supply of fruits, vegetables, poultry, and meat. Spinneys at Mangrove Village also has a bakery section where you can even find take-away cooked food, salad, and dips. Other than that, you will find other sections related to canned food, frozen food, toiletries, home appliances, florist, etc.

Other options for grocery and home utility shopping include Rich & Fresh Supermarket in the adjacent Seashore Villa Compound and Souq Planet near Shangrila Hotel at Qariyat Al Beri.

There is no place of worship within the premises but there are a few mosques near Mangrove Village. Located in the master development, Al Shaheed Adel Seddeq Mohammed Al Asmani and Abu Dhabi Gate City Mosque lie on a 10-minute walking distance. Amr Ibn Malik Mosque, Assem Bin Udai Mosque, and Shaikh Shakhboot Bin Sultan Mosque lie at a driving distance of 8 minutes.

OTHER PLACES OF WORSHIP NEAR MANGROVE VILLAGE

Churches near Mangrove Village are conveniently situated in the neighbouring community of Mussafah, hardly on a 10-minute drive away. These places of worship are Abu Dhabi Assembly of God Church, Mar Thoma Church, St. Elias Rome Orthodox Church and The Armenian Church of Abu Dhabi.

The newly built temple called New Gurudwara Abu Dhabi can also be found in Mussafah after a 12-minute drive. Other temples, such as Shrinath Ji Temple and Mahamevnawa Buddhist Temple, are located in Dubai and will require a trip of at least an hour and fifteen minutes.

For preschoolers, there is an early education facility called Kidz Venture Nursery based in the compound itself. Other nurseries can be found near Mangrove Village, such as:

These are the schools near Mangrove Village:

The schools nearest to Mangrove Village are located on a 12-minute drive away. For instance, Emirates National School in MBZ City follows the Ministry of Education program and caters to students of any nationality. The Cambridge High School in the Shabiya town follows the National Curriculum for England (NCfE). ADNOC Schools near Abu Dhabi Golf Club is based on the American Massachusetts State Curriculum for the English subject. For subjects such as Arabic, Islamic Studies and Social Studies, it follows the Ministry of Education curriculum.

CLINICS AND HOSPITALS NEAR MANGROVE VILLAGE

For medical visits, these are the closest facilities:

Clinics near Mangrove Village such as Sarhad Medical Clinic and Aster will be able to cater to small to moderate medical emergencies. They are also accessible at a close distance of approximately eight minutes. Residents can also consider Al Maqtaa Healthcare Centre for primary health care. The speciality hospitals near Mangrove Village such as Danat Al Emarat Hospital for Women & Children and LLH Hospital Mussafah will be able to deal with special medical cases.

The nearby areas to Mangrove Village are:

Lying south of the development, Mussafah is a major industrial district of the emirate. A few residential communities like Shabiya and Mussafah Gardens are part of this district. It also houses various places of worship as well as several large shopping complexes. Separated by Al Maqta Channel, Al Maqtaa lies opposite to Abu Dhabi Gate City. Home to notable landmarks and popular tourist attraction, it is a key area that lies on the outskirts of the capital. A large community, Mohammed Bin Zayed (MBZ) City features Capital Mall and Mazyad Mall as well as a number of top schools.

The locality of Mangrove Village is ideal in terms of proximity to various shopping centres too. The retail destinations across the mainland areas as well as in Abu Dhabi Island city are quite close. The malls near Mangrove Village are:

Located on an eight-minute drive away, the mall nearest to the sub-community is The Souk at Qaryat Al Beri that overlooks the canal. Although an Arabian-style mall, The Souk offers international dining and retail outlets as well as the Venetian experience of gondola rides across the waterway. Another easily accessible shopping centre is The Village Mall in Mussafah. A little further down the Abu Dhabi – Al Ain Truck Road, you will be able to spot Dalma Mall, which has over 450 local and international brands. For instance, labels like GAP, Aeropostale, Cotton On, Caterpillar, and Steve Madden are present in Dalma Mall.

Whether cafes or restaurants, the locality offers proximity to a number of eateries. These are the nearby places where you can have quick bites and enjoy coffee:

Restaurants near Mangrove village include:

Dining places are limited in the suburb, however, Circle Café fills the void. Offering a waterfront view, the eatery includes breakfast options and a vegan section in its menu. There are a few eateries along Umm Gharfrah Street, such as Al Sayyad Restaurant & Grills, Baith Al Baraka Restaurant, Fileh Inn Restaurant, Dunkin Donuts, and Gulf Pastry.

One of the advantages of living in Mangrove Village is the uninterrupted view of the canal that residents can enjoy from their terraces. The community also has access to a private beach that lies next to a marina. Another attractive factor is being close to many other waterfront leisure destinations and luxury resort hotels. A tourist spot, the five-star Shangri-La Hotel at Qaryat Al Beri features a small stretch of a private beach. Located on the other side of the canal, The Ritz-Carton Abu Dhabi resort is another waterfront destination with a private beach. Other beaches near Mangrove Village are Al Qurm Beach and Al Bateen Beach that are around 14 minutes away.

When it comes to tourist attractions, Mangrove Village offers a wealth of amenities in the nearby areas. One of the prestigious places known as Sheikh Hizza Palace lies next to Mangrove Village. Few of the other notable landmarks in proximity to the sub-community include:

Harboured over the Khor Al Maqtaa channel, the centuries-old Al Maqtaa Tower is visible while crossing the Maqta Bridge. The preserved castle known as Al Maqtaa Fort is a historical landmark which lies next to the bridge. These two tourist attractions are just on an eleven-minute drive away. Located on the Island, Sheikh Zayed Grand Mosque is iconic for its massive size and spectacular Islamic architecture. It is accessible in just nine minutes via Abu Dhabi – Sweihan – Al Hayer Road (E20).

Facilities for outdoor activities in or near Mangrove Village include:

Located at the far end of the central road, there is a community centre with recreational facilities. Besides the seafront café, it consists of outdoor and indoor swimming pools, tennis and basketball courts, a fully equipped gym and a playground. This residential suburb also has its own well-maintained marina that makes a great spot for watersports enthusiasts. Football fans can book the football field present in the Sports Support Academy at the northern area of Abu Dhabi Gate City.

The nearby amenities that offer beauty and spa service include:

Nano Spa & Beauty Centre is located on just a three-minute drive away and is also close enough to access on foot. For keratin treatments and haircuts, one could visit Hair Concept Salon in Al Maqtaa. Nadreen Beauty Salon is one of the top rated salons in the region. Capelli Centre offers attractive deals on spa, massage and haircut services but for a more Abu Dhabi.

Mangrove Village, or Abu Dhabi Gate City, do not host community events as the entire development strives to provide a peaceful, distraction-free environment. The nearby area, Al Maqtaa community, is known to have hosted events such as National Day celebrations with dazzling firework performances over the canal. Around the same area, Shangri-La Hotel and Traders Hotel host Abu Dhabi Dragon Boat Festival every year, which involves thrilling boat racing competitions.

Residents can follow social media community groups on Facebook such as Mangrove Village, Abu Dhabi to get community updates and stay in touch with fellow members.

Mangrove Village offers a range of luxury houses with high-end prices. People who are searching for affordable residential options will have to look around at other nearby areas such as Al Maqtaa, Mussafah and Between Two Bridges. Are you looking to rent properties in Mangrove Village?