The area is connected to some important routes; therefore, it is one of the major roads of Abu Dhabi. Extending from Sheikh Mohammed Bin Zayed Bridge, it runs along Abu Dhabi’s eastern end and joins Corniche Road. This network also runs across the downtown area of Abu Dhabi, near the Madinat Zayed shopping district.

Eastern Road is a major road network in Abu Dhabi that houses many residential and commercial properties along the way. It is connected to key residential areas such as the Eastern Mangroves and Khalifa Park, which are some of Abu Dhabi’s liveliest residential communities with plenty of leisure spots and shopping avenues.

There is a variety of residential properties for rent in Eastern Road. These include rental apartments and villas. Generally, the apartment buildings vary in the number of floors and flats but the amenities are similar. These flats come in studio to 4-bedroom configurations and feature a modern kitchen, en-suite bathrooms and spacious bedrooms. Some flats even come with a road facing balcony.

Those looking to rent a villa can find many options in Sheikh Khalifa Park and Eastern Mangroves. These villas usually feature 4 deluxe bedrooms, a closed kitchen and attached bathrooms spanning over 3,200 sq. ft. to 6,620 sq. ft. Also, each 4-bedroom house has a balcony, a maid’s room and laundry apart from basic amenities. Moreover, impeccable security systems and shared community facilities are accessible from each villa in the compound.

Apartments for Rent in Eastern Road
View all 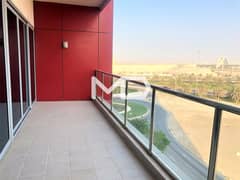 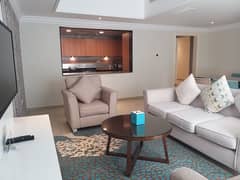 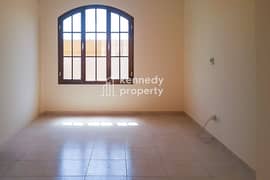 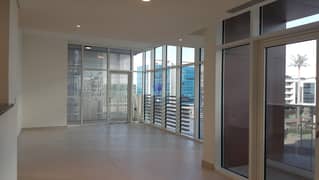 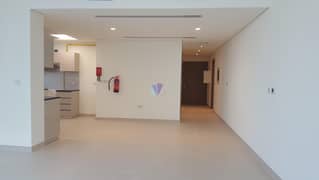 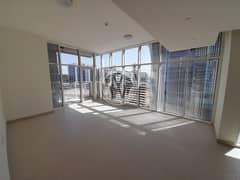 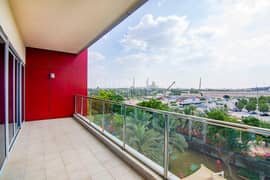 Villas for Rent in Eastern Road
View all 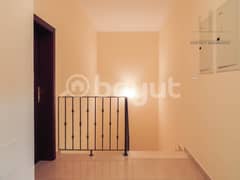 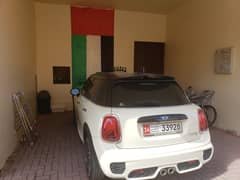 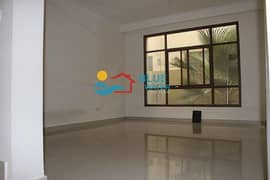 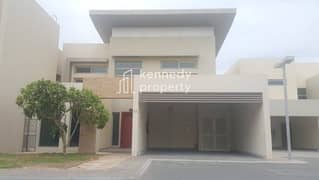 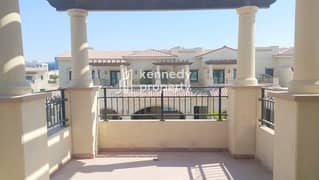 According to Bayut’s statistics, Khalifa Park is the most popular community for renting properties in Eastern Road. Khalifa Park has a wide range of apartment buildings with studios to 4-bedroom units. Those willing to rent apartments in Khalifa Park can find prices between AED 28k and AED 160k per annum.

Eastern Mangrove Complex is the second most popular residential community part of Eastern Road. It boasts villa compounds and a few apartment units. Housing projects in Eastern Mangroves Complex are developed by the Tourism Development and Investment Company (TDIC). There are three apartment buildings in this residential complex which have spacious balconies that overlook tall mangrove trees. The towers in Khalifa Park are mostly built in front of man-made lakes and are designed with glass and marble. Apartments for rent in Eastern Mangroves Complex vary from AED 54k to AED 245k yearly.

East Cornich Road is the third most popular community on the list.

Those looking for floor plans can browse through the Eastern Road floor plans available for popular communities.

Those travelling within the vicinity of Sheikh Zayed Bin Sultan Street can find few hotel accommodations at short distance. These include:

Al Nakheel Hotel Apartments by Mourouj Gloria is located in Abu Dhabi. All units are equipped with a private bathroom with a shower, a towel, a flat-screen TV, a kitchen fitted with a dishwasher. There is a seating and dining area in some units. A microwave and coffee machine are also provided to guests. The hotel property offers a complimentary bottled water upon arrival and free Wi-Fi. The accommodation boasts a sauna for relaxation. The property also offers grocery delivery and karaoke.

Dusit Thani Abu Dhabi is a 5-star hotel ranked among the top 100 hotels in the world. It is centrally located at Sultan Bin Zayed The First Street (Al Muroor Road). You can choose from 402 guest rooms and suites with a full range of modern amenities and conveniences. Accommodation options in the hotel include Deluxe Room, Dusit Club Room, Junior Suite, Club Junior Suite, Club Executive Suite, Presidential Suite, Royal Suite, Studio and 1-bedroom apartments. Those looking for dining options can find a diverse mix of restaurants such as Namak, Benjarong Restaurant and Lounge, Urban Kitchen, Orchid Lounge, Dusit Gourmet, Urban Café and Dusit Breeze. This hotel also offers some of the best brunches in Abu Dhabi 2020.

The villas on Eastern Road have their own parking spaces for residents, while visitors can park on the street. Apartment buildings come with reserved basement parking, the number of spaces depends on your unit and will be mentioned in your tenancy contract. Those with more than one car will generally have to rely on-street parking.

Public parking spaces on Eastern Road are generally full in the evenings and on weekends. Khalifa Park residents will find that there is a parking lot for residents and visitors. Free parking is also available as 7,000 parking spots have recently been added to the area.

Public Transportation on the Eastern Road

The closest bus stations to Eastern Road are Sultan Bin Zayed Station and Al Falah Station, both are 5 minutes away on foot. The bus lines that stop nearby include Bus 160, 32, 56 and A1.

Al Salam Street or Eastern Ring Road is famous for a reason. It houses many of the basic amenities including shops and marts, hospitals and clinics and educational institutes. There are plenty of options for residents of Eastern Road to fulfil their daily needs which make the residential communities around here, one of the most sought-after places in Abu Dhabi.

Driving across the streets, one can find plenty of supermarkets located just along the road. Waitrose is a supermarket chain preferred for imported British goods, as well as fresh produce and baked items.

Lulu Xpress, a well-known supermarket stocks daily essentials and is located on Muroor Road. Various outlets of Spinneys are also located at short intervals near the community. Other local supermarkets on Eastern Road are Alam Supermarket, Fatima Supermarket, Al Falah Plaza and Millennium Trading. The nearest branch of a Carrefour Market is located in ADCP Tower and Al Seef Compound, roughly 9 minutes away on different ends of Eastern Road.

CHURCHES, TEMPLES AND MOSQUES ON THE EASTERN ROAD

Sheikh Zayed Grand Mosque is the most popular mosque on Eastern Road. Undoubtedly, it is the largest mosques in the UAE and one of the most beautiful mosques in the world. It is usually crowded on Fridays and Eid gatherings with over 40,000 people in attendance. However, being easily accessible within 6 minutes from the residential areas of the Eastern Road, residents prefer this mosque to even offer regular prayers.

Those looking for a church nearby can visit the churches in Al Mushrif, such as St. Andrew’s Church, St. Joseph’s Cathedral and St. Therese Church. There aren’t any temples on Eastern Road and residents will have to travel to Dubai to visit the Hindu and Buddhist temples. Sikh residents can visit the New Gurudwara Abu Dhabi in the community of Mussafah, it is 16 minutes south of Eastern Road.

Parents looking for good institutes for foundation stages can send their kids to Edu Care Nursery, MindChamps Nursery and My Joyful World Nursery. Moreover, there’s an educational institute for children known as Stars for Special Abilities & Early Intervention. It provides services for children with learning disabilities and helps to improve the quality of life for all its students.

One of the reputable international schools near Eastern Road is Brighton College Abu Dhabi, it follows the British curriculum and has been rated as ‘Outstanding’ from the Department of Education and Knowledge (ADEK) of Abu Dhabi government.

Higher education options near Eastern Road include the University of Strathclyde Business School and Abu Dhabi School of Management.

CLINICS AND HOSPITALS ON THE EASTERN ROAD

Eastern Road runs across several residential communities of Abu Dhabi that lead to the family-oriented environment of this neighbourhood. Its nearby areas include the residential districts of Al Gurm, Al Qurm, Al Muroor and Al Reem Island. The bustling Airport Street also lies in proximity, it is Eastern Road’s “next-road neighbour”.

A number of leisure spots are located on Eastern Road which are popular among residents, visitors and tourists.

One of the many malls near Eastern Road is Mushrif Mall located on Airport Street. It is an 11-minute drive away and houses several famous eateries and brand outlets, it also offers loads of entertainment facilities, especially for children. Mushrif Mall also has a small aquarium, a fish market and a food court.

Near the Eastern Mangroves Complex and Khalifa Park is the Al Seef Village Mall. It is the closest mall for the residents of Eastern Road. One of its key factors is the outdoor market called The Walk at the back of the mall. The Walk is home to many restaurants and salons, as well as an Art Gallery showcasing the work of local artists.

Fine-dining options in the area are part of the Anantara Eastern Mangroves Abu Dhabi Hotel. Ingredients is an all-day dining restaurant with an international menu of different cuisines, Pachaylen is one of the best Thai restaurants in the city and Impressions is a popular rooftop lounge.

BEACHES NEAR THE EASTERN ROAD

Corniche Beach is a well-known and popular beach in Abu Dhabi. It consists of three gates, Gate 1 is known as Al Sahil Beach and is dedicated for singletons. Gate 2 and Gate 3 are made for families, Gate 3 has many amenities for young children. Corniche Beach is located towards the north-west of Eastern Road and roughly 15 minutes away from the residential area.

Living on Eastern Road means that is lots to do in the neighbouring areas. The major highlight of this area is Khalifa Park, which is also one of the largest parks in Abu Dhabi. It has huge manicured lawns, man-made lakes and waterfalls.

Watersports fanatics can head out towards Murjan Splash Park and those who want to play many different sports can visit Zayed Sports City. On the other hand, Mangrove National Park is a paradise for nature lovers, it is a popular bird-watching spot. The possibilities of adventure and leisure activities are endless as one can go kayaking through the water channels or enjoy fishing at the Eastern Mangrove Fishing Spot.

If you plan to move to the Eastern Road, you can expect a morning walk amidst rich green lawns. While evenings can be enjoyed sitting in the balcony watching the birds and mangroves trees. Residents like to stroll in the park and kids are free to play with their friends and pets.

Fitness First in the Al Seef Village Mall is one of the gyms near Eastern Road. Other options include Sweat, Ultimate Women’s Fitness Club and YogaOne. Salons and spas in the area include Cosi Bella Ladies Salon, Arabella Class Spa and Siryano Gents Salon & Spa.

If you want to catch up with important festivals and events, there are many places to go to. You can head out towards Sheikh Zayed Grand Mosque during special events. Moreover, Corniche Beach hosts exciting events including street food festivals and breakdance workshops. The massive Mother of the Nation Festival is held on Corniche Beach annually.

Before moving to Eastern Road, you must keep in mind that the place is vibrant and always busy. This is because there are numerous shops, schools, malls and restaurants in proximity. Therefore, those who appreciate a buzzing neighbourhood should consider living in this residential community.