A 4 km stretch in the heart of the capital city, Hamdan Street is one of the oldest areas in Abu Dhabi, known for its retail hubs, commercial buildings and gleaming apartment complexes. A consistent favourite with Abu Dhabi renters, the Hamdan Street apartments came in the sixth spot in Abu Dhabi according to the 2019 Market Report by Bayut. Running parallel to the Corniche road in the capital, Hamdan Street is home to the oldest mall in Abu Dhabi, Hamdan Centre. With its wide selection of eateries, hotels and leisure activities, it’s easy to see why the area has remained a firm favourite with the city’s renters. This area guide delves into the details of what living in Hamdan Street Abu Dhabi is all about.

Hamdan Street, or Sheikh Hamdan bin Mohammed Street as it is called, is one of the oldest neighbourhoods of Abu Dhabi. Famed for its affordable shopping outlets, a series of hotels and towering buildings. It is one of the main roads connecting the city, close to the Corniche and Madinat Zayed. Hamdan Street Abu Dhabi is popular among tourists in the country, thanks to the many hotels that line its stretch. This hasn’t taken away from the appeal for the renters in the emirate, as evidenced by the popularity of the area.

The properties in Hamdan Street comprise of high-rise apartment buildings along with some of the oldest commercial buildings in the capital. There are predictably no villas on Hamdan Street, but the apartments are certainly spacious enough to accommodate families.

Apartments for Rent in Hamdan Street
View all 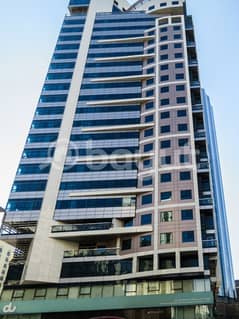 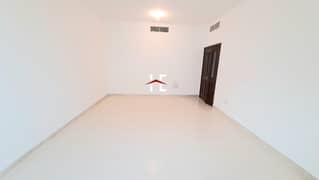 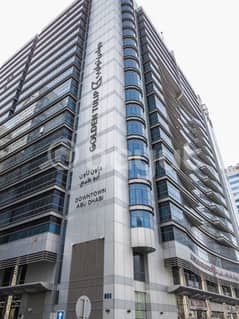 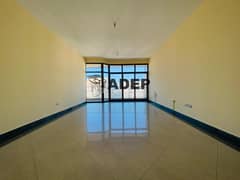 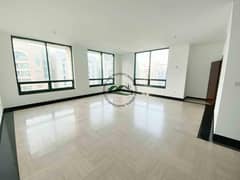 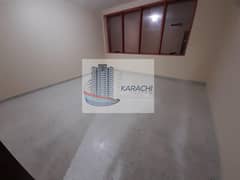 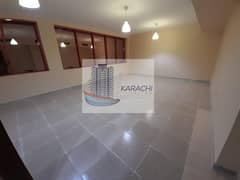 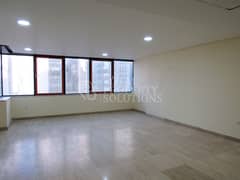 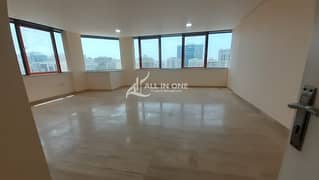 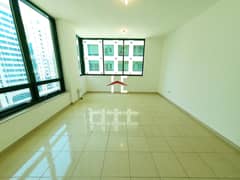 The apartments on Hamdan Street are definitely popular for rentals in Abu Dhabi. For those looking at moving to Hamdan Street the most popular tower appears to be the Emirates Tower. City Centre is the next popular address and Hamdan Tower with a mix of 1, 2, 3-bedroom apartments and 4-bedroom penthouses, is a hit with families of all sizes in the capital. Liwa Centre and Golden Falcon Tower round up the list of top 5 locations. There are also a number of offices and commercial buildings on Hamdan Street.

One of the major points of interest for this area is the availability of a range of hotels and serviced apartments. Some top-favourite hotels include:

Novel Hotel is closer to the Corniche waterfront. It is one of the most affordable hotels in Abu Dhabi. Besides the basic amenities including swimming pools, fitness club, social lounge and dedicated guest parking, the hotel features a choice of 4 fine-dining restaurants and 3 bars. The next favourite on the list is Al Maha Arjaan by Rotana located in the main business district. It offers a range of serviced apartments ideal for individuals and families alike. One can also plan their stay at Crowne Plaza Abu Dhabi, a popular 5-star hotel in the vicinity. The plaza is a 12-minute short walk away from the Corniche and features an 18-metre rooftop pool.

It is one of the busiest areas of the capital city, which means finding parking spaces can often be a challenge for busy commuters. The Mawaqif Underground Parking has provided a sustainable paid parking management solution in the area by introducing premium and normal parking zones to cater to visitors and those residing in the area.

Public transportation on Hamdan Street Abu Dhabi does not pose to be a challenge for visitors and residents. Taxis are available throughout the day and several bus services, including X89, X62, 33, E100 and 54 connect the street to other popular areas in Abu Dhabi. There are several access points to Hamdan Street, considering its central location in Abu Dhabi. Liwa Street connects the area to the World Trade Centre Mall and Al Muroor Street and Sheikh Rashid bin Saeed street connects it to the Corniche.

Being so centrally located, the area features all the amenities as expected from any community in Abu Dhabi.

In terms of groceries and other shopping requirements, the most popular supermarket in Hamdan Street is Lulu Hypermarket. Incidentally, this is also one of the oldest Lulu stores in the capital, which underwent a complete revamp a few years back. Most residential buildings also have local groceries and small marts that quickly home deliver urgent necessities.

There are several mosques on Hamdan Street, including the Ali Bin Murshid Mosque, Darwish Mosque, Omeir Bin Yousuf Mosque and Qasr al-Hosn Mosque, all of which are under 10-minutes from the mix-purpose street. There are a few of the most-visited Abu Dhabi churches in proximity to Hamdan Street. Church of Great Saint Anthony, St Joseph’s Church and St Andrew’s Church are all a short drive away. Currently, there are no Hindu temples in Abu Dhabi, but plans for the first landmark temple in the capital have been announced and it is expected to be completed soon.

When it comes to schooling options, one can find repuatable nurseries and high schools close by. The nearest schools include GEMS Winchester School which offers the UK curriculum from Foundation Stage to Year 9. There is also the International Jubilee Private School which follows the American syllabus until Year 9 as well. For younger children, the Al Muna Academy is one of the well-known elementary schools close to Hamdan Street. It provides schooling from Foundation Stage 1 (FS1) up to Grade 6 and acts as a feeder school to Al Bateen Academy, Al Mamoura Academy and Al Yasmina Academy sister schools.

Clinics and Hospitals on Hamdan Street

In terms of medical amenities, residents of Hamdan Street can rely on several hospitals and clinics located around the area. Ahalia Hospital and Mediclinic are some of the larger hospitals nearby, whereas the Aster Clinic on the street is available for any immediate emergencies.

The area is centrally located and quite well connected to popular areas in Abu Dhabi, including the Corniche, Marina Mall, Al Khalidiyah and Madinat Zayed. The bus station to Dubai is less than 15-minutes away and the ever popular Yas Island is a 30-minute drive away.

One of the benefits for residents of Hamdan Street is the vibrant, colourful lifestyle it offers. Boasting a selection of hotels, including the international favourite Crowne Plaza, and featuring several stores and boutiques, there’s never a dull moment on this Street.

Hamdan Street is known as one of the oldest shopping destinations in Abu Dhabi. Here, Hamdan Centre is a veritable treasure trove of obscure finds that you won’t come across in any malls in the city. It’s a great place to buy leather goods, knick-knacks and touristy souvenirs, shoes and sports equipment. Hamdan Centre isn’t the only shopping destination, the street is also well-known for the slew of gold shops which have been a hallmark of the area for several decades.

If you fancy the familiar environment of a mall, the World Trade Centre Mall is close by, stocking a huge selection of international brands. There are also standalone stores on Hamdan Street, like Marks and Spencer, Brands for Less and Homecentre if you are looking for something more specific. The parallel roads feature several Asian stores selling yards of gorgeous fabric and Arabic stores with a selection of Abayas and scarves.

Shopping is easily one of the UAE’s favourite activities, but eating-out comes in at a very close second. There is an eclectic mix of restaurants on Hamdan Street Abu Dhabi from local cafeterias, chic cafes and to luxury fine dining establishments. The Pizza Hut close to Hamdan Centre is rumoured to be the oldest in the emirate and is still popular amongst the city’s residents. Other popular restaurants in Hamdan Street include Le Beaujolais in the Mercure Abu Dhabi, Spaccanapoli in Crowne Plaza, Ortego’s Deli and Ruchi Restaurant. The dining outlets in the World Trade Centre Mall are also not far away to add a little more variety.

In terms of licensed options, the hotels in Hamdan Street Abu Dhabi have a few options. The Up and Below at the Courtyard by Marriott World Trade Center Abu Dhabi and Heroes Pub in Crowne Plaza are great places to let your hair down in the city.

When you live in the UAE, a beach is always near! For beaches in Hamdan Street, residents can pop down to the iconic Corniche beach for some sun, sand and sea. The beach, which has separate sections for singles, families and the general public, has been awarded coveted Blue Flag status – an international standard that guarantees clean and safe bathing water.

Hamdan Street is fringed on one end by the Qasr al-Hosn, the oldest stone building in Abu Dhabi. The iconic monument, which is also known as the White Fort, was the former seat of royalty in Abu Dhabi and is one of the oldest forts in the country. The building is now the subject of extensive archaeological research and houses a range of weapons and artefacts used during its prime. It is certainly one of the must-visit attractions near Hamdan Street.

Abu Dhabi Public Parks offer the residents a quiet place to get fit, take the family out for a picnic or simply relax away from the bustle of the city. Family Park close to the Corniche, The Capital Garden near Crowne Plaza and Lake Park near the beachfront are some of the popular parks for those residing in the area, complete with running tracks, barbecue pits and shaded walkways.

The jogging tracks along the corniche are also great outdoor options to get some exercise for residents. If you prefer to get fit indoors, there are several gyms along Hamdan Street, including Lifetime Fitness. Super Las Vegas Gym, and Ruby Fitness in World Trade Centre Mall. The hotels on the street like Crowne Plaza, Al Maha Arjaan by Rotana and Mercure also offer gym and swimming memberships for residents who are looking for an all-around fitness centre.

Beauty salons and spas are also staples of the hotels on Hamdan Street. Notable standalone salons popular with the residents include the Glam House Beauty Salon and Magic Princess Ladies Salon.

The highlights in the social calendar for Hamdan Street residents are the monthly movie screenings hosted by Alliance Francaise in the Mercure hotel and the 11-day yearly Qasr al-Hosn festival.

Once every month, Alliance Francaise screens notable subtitled French movies at the Mercure Pool Terrace. The outdoor setting of the cinema and the efficient hospitality of the Mercure group makes it one of the things to do in Hamdan Street.

Qasr al-Hosn festival is an 11-day cultural festival staged at the fort, featuring live music, dance performances and a series of other activities projecting the culture of the UAE. During this festival, the fort is open to the public for viewings and performances.

Another benefit of living in Hamdan Street is the proximity to the Abu Dhabi Corniche, which is a popular location for several high-profile events in the capital.

Hamdan Street has always been a popular destination to live in Abu Dhabi, but there are a few things to consider if you are planning on moving to Hamdan Street. Being in the heart of the city, Hamdan Street is one of the busier areas in the capital, and you might find the noise and traffic a little distracting. There are also no villas in the area if you are looking for a little more space.

Are you looking to rent apartments on Hamdan Street?