Amazing facts about Palm Jumeirah that will blow your mind!

How much do you know about Dubai’s famous Palm-shaped Island and its unique architecture? MyBayut has compiled this list of amazing Palm Jumeirah facts to give you the lowdown on this iconic development. Famous for its glitzy hotels and luxurious apartments, Palm Jumeirah is the world’s largest man-made island. But there’s a lot more to this stunning engineering marvel than meets the eye. Read on as we unearth some fascinating unknown facts about Palm Jumeirah Dubai.

The development operations of Palm Jumeirah kick-started in 2001 and it took six years to complete the project. Local real estate company, Nakheel was the developer of Palm Jumeirah. With their years of knowledge and experience, Helmen Hurley Charvat Peacock proposed this unique architecture of Palm Jumeirah, which has since become one of defining landmarks in Dubai.

The construction process of Palm Jumeirah was one-of-a-kind as it was built using land reclamation.

Want to know how large Palm Jumeirah is? Who the popular celebrity homeowners in Palm Jumeirah are? Tighten your seatbelts as we reveal all.

WHAT IS THE PURPOSE OF THE PALM ISLANDS?

WHEN WAS PALM JUMEIRAH BUILT?

The construction of the island was initiated in 2001 and after six years the new land was ready for construction. Residential and commercial development started in 2006. By 2011, it featured about 32 luxury hotels to accommodate over 25,000 guests and 60,000 residents in villas and apartments in Palm Jumeirah worth $30 billion.

HOW MUCH DID IT COST TO BUILD PALM JUMEIRAH?

The cost of construction in Palm Jumeirah Island is worth $12 billion that excludes dwellings and resorts. Palm Jumeirah is also home to a sprawling $1.5 billion resort Atlantis Hotel that boasts a waterpark, underwater aquarium and more.

The architectural design of Palm Jumeirah Island was contributed by Helman Hurley Charvat Peacock (HHCP). It is a celebrated US firm that designed famous workspaces such as Sea World, Disney Studio and Universal Studio.

Palm Jumeirah is government property and its developer is state-owned Nakheel Properties.

HOW MUCH IS THE COST OF AN APARTMENT IN PALM JUMEIRAH?

This freehold area in Dubai also has a selection of apartments and villas for sale. As per current listings, the starting price for a villa for sale in Palm Jumeirah is AED 3.5M while for Palm Jumeirah rental villas cost between AED 400k.

IS PALM JUMEIRAH AN ISLAND?

Technically, it does not fall in the definition of an island as it connects with mainland Dubai through a 1.4 km bridge. There is also a 6-lane underwater bridge connecting the trunk to the crescent of the island.

That’s a wrap on our fascinating Palm Jumeirah island facts. Have we missed something? Let us know in the comments section below.

Want the lowdown on one of Dubai’s other iconic landmarks? These fascinating facts about Burj Khalifa that will blow you away. And while you’re at it, there are also some interesting facts about the history of Dubai to discover.

Stay tuned to MyBayut for more interesting news about real estate from the UAE. 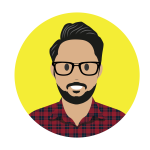 All about the new Smart Gate in Abu Dhabi