Since decades, the Hindi film industry, Bollywood has stunned the world with its larger than life performances. Whether its Madhuri Dixit’s dance moves, the intense fight sequences of Salman Khan or Shahrukh Khan’s signature romantic style; Bollywood has earned praise and respect from spectators worldwide. Bollywood Parks Dubai is an initiative to pay tribute to the legacy of the hugely successful film industry.

This theme park is part of the Dubai Parks & Resorts, covering 1.7 million sq. ft, which also includes Legoland, Legoland waterpark and Motiongate Dubai. It is an epic homage to the glamorous extravaganzas of Bollywood comprising of Indian superheroes, popular Hindi movies and iconic characters. The residents of Dubai can now witness the colourful world of Mumbai’s famous film industry, at the world’s first Bollywood Parks in Dubai.

Bollywood Parks Dubai is categorised into five zones namely Bollywood Boulevard, Mumbai Chowk, Rustic Ravine, Royal Plaza and Bollywood Film Studios. You can experience five different environments inspired by the greatest Bollywood movies and characters. From the colourful recreations of the streets of Mumbai to thrilling 3D rides inspired by Indian superheroes, there are plenty of exciting attractions in Bollywood Parks Dubai.

This zone is all about live entertainment, fun cafes, and vibrant colours. Bollywood Boulevard will take you back to the era of the 60s, 70s, and 80s, where the first superstars of Hindi cinema reigned over the silver screen. ‘Crossroads’ is the major attraction of this zone which hosts flamboyant performances on popular dance numbers. This zone gives you a  glimpse into the growth of India’s glorious entertainment industry.

Other popular activities and rides in this part of the park include Rock On, Desi Emporium and Chalte Chalte.

Any mention of Bollywood is incomplete without talking about the famous Indian city, Mumbai. Bollywood fans in Dubai can never miss the opportunity to relive the spirit of Mumbai. This zone enables you to explore the famous street culture, food, shopping, and party spirit of Mumbai. Fans of the ‘Don’ series starring Shah Rukh Khan will love the 3D ride inspired by the character in this popular theme park in Dubai. You can also relive the old Bollywood romantic songs on the Mumbai Express, where classic tunes are performed on the train’s rooftop stage.

The true spirit of rural India comes to life at Rustic Ravine. This zone celebrates the rural culture of India as depicted in their popular movies Lagaan, Sholay, and Dabangg. Dubai residents can relive the famous cricket match of Lagaan by joining the protagonist Bhuvan’s team against the British Raj at the motion simulator ride in Bollywood Parks Dubai, ‘Lagaan – Thrill of Victory’.

One of the fun activities for children in Bollywood Parks is the merry-go-round titled ‘Lagaan – Champaner’s Cricket Carnival’.

You can also experience the glory of Sholay by riding on a 3D interactive carousel and arm yourself with an infrared gun and hunt for Bollywood’s most spectacular goon, Gabbar Singh. In order to score the most hits, the participants have to compete with their friends. Lastly, you can watch Salman Khan’s iconic character, police officer Chulbul Pandey in a thrilling race against time as he fights to rescue his beloved and her friends in the ‘Dabangg Stunt Spectacular’ show.

If you are looking out for spectacular musical shows in Bollywood Parks, this is the place to be! Experience the royal lifestyle at the Rajmahal Theatre, where several shows are held. This Broadway-style Bollywood musical is a visual spectacle where you can catch a variety of classic shows including ‘Jaan-e-Jigar’. Get ready for two hours of action-packed entertainment, complete with spectacular musical that takes you to the lane of royal town, Ishqabad in this exciting activity in Bollywood Parks. This fantasy tale of magic, suspense, and drama is brought to life with live accompaniment of music and dance.

Royal Plaza takes your Bollywood experience to the next level with a variety of high energy performances held at ‘Stars on Steps’. It is a glitzy Bollywood musical show where dancers recreate the magic of classic and popular Bollywood songs of all times. A magnificent backdrop of gorgeous temples and courtyards appears on a gigantic LED screen behind the dancers. A high energy show paying homage to the South Indian film industry is also held here.

One of the most popular rides in Bollywood Parks Dubai, the multi-sensory 4D theatre adventures with India’s most loved superhero, Krrish is a must-try at this popular Dubai amusement park. A particular favourite with kids, you can fly through the sky with panoramic views of India’s spectacular landmarks, and witness the battle to save the world from an alien invasion. Kids can also explore the virtual world of Ra.ONE.

Later, you can head to the real world at Rangmanch for traditional ‘Banjara’ dances performed by the nomadic tribes in India and watch an authentic ‘Nautanki’ which is the equivalent of a sprightly street play. To lend the atmosphere a feeling of authenticity, these performances are held in open-air venues, much like how they would be depicted in classic Indian movies.

The visit to the behind-the-scenes area is a must as it gives you a glimpse into the process involved in Bollywood movie production and live stage shows. Relive some of the most iconic romantic scenes from Hindi movies at Cinema Circle where  dancers perform iconic Bollywood rain songs

Bollywood Parks Dubai tickets can be purchased directly through the official website. There are different types of tickets for Bollywood Parks depending on whether you are a UAE resident or tourist.

For non-residents, the cost for a one-day ticket to Bollywood Parks is AED 175 with children under three going free.

For families who enjoy visiting theme parks in Dubai, the annual pass to all the amusement parks in Dubai Parks and Resorts costs AED 575.

From Mughlai delicacies to a Rock On themed bistro, Bollywood Parks Dubai offers a wide variety of dining options. Families visiting Bollywood Parks Dubai on weekends can choose to dine either at sit-down restaurants, relaxing cafes, or fast-food joints. In addition, the venue also hosts several food festivals and other events.

Located at Bollywood Boulevard, Jumbo Café is modern day cafe offering you a wide range of milkshakes and ice creams. You can also enjoy coffee as well as a large variety of teas. Some temptations include Arabic dates, sandwiches, and doughnuts.

Located in the Royal Plaza,  you can indulge in the finest Mughlai dishes at Mughal darbar themed restaurant. It is open every weekend from Thursday to Saturday.

A classic Punjabi roadside ‘dhaba’ (street food stall), located in Rustic Ravine, this is the place to enjoy Desi food. The menu includes home-style curries and tandoori specialities served with different types of bread and pickles.

This place is located in Bollywood Film Studios offering western fast food. If you are looking to grab a quick bite, then don’t miss out Studio Canteen. The menu comprises of pizzas, burgers, cold dishes, and other options which are perfect if your kids are not used to spicy Indian food.

Bollywood Parks Dubai is part of a mammoth recreational development located close to Jebel Ali, which also includes the popular Dubai Outlet Village. Some of the nearby hotels of this location are  Lapita Hotel Dubai, Jebel Ali Golf Resort, and the popular hotels in Dubai Marina and Palm Jumeirah.

If you are a true Bollywood fan, then don’t miss out a chance to visit  Bollywood Parks Dubai with your family and friends. It offers a great distraction on weekends to Dubai residents and has grown into a popular spot with tourists too.

If you are interested in other theme parks in Dubai, to have fun with friends and family, check out the Hollywood inspired theme park Motiongate, Wild Wadi waterpark, and other cool water parks in UAE. 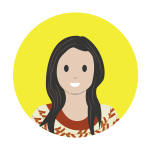 AA
Business grad with a flair for creativity. AA enjoys reading and exploring new travel destinations. She is super obsessed with shopping, baking, and watching Netflix shows. She admires intelligence and has a soft corner for stray dogs.

Top schools in and around Deira that offer quality education