Catch the biggest concerts and other mega-events at the Coca-Cola Arena Dubai in City Walk! From upcoming events to ticketing information, here’s everything you need to know about the famous multipurpose arena.

ABOUT THE COCA-COLA ARENA DUBAI

The Coca-Cola Arena located in City Walk Dubai is a first-of-its-kind venue in the Middle East. Previously known as Dubai Arena, the venue has been making waves ever since it opened.

Coca-Cola Arena Dubai plays host to all kinds of spectacular events. We’re talking large-scale musical concerts featuring artists like Maroon 5, Westlife and John Legend. It has also been the site of professional sporting tournaments in tennis, basketball and even ice hockey. Additionally, exhibitions and conferences have been held here as well.

The venue also earns acclaim for its massive size. It is entirely indoors and air-conditioned.

Brace yourself for a one-of-a-kind musical extravaganza at Coca-Cola Arena, part of the ‘Eid in Dubai’ events lineup. Courtesy of Full Circle, Afrojack and Steve Aoki have returned to the UAE for a memorable performance.

The Grammy Award-winning producer, songwriter and DJ, Afrojack, is famous for pushing music in new directions. He will be accompanied by Steve Aoki, one of America’s most successful cross-genre performers.

Note that the Golden Circle and Regular Standing zones of the venue are only open to visitors aged 16 and up for this show.

Another entry in the “Eid in Dubai” celebrations is the much-awaited show of Abdul Majeed Abdullah. A Saudi singer, composer and actor, Abdul Majeed performs in top local and international music festivals now and then.

The singer was among the group of artists who sang the national anthem titled “Salam from Saudi Arabia” in 2020. It was a part of a collaboration between Saudi Arabia’s General Entertainment Authority (GEA) and Rotana Audio Visual.

Get ready for a musical journey with the diva herself, Shreya Ghoshal! The famous singer is coming back to Dubai with a sensational spectacle. This mega event should be on your Eid in Dubai entertainment calendar. Bollywood music lovers in the UAE are already excited to see Shreya performing her latest independent song, “Uff”, with many other hit numbers.

UK sensation Conor Maynard and a British-Pakistani artist, Zack Knight, are back to the emirate after a four-year hiatus. The performers are best known for their TikTok and YouTube channels. Winning the MTV Award in 2012 gave Conor Maynard a break in the mainstream market. On YouTube and TikTok, he has 12.7 million and 6.3 million subscribers, respectively.

One of the most high-profile South Asian singers in the UK, Zack launched his smash track “Bom Diggy Diggy” in 2017. The song affirmed his position as an international superstar, with over 869 million views on YouTube alone.

Oh yes, he is! Comedian Jo Koy is bringing his Funny Is Funny World Tour to Dubai on popular demand. Presented by Blu Blood Entertainment, one of the top stand-up shows in Dubai 2022 will feature Jo Koy cracking jokes based on his own life experiences. The night promises a lot of laughter and entertainment with one of today’s most popular stand-up comedians on stage.

Loyiso Gola is coming to Coca-Cola Arena for the first time to make people laugh. The show is part of the Dubai Comedy Festival. In his first Netflix stand-up special, “Unlearning,” the stand-up comedian used humour to highlight the problems related to race, identity and politics.

Loyiso has also tried his hands at acting; he has performed in the Los Angeles Film Festival-premiered film Catching Feelings and 50 Cent’s sketch comedy television show, 50 Central. The age limit for the show is 18 or above.

Keep in mind that all these events do not require proof of vaccination. However, inside the venue, guests must continue to wear a mask.

What will make an event at the region’s largest indoor arena even more special? Your own private customised space! The VIP Experience at the Dubai Coca-Cola Arena comes with hospitality suites that give you and your guests an “unbeatable view of all the action.”

Enjoy everything from the pre-show to the finale with a dedicated attendant to fulfil your requests. The VIP experience comes with separate parking spaces and guaranteed tickets for all public events.

RAKBANK customers are in for a treat at the Coca-Cola Arena. The bank is the founding partner and the official retail bank of the venue. Customers can watch the action from it offers its own RAKBANK RED LOUNGE and VIP SUITE.

Where is the Coca-Cola arena Dubai location?

The hottest entertainment and sporting venue in Dubai is centrally located in City Walk. There are many things to do at City Walk, which is in the heart of Dubai. The location also allows easy access via public transport.

What is the closest metro station to the Coca-Cola arena?

The venue is located opposite The Dubai Mall / Burj Khalifa Dubai Metro Station and can be accessed via the pedestrian bridge.

Is there public parking at Coca-Cola Arena?

There are limited parking spaces around the venue for those accessing the arena by car. There is also no valet service and vehicles cannot stop in front of the venue. You can use the designated drop-off area at The Green Planet Dubai, which is located 3 minutes away.

Those who want to get in touch with the arena’s management can do so using the following contact details.

What is the Coca-Cola Arena capacity?

How do I book tickets to shows?

Planning to visit? You can book tickets to shows via the following channels.

Where is the Coca-Cola Arena Box Office located? What are its timings?

The box office is situated between entrances C and D. Those who want to book tickets to scheduled shows may visit the box office during event days; from 12:00 pm to 09:00 pm.

If I print the tickets at home, will I need to exchange them for the original ones at the venue?

No, your printed ticket will be valid upon entry. You don’t need to visit the box office for a new ticket.

What identification do I need to collect my purchased Coca-Cola Arena tickets from the box office?

Visitors must present these documentations to collect their tickets at the box office.

Are there refreshments at the Arena?

The arena has over 35 F&B outlets across multiple levels, making them easily accessible no matter where you are seated.

That’s a wrap on our Coca-Cola Arena guide! Owned by Meraas, the same developers who brought us hotspots like Bluewaters Island and La Mer, the Arena is one of the biggest event destinations in the emirate. It hosts live concerts, exhibitions and other events throughout the year.

Apart from the mentioned venue, you can book tickets to notable musicals, concerts and shows at the Dubai Opera as well.

Please Note: There are a series of safety measures in place at the arena to mitigate the spread of COVID-19. 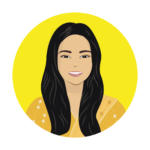 SM
Enjoying the little things in life with a cookie in each hand! As a passionate writer, she finds delight in crafting sentences and sharpening paragraphs. However, on a weekend morning, you might see her whizzing around some grocery store.

A shopper’s paradise: All about City Centre Fujairah

All about the new leasing law in DIFC