Al Aman is a community that lies in the lower region of Zone 1 in Abu Dhabi. It starts from the roundabout under the Carrefour Bridge and runs towards the west until it meets Al Dhafra Street. Many new projects have emerged in Al Aman such as Al Bustan Complex and Danet Abu Dhabi, while a few are still underway. Compared to residential developments, there is a high density of commercial locations in this community with many government and commercial offices located here.

Al Aman lies in the suburb of Al Sa’adah, which is neighboured by Al Rawdah to the south and Al Zafranah to the west. Key areas such as Embassies District, Capital Centre, Al Mushrif and Zayed Sports City are in proximity to this neighbourhood.

Banking facilities in Al Aman include Dubai Islamic Bank, Union National Bank and Abu Dhabi Islamic Bank (ADIB) as well as ATM facilities in a few areas. There is also a petrol station in every corner of Al Aman making it convenient for car-owners commuting to and from the area who want to refuel their vehicles,

Furthermore, one can find a photography studio, car rental agencies, tailoring shops and automobile spare parts outlets in the neighbourhood.

Residential properties in Al Aman are predominantly made up of hotel apartments. Mostly fully furnished, the configurations range from studio apartments to 1, 2 and 3-bedroom flats.

Apartments for Rent in Al Aman
View all 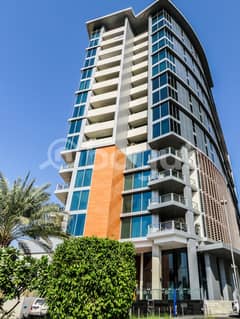 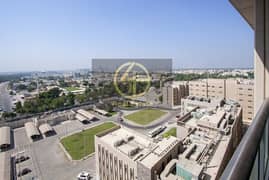 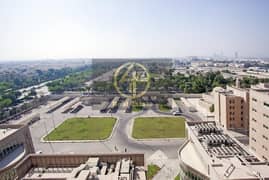 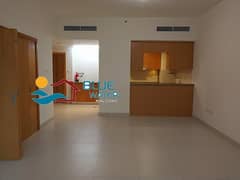 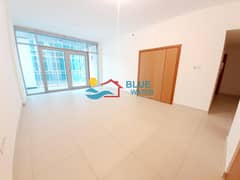 Studios in Al Aman offer 430 sq. ft. of living space on average. The studio units come with a wide range of amenities such as fully fitted kitchens, free Wi-Fi access and a flat-screen TV. Due to these amenities, rental prices in Al Aman are quite high, a studio costs an average of AED 104k, to rent annually.

1-bedroom flats for rent in Al Aman are available from the starting price of AED 70k, which can go up to AED 160k per year. The apartments on the higher end are fully furnished and offer premium amenities.

A development by Al Qudra Real Estate, Danet Abu Dhabi is an emerging project that features a collection of commercial and residential buildings. It is home to top-notch hotels such as the 35-floor Blumont Capital Hotel and Holiday Inn. Some of the notable mixed-use and residential buildings in Danet Abu Dhabi include The View Tower, Al Murjan Tower, Al Yaqut Tower, Danat Tower A and Danet Tower B.

The View Tower is a 25-floor high-rise building that has around 360 parking spots distributed between two basement levels. It features a roof-top swimming pool, while the 22nd floor is dedicated to a health club facility.

A project by Aldar (a notable real estate developer in Abu Dhabi), Al Murjan Tower is a 23-storey residential building which has 252 units and three basement levels dedicated to car parking.

The routes of Express Buses X4 and X5 can be found on Muroor Road (Sultan Bin Zayed The First Street) near Al Aman. Taxis are easily found due to the many hotels in the area.

There are several parking spaces in Al Aman. Most of the commercial areas in the community have large parking lots for residents, visitors and workers. Along the streets in Al Aman, there is street parking available as well.

Supermarkets in Al Aman are concentrated in the western region of the neighbourhood. These include Rich & Fresh Supermarket and Carrefour Market which are situated near Muroor Road. There is also a branch of Zoom Market, based in the Al Bustan Complex.

St. Joseph Cathedral and St. George’s Orthodox Cathedral are the churches near Al Aman in Al Mushrif. Residents can access them in about ten minutes, via Sheikh Rashid Bin Saeed Street (18th Street).

There is a mosque in Al Aman that overlooks Muroor Road. It is known as Thabit Ben Aqra Mosque.

Hindu residents will have to travel to Dubai as there is currently no Hindu temple in Abu Dhabi. There are plans to build one and construction is currently underway.

There are reputable schools in Al Aman. Near Rabdan Street, there is a large campus of the American International School Abu Dhabi (AISA) that caters from kindergarten to Grade 12 students. It is one of the top ranking schools in the city that also offers the IB Primary Years Program (PYP) and the IB Diploma Program (DP). The campus also includes a football field.

Another educational institute that is situated on Rabdan Street is Lycée Louis Massignon. It is one of the few well-established French schools in Abu Dhabi.

There is also Rabdan Academy near Dhafeer Street, which provides professional training for security, defence and crises management education. Khalifa University's SAN Campus is the closest higher education option to the community of Al Aman. It is 12 minutes away in the Al Maqtaa district.

CLINICS AND HOSPITALS IN AL AMAN

There are several clinics and hospitals in Al Aman. Medical stores in Al Aman include Al Bisharah Pharmacy and Olive Pharmacy.

CareWell Clinic and Police Clinic are a few health centres in the community. Oxford Medical Centre is located on Muroor Road behind Lulu Express, accessible in five minutes. Not very far away is Wellness One Day Surgery Centre in Al Zafranah.

Offering more comprehensive health care, there are a couple of hospitals near Al Aman. Zayed Military Hospital is to the south of Al Aman in the Embassies District. Mediclinic Hospital is located in Zayed Sports City, both these options are under 10 minutes away.

Neighbouring Al Aman from the north, the peaceful residential community of Al Muroor can be found. It is one of the quietest areas in the rather busy city, a factor that makes it a sought-after neighbourhood for renting villas and apartments in the capital.

One can access the area of Capital Centre with a short drive towards the south. It is home to the biggest exhibition venue in the country, known as Abu Dhabi National Exhibitions Company (ADNEC). Embassies District is to the south of Al Aman and Zone 1 to its north.

A mall in Al Aman is under construction. The upcoming Danet Mall will be a one-stop shopping complex for residents. It will feature high-street brands and upscale restaurants. For now, people can visit Mushrif Mall which is located on the border of Al Aman on Sheikh Rashid Bin Saeed Street, a short 5-minute drive away.

Al Aman flaunts an eclectic mix of eateries and residents get to have a different culinary experience every time they dine out. Samurai Japanese Restaurant serves oriental cuisine, such as sushi, noodles and bento boxes made with authentic recipes. Speaking of East-Asian cuisine, another restaurant to bring oriental flavours is Let’s Wok where residents can enjoy pad thai, gyoza dumplings and an appetising selection of stir-fry and curry dishes. A high-end oriental restaurant is SushiSan, which is a part of Holiday Inn Abu Dhabi. Offering true Chinese flavours and an authentic ambience, Oasis Gardens Restaurant is an ideal choice for those looking for a purely Chinese menu.

For Arabian food, residents can go to either Mosaic Restaurant in Guardian Tower or Yadoo’s House Restaurant & Café in Al Nasr Tower 2. Other options include Nada Al Yasmin, Taza Plus Mandi and Zattara.

Burger restaurants in Al Aman include Stock Burger Co., Four Buns Burgers and Slider Bar Burgers. Those who are looking for a more familiar option can visit McDonald’s. There are two branches of McDonald’s in Al Aman; one is located north on Muroor Road and the other is located south on Sheikh Rashid Bin Saeed Street.

Al Qurm Beach is a beach near Al Aman and it is accessible in just 5 minutes by car. The road Al Mawgab Street, which starts from Sheikh Rashid Bin Saeed Street, runs south and directly leads to it. Al Qurm Beach is an ideal coastal location for those who prefer less crowded beach areas. Visitors often come to this inland beach spot for peaceful fishing sessions as well as barbeques.

People who love sightseeing have a lot of places to visit in Abu Dhabi. One could visit Qasr Al Hosn for a historical and cultural excursion, which lies close to the Corniche area. The magnificent Sheikh Zayed Grand Mosque is roughly 9 minutes away from Al Aman to the west. It is not only an architectural marvel that features 82 domes and Ottoman, Mamluk and Fatimid designs but is also one of the top tourist attractions in Abu Dhabi.

Great for family picnics, there is a neighbourhood park in Al Aman near Rabdan Street. There is also Public Park situated in the western corner of the neighbourhood that is bordered by Muroor Road. Public Park is a large landscaped area that features play areas for children, walkways and shaded areas.

There is a ballet school for kids in the community that offers ballet training, based in Al Nasr Tower 2. Adults can go to Let’s Go Gym Fitness and Spa Centre which can be found in Guardian Tower.

As for beauty centres, there are plenty of options for ladies living in Al Aman, such as Aurora Ladies Salon, Mona Moon Beauty Salon and Meera Beauty Centre. A facility for the gents, Moroccan Bath for Men’s Mylife Spa is a go-to place for facials, haircuts, massages and spa treatments. Located in Al Murjan Tower, MegaSun Lounge is a beauty centre in Al Aman that offers a range of tanning services.

Al Aman does not have a venue where community events take place but schools such as American International School Abu Dhabi (AISA) hold various seasonal after-school events for its students every year.

There is a lot of construction work going on in Al Aman so that may not be ideal for people who prefer living in a noise-free atmosphere.