A popular community in the capital city, Danet Abu Dhabi features many commercial and residential options. People can easily visit nearby areas due to the ease of direct access to Dhafeer Street and Sultan bin Zayed the First Street. The area is connected to communities of Embassies District and Al Zahraa, residents can enjoy many facilities available in these locations.

The community has communal parks along with other amenities. The area is a mixed-use development that has commercial office buildings, restaurants, resorts, schools, hotels and malls that add convenience.

According to Bayut’s Abu Dhabi End of Year Market Report 2019, Danet Abu Dhabi is one of the popular areas to buy apartments in the emirate.

Danet Abu Dhabi is one of the fastest-growing neighbourhoods in the emirate. The locality has well-known schools, restaurants and supermarkets. Many popular hospitals and clinics are also close by. Those looking for a luxurious lifestyle will find that living in Danet Abu Dhabi ticks all the boxes.

The apartments start from a studio flat and go up to 1, 2, and 3-bedroom units. Danet Abu Dhabi apartments are high-end finished units with marble and ceramic flooring. The bedrooms have built-in wardrobes, attached bathrooms and modern kitchens fitted with wooden cabinets. There is a spacious living room, a commodious dining area, a storeroom and a laundry room. The balcony of these apartments gives a picturesque view of the entire neighbourhood.

Danet Abu Dhabi apartments offer a living space depending on the number of rooms in the residential unit. The building offers an underground parking space, allowing residents to park multiple vehicles. Residents can find a green garden and a cafeteria located inside the premises of this community.

As for the commercial properties, one can find offices and shops for rental purpose. Offices in Danet Abu Dhabi span over an area from 928 sq. ft. to 3,444 sq. ft. These offices have 24-hour security, CCTV surveillance, parking and storage facility.

Shops in Danet Abu Dhabi can span over an area from 430 sq. ft. and 5,102 sq. ft. The shops feature high quality finishes and good ceiling height. The retail space is conveniently located close to bus service and provide plenty of space for visitor parking.

Apartments for Rent in Danet Abu Dhabi
View all 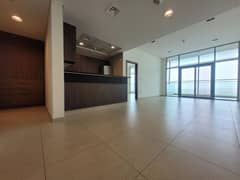 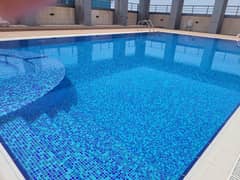 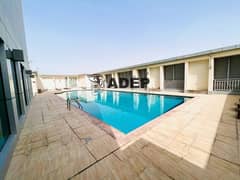 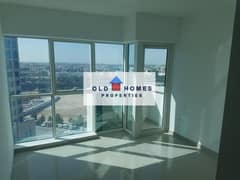 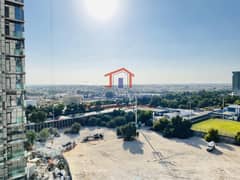 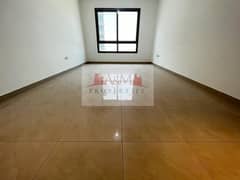 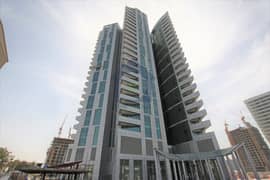 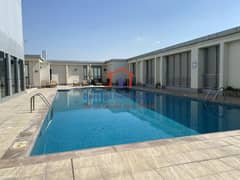 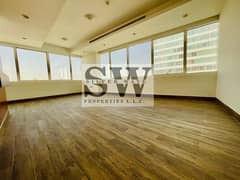 Those willing to rent spacious units can choose 2-bedroom flat for rent in Danet Abu Dhabi at the lowest price of AED 65k per annum. For renting a 3-bedroom apartment in Danet Abu Dhabi, the price starts from AED 87k annually. Apartments buildings boast amenities such as gyms, health clubs, swimming pools and underground car parking.

The commercial properties for rent range from a mix of well-designed office spaces to shops. These offices for rent in Danet Abu Dhabi can cost between AED 90k and AED 355k per annum.

Properties for sale in Danet Abu Dhabi feature few apartments that can be found in various buildings.

Apartments for sale in Danet Abu Dhabi are available at reasonable prices. One can buy 1-bedroom apartments at AED 740k for a 900 sq. ft. unit.

The ROI for apartments in Danet Abu Dhabi is 6.8% for 1-bed units.

According to Bayut’s statistics, Al Murjan Tower is the most popular building in Danet Abu Dhabi. It is a mixed-use 23-storey building featuring 252 units of studio, 1, 2 and 3-bedroom apartments. These units feature built-in wardrobes, dressing rooms and en-suite bathrooms. There are retail shops on the ground floor and office spaces are on the mezzanine floor. The apartments for rent in Al Murjan Tower are priced between AED 38k and AED 105k per annum.

The second most popular building is a 21-storey Burj Al Yaqut with 189 apartments. It features 1 to 3-bedroom apartments with fitted wardrobes and attached bathrooms. Those willing to rent apartments in Burj Al Yaqut can find prices between AED 55k and AED 120k per annum. For buying an apartment in Burj Al Yaqut, you can spend AED 1.0M.

Rounding up the list, Danet Tower A, The View and Al Falahi Tower are on third, fourth and fifth places respectively.

Those looking for floor plans can browse through the Danet Abu Dhabi floor plans available for popular buildings.

Travellers and business guests can find plenty of hotels in Danet Abu Dhabi within short driving distance. These include:

Holiday inn Abu Dhabi is a 4-star hotel located at 31st Street, between Muroor Road. It offers friendly services and attractive facilities at an excellent value. The hotel has 11 floors with 203 rooms and 5 suites. The hotel offers business services such as on-site business centre, printer, copying, scanner and office supplies. To unwind, guests can visit the health club and de-stress with a variety of massages, take a dip at the outdoor swimming pool and avail sauna & steam room facility.

Most residential apartment buildings in the area have underground parking.

Currently, there are no bus stops nearby, but people can use taxis and personal vehicles as a mode of transport in Danet Abu Dhabi.

The community is close to many popular schools, restaurants and supermarkets.

Some popular supermarkets in Danet Abu Dhabi are Rich & Fresh Supermarket, Spinneys Market and Carrefour City. A Circle K convenience store is also located in the neighbourhood. Just outside the neighbourhood is a branch of the Abu Dhabi Cooperative Society hypermarket.

The complex also has a few banking amenities, retail stores and restaurants conveniently located near the supermarket, much like a small community mall.

Most churches near Danet Abu Dhabi are located in the Al Mushrif community which less than a 15-minute drive from the area. The most notable churches include the Church of St. Anthony – an Orthodox church, St. Joseph’s Cathedral – a Catholic church and St. Theresa’s Church – a Roman Catholic church.

There are plans for a Hindu temple to be constructed in Abu Dhabi, while it is still in its development stages, residents can visit the Hindu temples in Dubai.

Shiva Temple, Shree Krishna Haveli and ShrinathJi Temple are all located in Bur Dubai, roughly 1 hour and 30 minutes from Danet Abu Dhabi. However, Sikh residents can visit the New Gurudwara Abu Dhabi in Mussafah, 19 minutes away.

There are many reputable schools in Danet Abu Dhabi. The closest one is American International School in Abu Dhabi, it follows the American curriculum. It is one of the leading American schools in Abu Dhabi and known for its excellence.

Lycée Louis Massignon is a French curriculum school in Danet Abu Dhabi, it is located right next to The American International School in Abu Dhabi.

Other educational facilities in the nearby district of Al Zahraa are SKBZ Bangladesh Pvt. School, Abu Dhabi Autism Center and Emirates Private School.

The Rabdan Academy is one of the best universities in Abu Dhabi. The facility provides students with higher education degrees, diplomas and vocational courses. It is best known for its degree programs such as Crisis management, security and defence.

Beautiful Mind Medical Center is also a popular medical centre at about a 6-minute drive away from the community. It primarily focuses on helping people with mental health concerns. The closest hospital is Zayed Military Hospital which is at a 6-minute drive. Mediclinic Airport Road Hospital is another reputable hospital located at a 9-minute drive from the area.

The neighbourhood of Al Zahraa borders Danet Abu Dhabi on the north. It is well-known for the mixed-use properties it offers. The apartments for rent in Al Zahraa are quite affordable and the locality is close to many international schools, supermarkets, malls, parks and the new Salam Street highway.

To the south is the Embassies District which is an embassy hub featuring embassies of Jordan, India, Egypt, United States and more. Al Aman community is located to the west, which is also a residential area with several amenities.

There are few malls near Danet Abu Dhabi. Al Seef Village Mall is a one-stop destination to dine, shop and relax. A unique aspect of the mall is its outdoor space called The Walk, which is tucked behind Al Seef Mall and has several food trucks, salons and an art gallery.

The Souk at Qaryat Al Beri in an Arabian-style shopping mall located between The Maqtaa and Mussafah bridge. It is one of the souks in Abu Dhabi featuring restaurants and retail stores overlooking the water.

Mushrif Mall is a larger mall near Danet Abu Dhabi, it features a Lulu Hypermarket, a Sparkys amusement centre and a plethora of stores. Eastern Mangroves Promenade and Shams BOUTIK Mall Al Reem Island are other shopping destinations nearby.

There are many restaurants in Danet Abu Dhabi. Mosaic Restaurant is known for its Lebanese cuisine, Burger Hood is popular for its American food and Muscle Fuel is a health-conscious restaurant.

More upscale restaurants in Danet Abu Dhabi can be found in the Holiday Inn Hotel. Sushi San, Hubbly Bubbly and Stock Burger Co are all well-known licensed establishments in the area.

The nearest beach from Danet Abu Dhabi is Al Qurm Beach. It is only a 9-minute drive away. The Ritz-Carlton Beach is another popular beach which is about a 15-minute drive away from the community.

If you want a more entertaining beach experience, visit Abu Dhabi Beach, Al Sahil Beach and Corniche beach which are a 20-minute drive away. These are considered to be some of the best beaches in Abu Dhabi.

Danet Abu Dhabi has many landmarks in proximity. Al Bateen Executive Airport is the first and only commercial airport in the region. It is dedicated to private jets and is an architectural marvel.

The world-famous Sheikh Zayed Grand Mosque is a short 10-minute drive away. It is one of Abu Dhabi’s crown jewels, the grounds alone are massive. The mosque allows visits for those of other faiths.

Zayed Sports City is more of a leisure destination, visitors can try a variety of sports such as figure skating, football, tennis, paintball and more. The Zayed Sports City Stadium is a multi-purpose sports venue which can hold over 43,000 visitors. It is one of the best stadiums in Abu Dhabi built with state-of-the-art facilities that meet the international standards. It has hosted concerts and multiple sports tournaments.

The area has plenty of parks where people can enjoy outdoor activities. The closest and the most popular park is Al Zafranah Park, it is a large public park in Danet Abu Dhabi. It is also a popular park people of all ages enjoy visiting. Located on the west of the community is Neighbourhood Park. It is a small park with a playground for young children.

Those looking to keep fit while living in Danet Abu Dhabi will find that the location is packed with gyms and fitness centres. The nearest one, Let’s Go Gym and Boost Fitness are located within walking distance from apartment buildings. They offer many classes ranging from high-intensity cardio workouts, capoeira (the Afro-Brazillian martial art) to traditional classes such as group workouts, spin class and boot camp training.

Other popular gyms in the area include Ruby Fitness, Titan Gym and Gym Chloe. There are gyms and spas for ladies only. Vibez Fitness Center & Spa is located in the Embassies District and Elite Fitness Ladies is located in the Rawdhat area.

Residents of Danet Abu Dhabi celebrate Ramadan and Eid with great enthusiasm. The national celebrations can be seen in the Zayed Sports City Stadium. Otherwise, residents also prefer to visit Yas Island which is at a distance of 25 minutes. The du Arena has several live events such as musical gigs, comedy nights, stage performances and much more.

Danet Abu Dhabi is a great place to rent an apartment for singles and families. This place has various amenities for residents such as schools, supermarkets, hospitals, restaurants, salons and spas. The apartments are affordable and range from a studio to 3-bedroom units. However, if you are looking for a larger more private residence such as a villa then you won’t find it in Danet Abu Dhabi.

HOW TO GET TO DANET ABU DHABI BY BUS?

ARE THERE ANY HOTELS IN DANET AREA ABU DHABI?