Everything you need to know about public transport in Sharjah

The well-established public transport system in Sharjah plays a vital role in facilitating locals and tourists alike. The Sharjah Roads and Transport Authority (SRTA) manages the holistic infrastructure, including buses and taxis. In this guide, we take a detailed look at all aspects of public transport in Sharjah and bring you all the essential info.

ABOUT PUBLIC TRANSPORT IN SHARJAH

Sharjah is the cultural capital of the UAE and attracts hundreds of tourists who are excited to explore the various heritage sites and cultural icons of the emirate. It’s also a bustling, family-friendly city.

The emirate of Sharjah has an integrated public transport system mainly comprising of the Mowasalat Buses by SRTA. The well-developed road network allows a smooth flow of traffic to various parts of the city.

Mowasalat Transport Services is also managed by the Sharjah RTA. Each day these buses assist hundreds of passengers in their daily commute. Here’s the list of various Mowasalat bus routes operating in Sharjah.

Route 1 operates from Rolla to Sahara Centre. The bus fare if you are paying by cash is AED 8, whereas, Sayer fare is AED 6. Route 1 covers various destinations including:

Route F1 and F2 are also known as Al Saja’a internal routes. The Mowasalat bus fare for both routes is AED 2 by cash and AED 1.50 by Sayer card. These routes are smaller compared to the other Mowasalat bus routes in Sharjah.

Route 3 covers major parts of Sharjah. The fare for Route 3 is AED 8 by cash and AED 6 by Sayer Card. The route starts at Al Rolla Terminal and ends at Mowaileh Terminal covering districts like:

Route 8 takes passengers through five main districts of Sharjah. The fare for Route 8 is AED 8 by cash and AED 6 by Sayer Card. The Sharjah bus on route 8 starts at Al Rolla Terminal and ends at Sahara Center Terminal. It covers:

Route 9 is one of the longest routes covered by Mowasalat. Despite its long-that, the fare for the route is AED 8 by cash and AED 6 by Sayer card. The starting point of the journey is Al Rolla Terminal and it ends at Sahara Center Terminal covering various areas of Sharjah including:

Route 14 offers an affordable commute between Al Sharq Terminal and Sharjah International Airport. The fare for Route 14 is AED 8 by cash and AED 6 by Sayer card. Route 14 covers various areas such as:

Route 14X is another significant part of public transport in Sharjah. The fare for this route is AED 8 by cash and AED 6 through Sayer card. Route 14X covers the main districts of Sharjah including:

Route 15 runs between Rolla district and Sharjah International Airport. The Mowasalat bus 15 fare in Sharjah for Route 15 is AED 8 if you’re paying by cash and AED 6 if your payment option is Sayer card. The route covers:

Route 77 of the Sharjah public transport bus service runs between Muwailah and Sajaa Sharjah. The fares for Route 77 are AED 8 by cash payment and AED 6 through Mowasalat Sayer card in Sharjah. The areas it covers are:

Route 88 is a key public transport bus route in Sharjah. The Sharjah bus route fare for this route is AED 8 for cash payment and AED 6 by Sayer card. The route includes different areas such as:

Route 88X has the same fare as Route 88 but it covers other areas including:

Route 99 is ideal for passengers travelling between Jubail and Sharjah International Airport Terminal by public transport bus in Sharjah. The standard fare is AED 8 through cash and AED 6 through Sayer card. The areas covered between the first and last terminals are:

The Sayer card by Mowasalat is an electronic payment system for public transport buses in Sharjah. All Mowasalat Buses are equipped with Sayer card readers for easy cashless payment. The Mowasalat Sayer card can be purchased from buses and Mowasalat bus terminals.

Another convenient card for public transport buses in Sharjah is the Mowasalat Monthly Subscription Card. The card comes with various benefits and rewards. Just like Sayer Card, you can get this monthly subscription card on-board Mowasalat buses in Sharjah by paying the driver. You can also renew your Mowasalat card or top-up on your existing card.

The SRTA app also offers taxi services. Depending on the requirement you can choose from Normal Taxi, Ladies Taxi, Family Taxi and Special Needs Taxi service. Use the SRTA app to book or schedule a cab. The fare depends on the car type and distance. Besides, the SRTA app, there are other ride-hailing services such as Careem and uber.

Where can I get my Sayer Card?

You can purchase a Sayed Card at your nearest bus station or at any Mwasalat bus. Just ask the driver and he’ll help you get a new card with recharge.

WHAT ARE THE MOWASALAT SAYER CARD CHARGES?

The Sayer Card charges in Sharjah are:

Sayer Cards can be recharged onboard the bus.

WHAT TO DO IF MY SAYER CARD IS LOST?

If you lose your card please call 600522282 and report your card’s serial number. The call centre agent will disable your card within 48 hours to avoid misuse. Please make sure that you have registered your Sayer Card to avail this service.

WHAT IS RIHLATI SERVICE IN SHARJAH?

RIHLATI by Mowasalat in Sharjah is a new satellite and GSM-based technology making it convenient to check for Sharjah public bus timings and routes. Visit the official RTA Sharjah website or the official app available on App Store and Play Store to get the app. It allows passengers travelling through Mowasalat public buses in Sharjah to plan their routes with ease. Simply select the bus stations from a drop down menu and travel within the emirate with ease. 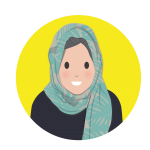 All about the Sharjah House of Wisdom

Careem vs Uber vs Taxi – Which is the cheapest?