Movie fans all over the world cherish the experience of tucking into fresh popcorn while enjoying the action in front of a large cinema screen. The capital city has it’s fair share of movie buffs, who frequently visit the cinemas in Abu Dhabi.

From the exclusive National Cinema Abu Dhabi to the immensely popular Novo Cinemas Abu Dhabi Mall, there are several movie theatres for film fans to enjoy. From surround sound to VIP sections, these Abu Dhabi cinemas offer every service you could imagine. Abu Dhabi cinema timings varies based on the movie, screen and dates, so keep an eye out for the ones that suit your schedule.

This cinema built in 2000 has a capacity of 2,065 persons. It has nine movie theatres in Abu Dhabi screening the latest flicks from across the world. Over the years this cinema has grown to become a state-of-the-art modern-screen facility.It comes with digital surround sound, discounted prices, as well as upholstered seats in both Gold Class and VIP sections.

There are dedicated sections for families, ladies and couples in this Abu Dhabi movie theatre.

Novo Cinemas is a group of cinemas in Abu Dhabi that screens the latest Arabic, Bollywood and Hollywood movies. The most popular one in Abu Dhabi Mall is a multiplex cinema. You can enjoy their 7-star luxury experience which allows access to their private VIP lounge, a personal butler, fine-dining food and automated reclining chairs.

This is a good cinema for people who want to avoid large crowds. It is a quiet space and offers tickets at reasonable prices. The Star Cinemas group operates two more cinemas in the city: Grand Safeer Cinema and National Cinema. The Khalifa City cinema is peaceful compared to the others in Abu Dhabi.

For people who want to enjoy a relaxed silver screen experience, Cine Royal Cinema is the best choice. It is a chain of cineplexes that offers technologically advanced cinemas.

The Cine Royal Cinema at Khalidiyah Mall has nine screens. There are larger cinemas as well since both the Cine Royal Dalma Mall and Cine Royal Deerfields Mall have 14 screens each. This cinema airs Hollywood, Middle Eastern as well as Bollywood movies. Cinema goers can choose from standard, platinum and royal tickets to watch a movie. The Cine Royal Cinemas are held by Royal Group of Companies in the UAE, which was the first cinema to bring 3D movie technology to Abu Dhabi.

This Abu Dhabi cinema was the first one in the UAE to introduce IMAX with Laser and it also has a MAX mega-screen offering Dolby ATMOS surround sound for blockbuster hits. VOX Cinemas also operates KIDS, a cinema dedicated just to children.

Oscar Cinema Al Raha Mall has nine screens and a capacity to accomodate 1,500 guests. It has all the luxurious amenities typical of the UAE, including gourmet food, touch-button callboards, pushback seats and even recliners! The cinema has advanced technology including high-resolution 4K digital projection systems, VIP and premium seats, fully digital screens, Dolby surround sound and immersive digital 3D content.

It is at a walking distance from Madinat Zayed and has lower ticket prices than those of other cinemas in Abu Dhabi.

Rounding up our list of the top cinemas in Abu Dhabi is Grand Safeer Cinema. You can enjoy a good cinematic theatre experience at a much lower cost at this cinema, which is also part of the Star Cinemas group in Abu Dhabi.

That’s all for our list of best cinemas in Abu Dhabi. There are also a few must-try cinemas in Dubai which you should visit if you are in the city. If you are a connoisseur of art house cinema and enjoy indie flicks, check out our review of Cinema Akil, one of the best places to watch independent movies in Dubai. And during cooler months, don’t miss out on watching your favourite movies in the outdoor cinemas in Dubai. 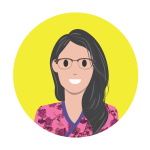