All about the property law in Abu Dhabi on foreign ownership

MyBayut brings you the latest property news in the UAE and that includes new laws and policies that will impact you. Following the recent announcements of the 10-year residency visas and 5-year retiree visas, this is the latest law for property investors to know about. On 17 April 2019, the Abu Dhabi Government announced that an amendment has been made to the Abu Dhabi property ownership laws that allows all nationalities to buy freehold property in Abu Dhabi. Read on to find out all about the new property law in Abu Dhabi, how it affects you and the expected impact on the Abu Dhabi real estate market.

An amendment to the Abu Dhabi real estate laws now allows non-UAE nationals, that is, expats and foreigners of all nationalities, to buy land and property in Abu Dhabi’s designated investment zones on a freehold basis. Now, residential properties in the capital city’s specially designated investment zones will be registered under the new Abu Dhabi property ownership law, with deeds issued to foreign investors.

On 17 April 2019, His Highness Sheikh Khalifa bin Zayed Al Nahyan, President of the UAE and Ruler of Abu Dhabi, issued a law that amended Law No. 19 of 2005, which deals with the Abu Dhabi real estate sector. The new property law in Abu Dhabi stipulates amendments to Articles 3 and 4 of the 'Real Property Law':

Article 3 (i) stipulates the rights to own property are limited to three categories the first being Emirati citizens, natural or legal persons, the second includes public holding companies with ownership not exceeding 49% non-nationals, or the third as any person to whom a decision is issued by the Abu Dhabi Crown Prince or the President of the Executive Council. While Article 3 (ii) stipulates that non-UAE nationals, natural or legal persons, shall have the right to own and acquire all original and in-kind rights in real estate properties located within investment areas.

WHAT WERE THE ABU DHABI PROPERTY OWNERSHIP LAWS BEFORE?

Before this amendment was announced, ownership of property in Abu Dhabi was largely restricted to UAE and GCC Nationals. Foreign investors of other nationalities were limited to buying property in Abu Dhabi’s investment zones through 99-year leases, Musataha (50-year renewable lease), usufruct (for 99 years) and long-term leases (for 25 years or more).

HOW WILL THE NEW PROPERTY LAW 2019 AFFECT THE ABU DHABI REAL ESTATE MARKET?

The new Abu Dhabi freehold property law will most likely boost the number of foreign investments in the UAE’s capital city. Now that all nationalities can purchase freehold property in Abu Dhabi, non-GCC expats living there will also have a greater sense of permanence in the city.

The new amendments to property laws also widens the pool of investors looking at Abu Dhabi real estate. It’s possible that the Abu Dhabi market will see a rise in property transactions, following the new real estate laws 2019. Abu Dhabi’s investment zones have consistently ranked amongst the top areas to buy and rent properties in the capital city, according to Bayut’s Q1 2019 market report. The popularity of these areas combined with the new property law in Abu Dhabi is expected to have a positive impact on the real estate market there.

"The announcement of freehold ownership of properties becoming open to all nationalities is another step in creating further opportunities for investors in the Abu Dhabi real estate market. We can expect an increase in foreign investment in the UAE’s capital as a result of this. Non-GCC expats in Abu Dhabi could also start to view the city as a long-term option for their families. Recently, we have seen consistent efforts by the Abu Dhabi Government to welcome people from across the world. Last year's announcements of the 10-year residency visas and 100% foreign ownership of companies, combined with this new law, will pave the way for greater interest in Abu Dhabi. We look forward to seeing Abu Dhabi’s real estate market flourish and become a formidable competitor to Dubai in attracting international investments."

Expert Views on the New Property Law in Abu Dhabi

MyBayut contacted some of the leading real estate companies in Abu Dhabi for their thoughts on the new property ownership laws and its impact on the Abu Dhabi real estate market. 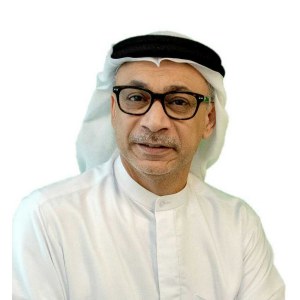 "The new laws will give a huge boost to the economy. It will encourage foreign investors, be it individuals or sub-developers, to start looking at Abu Dhabi and put it on the global map. It will also help boost the economy of the emirate of Abu Dhabi, to not only depend on oil resources but increase the momentum into foreign investment into the real estate sector, in the special investment zones that have been opened for foreigners. We at Provis are ready for the foreign investors to come and ask any question in regard to what they need. Whether they want to buy or consult with us in terms of preparing the design reviews or service charge cost modelling, we are there to help them all."

"The new law is the most progressive step in the Abu Dhabi property market since the original sales laws were enacted in 2005. This should provide a much more comfortable environment for non-UAE nationals to invest in the emirate’s property. I don’t think it will have any immediate impact but the long term implication will be to broaden real estate ownership, bringing in a more diverse set of investors."

“It’s really refreshing to see the Abu Dhabi government take the lead and bring in this amendment to the real estate laws. The new law regarding freehold ownership in Abu Dhabi is a welcome step in opening the market to foreign investment. We hope the government continues to introduce more such regulations which will further streamline the process for investments in Abu Dhabi.”

That brings an end to Bayut’s report on the new property law in Abu Dhabi 2019! Are you planning to invest in Abu Dhabi real estate post the new announcement? Browse the many apartments for sale in Abu Dhabi to find your new investment opportunity. If you’d like to get updated on new laws in the UAE, take a look at our Rules and Regulations section of the MyBayut blog.

IR
Raised in Dubai, IR is a voracious reader with a knack for writing and a love for cats. When she doesn’t have her nose in a book, you’ll find her catching a movie, baking or dreaming of her next travel destination.

Everything you can do at Grove Village Mall in RAK