All about the Dubai-Abu Dhabi Virgin Hyperloop One project

Does travelling between Dubai and Abu Dhabi in just 12 minutes sound like a dream to you? It may seem like a far-fetched idea. However, the city is already in the race to translate this appealing idea into reality with the new era of transportation called Virgin Hyperloop One. We gave you a brief insight into this next-generation marvel along with other futuristic projects in Dubai. Today we are bringing you all the information about the upcoming hyperloop Dubai project, called Hyperloop One.

Everything you need to know about the hyperloop Dubai project

Reimagining the future of transportation, the Roads and Transport Authority (RTA) is inching a few steps closer to launch world’s first hyperloop in Abu Dhabi and Dubai.

Dubai is already well on its way to reveal the first hyperloop project in the region; Virgin Hyperloop One.

Popularly known as hyperloop Dubai or the Virgin Hyperloop One, this multi-billion dollar project will reduce travel-time for Dubai-Abu Dhabi commuters from an-hour-or-so to 12 minutes.

The city has already seen the concept’s debut at the Dubai International Motor Show in 2019. Scaled to actual size, the prototype of the Virgin Hyperloop One passenger pods was a scene-stealer and offered visitors a glimpse of the driver-free transportation of the next generation.

The current expected hyperloop Dubai completion date is yet to be confirmed.

What is the Virgin Hyperloop One and how does it work?

Virgin Hyperloop One is a fast and effortless mode of transportation that carries passengers as well as freight straight from the origin to the destination in record time. This super-fast tube system involves a suspended capsule that consists of multiple passenger/cargo pods in a near-vacuum environment. With an outstanding speed of up to 1,123 km/h, the capsule glides through electric propulsion and magnetic levitation, requiring minimal energy. This happens with the help of a proprietary linear electric-motor system, no-contact electromagnetism and ultra-low aerodynamic drag.

Highlights of the hyperloop Dubai project

How will hyperloop Dubai benefit the community?

Originally envisioned by technology entrepreneur Elon Musk, the hyperloop concept was adopted by Virgin Hyperloop One to provide a technology that will redefine transportation in the near future.

The fundamental idea is to reduce pollution, road congestion and commute time. Residents can access job opportunities not in just one city but across the border country too, without the need to uproot one’s home, family and current lifestyle. Therefore, this rapid transport technology can change everyone’s lives. For instance, a resident living in the apartments for rent in Mussafah, which are generally on the more affordable side, will be able to travel to Dubai for work in less than 15 minutes. This is a significant drop from the one and half hour journey that is the norm now.

Businesses in the UAE will also greatly benefit. The main focus is on high-priority consumer goods such as fresh food and medical supplies that require immediate delivery. With faster transportation of goods over longer distances, Hyperloop-enabled industries will own an efficient logistics system that results in substantial business growth.

Involving no contact with wildlife, other vehicles or dangerous grade crossings, the transport system is either structured on high-rise columns or built-in underground tunnels. Since it is enclosed and fully autonomous, the pods do not require pilots to operate. This eliminates risk factors such as weather hazards and driver-related error. The tubes through which the pods will glide are built with puncture-proof, thick and sturdy steel that can withstand changes in air pressure. Every pod will include emergency exits.

Although the hyperloop between Abu Dhabi and Dubai is fast, the technology will involve acceleration and deceleration within safe limits. Passengers will have to be seated throughout the trip with buckled seatbelts. Travelling in it would feel no different than riding in an elevator or an aeroplane. Hyperloop Dubai will have a dedicated safety team working with RTA to implement protocols and the best safety practices.

How is hyperloop different from high-speed trains?

Metro trains follow a fixed schedule and have multiple stops. However, Hyperloop Dubai departs on demand whenever the passengers are ready to go and transports them directly to their destination without taking any stop along the way. It also operates two to three times faster than the fastest train.

As per the pods that were unveiled at the Motor Show, the Abu Dhabi to Dubai hyperloop speed reaches up to a whopping 1,123 km/h!

What is Hyperloop Dubai launch date?

The hyperloop Dubai construction is already underway. As the first phase of the project that involves feasibility studies in Dubai for potential hyperloop routes continues, Phase 2 work is also being discussed.

How much will the hyperloop Dubai ticket cost?

The ticket prices have not yet been revealed but they are anticipated to be affordable. Once there are official announcements about Dubai to Abu Dhabi hyperloop ticket prices, we will be updating this post.

Now that you have learned all about the much-anticipated commercial hyperloop in Dubai, get a scoop on other innovative Dubai-based projects. And until this project is completed, there are plenty of other means of public transportation in Abu Dhabi that residents and tourists can take advantage of. Similarly, if you are on the lookout for hassle-free ways to get around Dubai, take a look at the public transport apps in the city. It won’t be long before the hyperloop Dubai 2020 app will be added to this list! 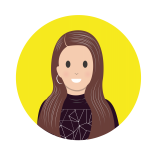 KA
KA is an ordinary soul with a paradoxical twist. She prefers lazy night-ins over a happening weekend and appreciates the fine things with a passion. A positive person with an immense love for birds, pandas, pasta and the colour grey!

Top places to live for culture vultures in the UAE

Must-have tools to clean your home

Places for horse riding in Dubai