Al Wahdah is best known for Al Wahda Sports Club, Al Nahyan Stadium and Al Wahda Mall. The iconic community of Al Wahdah in Abu Dhabi is home to a number of mid and high-rise buildings along with a few residential villas. It offers a buzzing lifestyle to its residents because of its central location in the capital city. Apart from residential properties, Al Wahdah is home to numerous commercial properties, restaurants, shops and cafes.

Al Wahdah is a bustling district located in Abu Dhabi’s city centre. The best thing about the area is its prime location. Every amenity is close to the area, commuting to and from Al Wahdah is also easy. This densely populated locality in the capital city stands out amongst other real estate properties due to its affordability. In a glance, one will find a cluster of buildings in the area, many of which feature contemporary infrastructure.

Surrounded by schools, shops, hospitals and other facilities, Al Wahdah has every necessity one requires.

Properties in Al Wahdah mostly feature rental apartments along with a few villas. The rents for flats in Al Wahdah are more affordable than other residential areas in the capital city. The property configurations of apartments range from studio units to 3-bedroom apartments.

Amenities in the buildings include security staff, which is present 24-hour, plus the buildings are monitored through CCTV cameras. The residents can avail facilities such as a shared swimming pool, gym and spa.

Apartments for Rent in Al Wahdah
View all 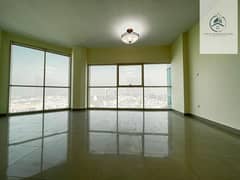 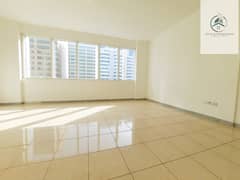 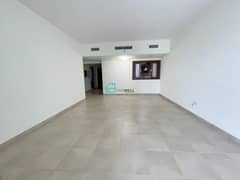 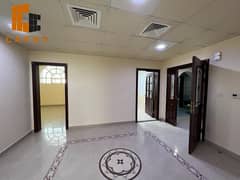 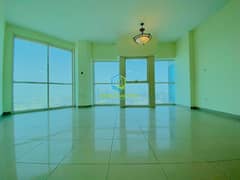 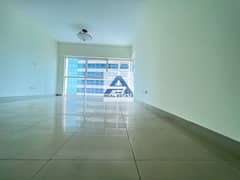 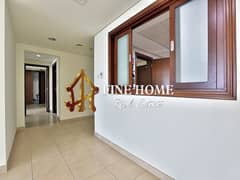 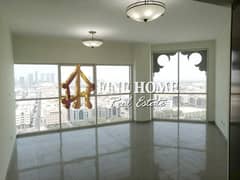 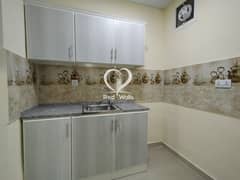 There are a few villas for rent available in the area, which are better suited for large families. The property configuration of houses ranges from 4-bedrooms to 6-bedrooms. The villas come with many amenities including a spacious hall, a big terrace, a semi-furnished kitchen and tiled flooring. The rent of a 4-bedroom unit fluctuates between AED 120k to AED 190k.

It is not solely a residential district. It has various shops and commercial offices available for rent as well. The offices have high-quality finishing, a spacious lobby and ample parking space for workers. Offices for rent in Al Wahdah starts from AED 130k and goes up to AED 1.7M, per annum.

The most popular area in the community is Al Wahda Street, which is home to the villas in the area.

There is ample parking space in Al Wahdah because the area is home to many commercial offices and shops. The residents of apartments get a reserved parking spot for a single-vehicle.

Al Wahdah lies in Abu Dhabi’s city centre, so the commute is hassle-free. One can find Bus 160, 161, 162, 163 and 400 at Al Wahdah Bus Station which connects the district with other areas of Abu Dhabi. Getting a taxi is also a convenient option as there are plenty in the area.

Al Wahdah is home to many people, all belonging to different faiths. Nearby, Al Mushrif nestles multiple churches including the Church of Christ, Saint Anthony Cathedral for Coptic Orthodox, Abu Dhabi Apostolic Tamil Church, St. George’s Orthodox Cathedral, Philadelphia Church of God and Snowball Church Abu Dhabi. These churches are close and can be reached from Al Wahdah in less than 10 minutes.

Hindu believers have to travel to Dubai to find a temple. However, there plans to establish temples near Al Wahda by the end of 2020.

Finding mosques in Al Wahdah is not a tough task. Abdul Jaleel Mosque, Fath Ali Abdullah Al-Khaja Mosque and Mohammed Bin Hamel Mosque are some large mosques in the area. Apart from these, there is a prayer room inside Al Wahda Mall as well.

Residents of Al Wahdah can find the European International College in Al Karamah is the closest higher education institute. Other options include University of Strathclyde Business School Abu Dhabi and Khalifa University near Al Mushrif.

CLINICS AND HOSPITALS NEAR AL WAHDAH

There are a number of hospitals near Al Wahdah. For healthcare assistance, residents can drive for a few minutes to reach Seha Emirates Hospital, Sheikh Khalifa Medical City, Canadian Medical Centre and Nation Hospital.

A number of pharmacies also lie in the area including All Care Pharmacy, Bassem Pharmacy and Boots Pharmacy.

Al Wahda Mall is the most obvious choice for residents looking for a retail fix. This mall is known for its unique open-air design which lets lots of natural light enter the mall. Stretching over 3.3 million sq. ft, the mall features 350 retail outlets, a Lulu Hypermarket and the 9-screen Al Wahda Cinema. It offers visitors the best entertainment, shopping and food experience. Al Wahda Mall al is one of the oldest malls in Abu Dhabi and also won the Best Shopping Mall in Abu Dhabi award for four consecutive years.

There are few other malls near Al Wahdah which are at less than 10 minutes distance including Madinat Zayed Mall, Khalidiyah Mall and Al Bateen Mall.

Apart from eateries dotted in Al Wahdah Mall, there are quite a few popular restaurants in Al Wahdah. The list includes Peppermill Restaurant, B Café and Resto and Al Dar Restaurant. For authentic Chinese cuisine, Ocean Chinese Restaurant is a popular establishment among residents and visitors.

For people who look for bars and want to experience the nightlife of the capital city, Porters English Pub, Sky Lounge 31 and C. Mondo are located in the community.

The best place to spend leisure time for residents is Corniche Beach. This beach is divided into three sections out of which two are just for families. The visitors can also take a speedboat on rent or go snorkelling to experience the best of Abu Dhabi’s aquatic life.

The main tourist attraction for the area is Al Nahyan Stadium, which mainly hosts football events and can hold up to 15,000 visitors. It was built in 1995 and was completely renovated in 2019. The stadium is the home ground of the Al Wahda Football Club and Al Wahdah Sports Club where the UAE Pro League is played. It is the top professional football league in the UAE and 14 national teams take part in it.

For people who enjoy watching movies on the big screen, Al Wahdah Cinema is inside Al Wahdah Mall. People can also visit Oscar Cinema in Madinat Zayed or Novo Cinema which is less than 10 minutes away.

One of the biggest parks in Abu Dhabi, Al Khalidiyah Park is just 10 minutes away. This park has paved walkways and a 20-minute circuit jogging track. Built especially for kids, there is a trampoline and a monkey bar.

Fitness enthusiasts can spot many gyms in the area including Smart Gym, My First Gym, Al Rowda Gym and Nutrilite Centre. Gold’s Gym which has over 20 branches across the UAE, can also be found inside Al Wahda Mall.

This district offers a city-centric lifestyle to its residents. It is preferred by families as well as individuals because it has every basic facility on the premises. One thing to consider is that during weekends, residents encounter a surge in traffic around Al Wahda Mall.