Dubai’s most sought-after region where you can find Dubai Marina and Palm Jumeirah is also home to Al Sufouh. It is a beachfront development housing a big chunk of the emirate’s population and commercial properties. The area stands as Dubai’s Silicon Valley with two free economic zones, Dubai Knowledge Village and Dubai Internet City. Besides being the centre of education and technology, Al Sufouh is divided into two residential sub-communities, Al Sufouh 1 (First) and Al Sufouh 2 (Second).

The master project lies along the Arabian Gulf coast. Here, Al Sufouh 1 covers the intersecting Umm Suqeim Street D-63 and Al Sufouh Road D-94, extending towards Madinat Jumeirah. Popular landmarks in the area include Dubai Police Academy and Wellington School. Moreover, the clean sandy beach that covers a huge area is the biggest highlight. However, it isn’t as crowded as other commercial zones and Dubai’s beach-view projects as it is more of a serene and calm destination where you would sit and relax for hours. Rather fancy public beaches are in the Jumeirah area.

As a part of a bustling community which is also a business hub and residential site, Al Sufouh 1 is a lively neighbourhood. Although it is not as crowded as its neighbours, the streets are still vibrant. Also, with direct access to the beaches, resorts, schools and shops, people are always on the go. Common facilities for residents include:

Living in Al Sufouh 1 would be ideal for families and professionals alike because of accessibility to workplaces and abundance of leisure and basic living facilities.

As for residential properties in Al Sufouh 1, one can find apartments in abundance. Depending on your requirements, you can rent or buy a unit at relatively affordable rates in this area.

Apartments in the area are ideal choices for those who like living in close-knit communities. A clearer view of the sea is another plus for this type of property.

Besides high-end finishing and fittings, the attractive features of these properties are shared swimming pools, playgrounds and landscaped outdoor space.

Those interested can check out the rental trends and Al Sufouh 1 compare it with annual prices of apartments for rent in Al Sufouh.

Apartments for Rent in Al Sufouh 1
View all 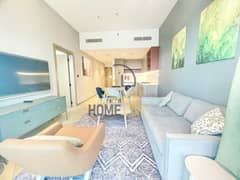 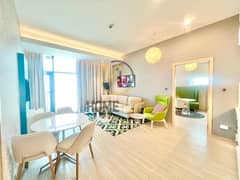 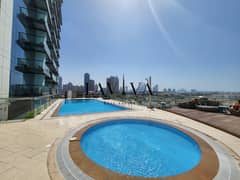 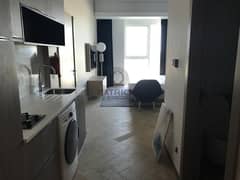 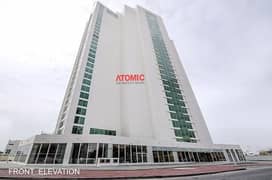 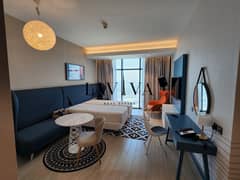 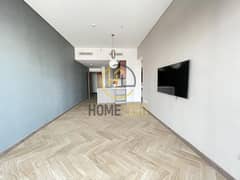 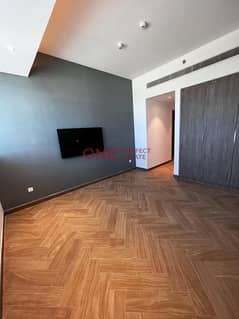 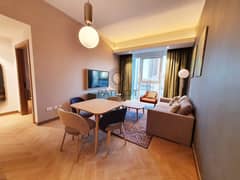 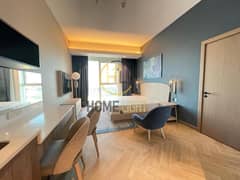 Those looking for apartments for sale in Al Sufouh 1, can check out Building J5 and J8. Both include a set of 1 to 3-bedroom beachfront flats offered at affordable prices.

Here’s a breakdown of the sales trends in Al Sufouh 1 for interested investors looking for apartments for sale in Al Sufouh expected to reap valuable returns.

Apartments for Sale in Al Sufouh 1
View all 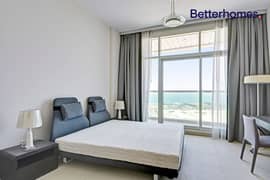 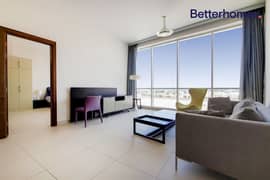 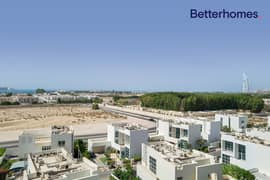 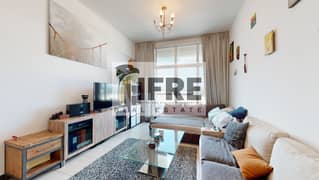 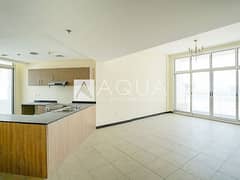 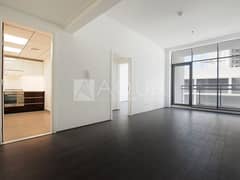 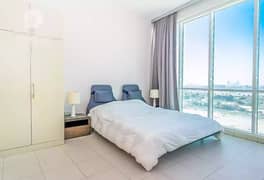 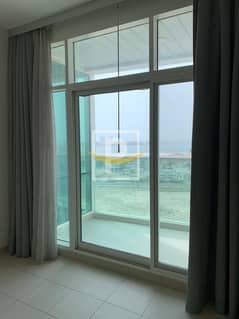 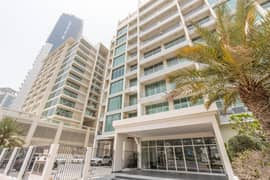 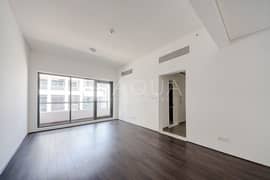 The highest expected rental yield in Al Sufouh 1 is 6.4% for 1-bed flats. Likewise, 2-bedroom apartments follow closely at 6% and 3-bed units can generate a 4.8% return on investment.

Al Sufouh First is bound by the beach on one side and Sheikh Zayed Road, E11 on the other. This way, motorists get a geographic advantage connecting to key areas of Dubai in no time. Plus, parking spaces in Al Sufouh 1 are plenty so those who have private cars will easily find a dedicated spot. Those who would rather go for public transport will also find it convenient.

The largest mode of transportation near Al Sufouh 1 is the tramway project that works for the entire area including the popular neighbour, Dubai Marina. Tram line shuttles along Al Sufouh Road and ends in Al Sufouh as well as Dubai Marina operating 20 hours a day. Residents can board from any of the 11 stations nearby. Most importantly, the tram further connects to the Dubai Metro, one of the popular modes of transport in the city.

Moreover, one can catch MRed from Dubai Internet City Metro Station, Sharaf DG or Umm Al Sheif Metro Station. On the other boundary, you will find bus stands at King Salman Bin Abdul Saeed Al Saud Street and Dubai College. Buses that shuttle from these stops include Bus – 8, 88 and N55.

There is a mart, Emirates Cooperative Society, within the vicinity. One can grab different household items and grocery from there. Besides, many supermarkets near Al Sufouh 1 are easily accessible. These are in Al Sufouh 2 and neighbouring economic zones, and on Sheikh Zayed Road. For larger grocery hauls, one can go to Carrefour in Al Barsha. Also, here one can find many other local shops and mini-marts as well.

The Muslim worshippers will conveniently locate many mosques near Al Sufouh 1. Masjid Sheikh Ahmad Bin Rashid Al Maktoum is near Al Sufouh Park and Emirates Cooperative Society. Many more such as Tecom Masjid and Umm Al Sheif Mosque are in the neighbouring areas.

OTHER PLACES OF WORSHIP NEAR AL SUFOUH 1

Unlike other areas of the Emirate, Christian residents will find some churches in proximity. In fact, some churches near Al Sufouh 1 require only a short drive by car. These include Fellowship: A Church in Dubai, Emirates Baptist Church and Seventh Day Adventist Church (Dubai South).

On the contrary, Hindu temples are slightly away. The nearest ones would be those in Dubai Marina and Jebel Ali Village. Shiva Temple and Shirdi Sai Baba Mandir are worth mentioning temples in Bur Dubai conveniently accessible from Al Sufouh First.

There are many educational institutes distributed around the area. Especially in Dubai Knowledge Village, you will find more than 450 companies including universities and international institutes. Dubai Academic City is a dedicated project for this in Dubai. For toddlers, nearby nurseries are:

Former is in Knowledge Village around 10 minutes away while the second option would be on Umm Suqeim Road. Other reputable schools near Al Sufouh 1 are:

Wellington International School follows the UK/IB curriculum while parents who prefer American curriculum for their children can send them to Dubai American Academy in Al Basha 1.

CLINICS AND HOSPITALS NEAR AL SUFOUH 1

Hospitals near Al Sufouh 1 are:

Specialised clinics near Al Sufouh 1 include:

Many pharmacies are also only a stone’s throw away, such as Aster Micro Pharmacy and Life Pharmacy in Mall of the Emirates.

Besides the free economic zones and second phase of the development, Al Sufouh 1 is in proximity to the hub of beach activities, Palm Jumeirah and key commercial districts Dubai Marina and Dubai Media City. One can find the following residential communities around its boundaries:

Besides, Emaar’s master project Emirates Hills is also a few kilometres away. The major point of interest is its connectivity to Sheikh Zayed Road and Al Sufouh Street which was renamed as King Salman Street.

Malls near Al Sufouh 1 include:

Beachfront Al Sufouh is best known for Madinat Jumeirah Resort. Here, you will find Souk Madinat which is an Arabian souk or bazaar of carpets, traditional jewellery and perfume. Also, Madinat Theatre is the charm of this development hosting many music shows and ballet performances. For entertainment, the mall has traditional boats passing on waterways that cross bars and Arabian eateries.

Another worth mentioning project is Mall of the World, the record-breaking shopping destination in Dubai that will even dwarf Dubai Mall. It will host 80 hotels and a 7km long promenade of London’s Oxford Street. It will also present a theme park and air-conditioned retail streets.

Inside the Mall of the Emirates, you will find:

The list continues to grow and the mall keeps serving cuisines for every craving belly. Other cafe and restaurants near Al Sufouh 1 are Aqua Cafe, Qutoof Restaurant and Hash Tag Cafe and Restaurant.

You won’t have to go anywhere else when you have the treasure of Al Sufouh in a hand’s reach. Al Sufouh Beach is also known as “the secret beach” because it is outshined by other happening beaches in the Jumeirah area. Other beaches near Al Sufouh 1 are Marina Beach and Jumeirah Public Beach.

Al Sufouh 1 is easy to locate as it exists amidst many landmarks such as:

Moreover, the area has a happening nightlife scene with beach resorts, bars and clubs in the vicinity including Bubbles Lounge Bar and Hungry Monkey Pub. Besides beaching and relaxing in the serene environment, one can watch a movie or two in Mall of the Emirates.

Whether you’re on vacations or just planning a day out, you have got to try HeliDubai tours at least once.  The service takes you on a helicopter ride over stunning skyscrapers including Burj Khalifa, archipelago Palm Jumeirah and gleaming beaches in JBR and Dubai Marina.

For relaxing manicures, massages or regular beauty treatments, one can go to:

You can head to the following gyms to keep fit:

Both are accessible within 10 minutes in Dubai Media City. Besides, you can always have a quiet walk at the sandy shore. Al Sufouh Park is also a family-favourite point with sports court, playground and tree benches.

Al Sufouh residents can visit the events centre and ballroom in Madinat Jumeirah that arranges art and culture festivals.

Al Sufouh 1 has all the facilities a modern residential area must have. Plus, being a beachfront development, it is one of the most sought-after locations in Dubai. While travelling to and from the area, avoid peak hours because Al Sufouh is directly connected to the spinal road network.