Hili is one of the oldest civilisations in the UAE. It is particularly loved by tourists and archaeologists for housing the largest Bronze Age site in the country. The village of Al Hili is around 12 km north of Al Ain city. This development has gained international recognition for its archaeological excavations dating back to the late 1960s. Finds from this site are now displayed at the Al Ain Museum.

Hili Oasis is at the north of Al Ain district. It is a popular oasis in the UAE. Historical structures like two watchtowers, a fortified home built in the early 1800s and a traditional irrigation system are some major highlights of this area. Currently, the residential side includes a range of large villas and apartments. Some newly constructed properties are available for rent.

The very first diggings in the archaeological park started in the 1960s leading to the discovery of the remains of the settlement covering across 10 hectares. Most houses, tombs and vertical structures still reflect the history of Al Hili. Due to this, the community has a traditional vibe to it. Today, there are shops, eateries and residential construction but the old charm is still present.

Accommodation in Al Hili includes a mix of apartments and villas. The area is dominated by large, standalone villas some of which are renovated and others are brand new. Most residential properties for rent in Al Hili have dedicated spaces for parking.

Those looking for rental apartments in Al Hili can find a few 2-bed and 3-bedroom units. The annual rent for a 2-bed apartment spanning around 846 sq. ft. starts from AED 38k. Whereas, renting a 3-bedroom flat may cost around AED 40k, per annum. These apartments usually span across 1,100 sq. ft. to 1,400 sq. ft. featuring three spacious bedrooms with ensuite bathrooms, a living hall and a fitted kitchen.

Villas for Rent in Al Hili
View all 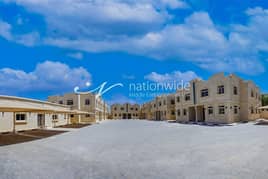 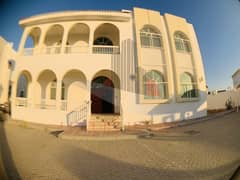 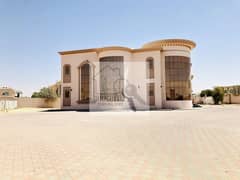 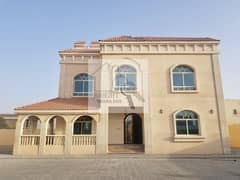 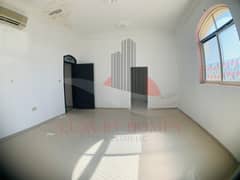 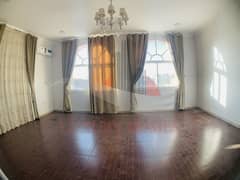 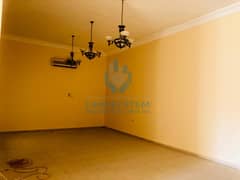 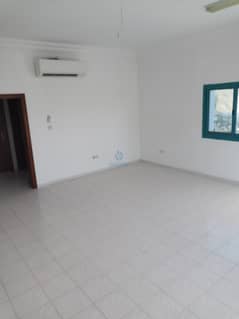 If you are looking to rent villas in Al Hili, choose from 4-bed and 5-bed units. 4-bedroom villas for rent range from AED 90k to AED 110k. The average covered area of these units is 2,000 sq. ft. to 3,000 sq. ft. On the other hand, renting 5-bedroom villas in Al Hili will cost AED 110k to AED 130k. These houses generally span across 4,300 sq. ft. and feature dedicated house help quarters, storage spaces and a parking area.

The community is home to Hili Rayhaan by Rotana, a 5-star resort. The hotel is a popular accommodation option for tourists in the vicinity. It is a short drive away from Al Ain Oasis and Al Ain National Museum. Like other 5-star hotels in the UAE, Hili Rayhaan by Rotana offers world-class amenities including outdoor swimming pools, free parking services, free Wi-Fi, laundry facilities and well-furnished guest rooms.

If you’re a resident, you can use the dedicated spaces included in most villas. Apartment complexes also allot spaces based on the covered areas of apartments. Therefore, those with private conveyance need not worry about commuting to other areas.

There are many supermarkets in Al Hili. Those worth a mention are Al Aweer Grocery, Al Anqaa Baqala and Al Moheeb Supermarket. Residents will find many local shops and convenience stores within the community.

Many community mosques in Al Hili have been built to serve the needs of Muslim residents. Those who want to offer prayers will find a mosque at short intervals. Visiting a church may take around 17 minutes by car. There is St. Mary’s Catholic Church and Al Ain Evangelical Church in the neighbouring community, Al Jimi.

Schools and Universities in Al Hili

A few nurseries and schools in Al Hili have also been established in recent years. Taleb Academy is a charter school on Al Athar Street. Hili School and Al Ain School are located right in the heart of Al Hili. Belvedere International School offers the National Curriculum for England from the foundation stages to the end of primary school. Moreover, young toddlers can go to Hili Kindergarten.

Clinics and Hospitals in Al Hili

In case of medical emergencies, you can visit Universal Hospital Al Hili. It has a 24-hour emergency and pharmacy. Further, the Al Khaleej Specialized Hospital in Al Qattarah is accessible in around 12 minutes by car.

Al Hili lies close to the border shared with Oman. Al Foah is its immediate neighbour and Al Qattarah area of Abu Dhabi is a few kilometres away. Those coming from Al Jimi can access Hili Village in around 8 minutes by car. Asharej is also close by.

Hili is home to Al Hili Mall near Rayhaan by Rotana Hotel and Hili Complex. The mall features a good range of brand outlets, fashion stores, electronics shops and financial services outlets. It also has a separate food court and a family entertainment corner. Many events are organised in Hili Mall throughout the year.

If you head to Hili Mall, you can find many cafes and restaurants including McDonald’s, La Brioche, Starbucks and Costa Coffee. There are also fine-dining and family restaurants like Biryani Pot and Arabica.

The major highlight of this area is Al Hili Fort built in the 20th century to protect Al Hili Oasis. This community is majorly home to many old forts, tombs and towers. The Hili Grand Tomb deserves a special mention. It stands 39 ft. above ground and has been reconstructed.

If you are looking for some adventure and playtime, there is Hili Fun City next to the archaeological site. It has picnic areas, roller coasters and Al Ain Ice Rink. The Olympic sized Ice Rink was founded in 1987, two years after the launch of the adventure park. This makes it the first ice rink to open in the United Arab Emirates. It is now an ideal venue for skating and ice hockey.

There are many family parks in Al Ain. When speaking of outdoor activities and environment, Al Hili Archaeological Park deserves a mention. When the first findings were made in Al Hili, the government of Abu Dhabi built Al Hili Archaeological Park to surround the site and make it accessible to the public. Today, international archaeologists and tourists interested in these artifacts come to discover and relax in the rich green atmosphere of this park. It is also a popular destination for families during the weekends. Moreover, Al Ain Oasis and Hili Archaeological Park are two of the most important UNESCO sites in the UAE.

If you are planning to move to Al Hili, it is recommended that you have private conveyance as the public transportation system is not yet developed but plans are underway and the community is evolving at a fast pace.

What is significant about the buildings at Hili?

Tombs and towers are of great importance, the construction of which dates back to hundreds of years. The Hili Archaeological Park provides the earliest known evidence of agricultural village in the UAE and features other villages of the Bronze Age and Iron Age as well as burial grounds.

What does Al Ain mean?

Al Ain is an Arabic term, meaning springtime. The community of Al Ain is to the east of Abu Dhabi.

How far is Al Ain from Dubai?

The road distance between Dubai and Al Ain is 123 kilometres.

If you are fond of historical and cultural artefacts, you can visit Al Hili. Also, there have been many tourist attractions built in the area. From sightseeing tours to care-free strolls around Hili Forts, the trip is worth trying. Also, Hili Fun City is an ideal spot for adventure seekers.

What should we do in Al Ain at night?

You can visit Al Ain Zoo or explore the Al Ain Palace Museum and take a stroll in Al Ain Oasis.

How far is Al Ain from Abu Dhabi?

The road distance between Al Ain and Abu Dhabi is around 145 kilometres while air travel distance equals 90 miles.