Tourist Club Area (TCA) is now known by its new name Al Zahiyah. The area is located on the eastern side of Abu Dhabi. It is one of the downtown areas of the capital city and enjoys a prime location by being in the centre of Corniche Road East and Al Falah Street. The community has high-rise buildings and towers. The area offers some renowned residential options for families and individuals alike.

Tourist Club Area is centrally located in Abu Dhabi. Living in this area represents the essence of living in a cosmopolitan neighbourhood, as the city of Abu Dhabi is the second largest populated emirate of the UAE.

This residential space of Al Zahiyah features different towers built in a traditional style back in 1968. The Abu Dhabi Municipality identified such buildings and demolished them to make sure the area gives a true representation of modern transformation that Abu Dhabi is going through. There were new buildings built which gave the area a new contemporary look.

Since 2014, most of the streets of Abu Dhabi have been renamed. The Tourist Club Area was renamed as Al Zahiyah which means “the colourful and bright”. The old buildings demolished in 2014 are now being replaced or renovated. According to what Abu Dhabi Municipality has planned, by 2020 there will be no old buildings left in this area. 2020 would witness new skyscrapers and the area will become more accommodating with improved spaces and an increased number of apartments.

The properties in the Tourist Club Area are mainly high-rise buildings. Apartments here range from studios to 4-bedroom flats. The studio apartments in Tourist Club Area have built-in wardrobes in the bedroom while the spacious living room is connected with an open American kitchen. The flooring of the whole apartment is ceramic. The occupants can easily access the facilities of the community which include a swimming pool, shared gym and underground basement parking. Tenants can also take in the views of the sea from the terrace. A 4-bedroom apartment is evidently more spacious and comes with more amenities. The bedrooms have en-suite washrooms and built-in wardrobes. The entrance door of the flat leads to the huge living room and dining area. It also has a separate maid’s room and guest room. The facilities offered in the buildings include 24 hours security concierge and CCTV monitoring.

Apartments for Rent in Tourist Club Area (TCA)
View all 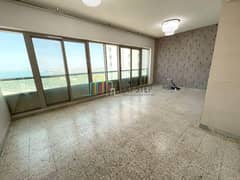 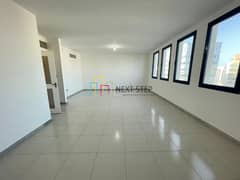 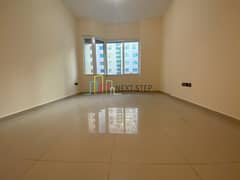 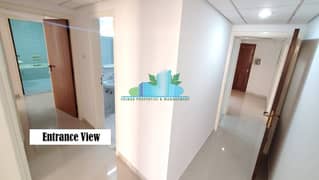 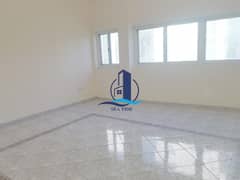 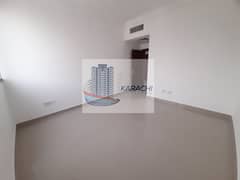 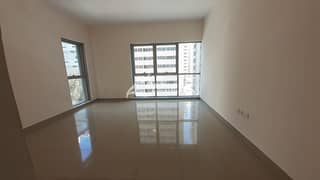 The annual rent for studio apartments is AED 39k, on an average. The rent of 1-bedroom apartments in Tourist Club Area fluctuates between AED 39k to AED 110k, yearly. 2 BHK flats for rent cost AED 66k on average, per annum. 3-bedroom rental apartments in this area are priced from AED 57k to AED 142k. 4-bed rental flats are priced upwards of AED 78k. The buildings which are located closer to the old structures have lower rents as compared to the ones which are newly constructed and offer the picturesque views of the Abu Dhabi Corniche from the balcony.

This area also has a few commercial offices for rental purposes. The offices for rent in Tourist Club Area have many features. For instance, most offices have a fitted ceiling and floor, tall windows, 24-hour security and ample parking is also available in the vicinity. The rent of offices ranges from AED 20k to AED 208k per year, the price depends on the space offered for the offices. It also has residential buildings for sale in a price range of AED 13M to AED 120M.

There are numerous hotel apartments for rent ideal for people who require rental properties for a short period of time. Residents of hotel apartments have access to various facilities and services, such as a separate living room, a semi-equipped kitchenette, stylish bathrooms and daily housekeeping service and security staff. The rent of these properties ranges from AED 60k to AED 95k, yearly.

Interested tenants can browse Tourist Club Area floor plans and take a look at the available floor plans of popular communities/buildings in the neighbourhood.

Tourist Club Area is further divided into various sub-communities. Take a look at the popular communities if you are planning to rent or purchase an apartment in the area.

As per collected data, Mina Road fares as the most popular community in the Tourist Club Area. It consists of mid to high-rise apartment towers equipped with modern amenities and facilities. Residents will find a variety of studios, 1, 2,3 and 4-bedroom flats in the neighbourhood.

Beach Rotana is a 5-star hotel in Tourist Club Area with 565 suites and serviced apartments. The rooms are furnished to the highest standards and indulge you in the stunning water views. Other features include 12 eclectic dining restaurants, Beach Club, Zen the Spa and conference rooms with outdoor spaces and ballrooms.

Tourist Club Area is a busy zone with a frequent movement of public buses, taxis and private cars. There are plenty of parking spaces for visitors while most tenants can use their reserved parking space.

This area can easily be reached through taxis as there are plenty in Abu Dhabi. However, there are a few buses as well that takes you to the Tourist Club Area. Bus 11, 40, 7 and 8 have nearby stops at Sheikh Zayed Street, Firdous Street and Street 9.

Tourist Club Area is located near the crowded areas of Mina Zayed Port and Marina Beach and there are many schools, hospitals, dining places and supermarkets within walking distance. The area also has several stores, eateries, bars, shopping centres, arcades, lodgings and a sports complex.

Abu Dhabi’s population is made up of many expats from different religious backgrounds. There are few churches along with plenty of mosques in the capital city. There are no churches within the community but there is Cornerstone International Church at Al Reem Street which is 10 minutes away. However, within a 20 minutes drive, there are many different churches in the Al Mushrif district.

There is also no temple in the area, but there is the upcoming Hindu Mandir which is promised to be completed in 2021. It will be 32 minutes away, near Al Rahba. Sikh residents can head to Mussafah where there is the New Gurudwara Abu Dhabi, roughly 25 minutes away.

Unlike churches and temples, there are plenty of mosques in the Tourist Club Area. Khalifa bin Zayed Mosque is in the centre of the community. While Thani Bin Mohammed Mosque, Abu Haitham Mosque, Mosque Ahmed Jaber Al Hamli and Mosque Of Sheikh Hazza Bin Sultan are some other mosques in Tourist Club Area.

It is a place which is built keeping the needs of families in mind that is why there are many schools in the Tourist Club Area. One can find Abu Dhabi Grammar School (Canada) which follows the Nova Scotian curriculum in accordance with the Ministry of Education. GEMS Winchester School Abu Dhabi, GEMS World Academy, Al Muna Academy, Abu Dhabi International Private School, The Pearl Academy, Repton Foundation School and German International School are names of few schools located in the nearby communities and follow different curriculums. The Sorbonne University Abu Dhabi is located on Al Reem Island, just 10 minutes away from Al Zahiyah.

Some specialised clinics can also be reached such as Al Ahlia Dental Clinic and Homeopathic Medical Clinic. There is one veterinary clinic close to the area as well which is New Veterinary Clinic. Al Salama Hospital in Tourist Club Area is a reputed option, the Corniche Maternity Hospital is also located nearby.

Along with neighbouring Al Maryah Island, Al Reem Island and Zayed Port, Corniche Beach is also a few minutes away from the Tourist Club Area. It is a favourite among residents who like cycling, walking and jogging along the soft stretch of golden sand. Many families are also found enjoying the amenities of the beach.

With a vast variety of shopping, entertainment and leisure activities, there are numerous malls in Tourist Club Area and in the neighbourhoods near it. Al Zahiyah Shopping Centre is located in the heart of the area with 16 retail shops including many renowned brands. Other than that, there is Abu Dhabi Mall with over 200 stores, Madinat Zayed Shopping Centre and Al Wahda Mall which are not more than 15 minutes away from the Tourist Club Area.

Foodies will love this area as there are countless dining places and bistros. Roberto’s Restaurant and Lounge, The Foundry, Pizza Express, P.F Chang’s, Le Parisian Restaurant, Chili’s and Chappan Bhog. Other popular restaurants in Tourist Club Area include Salaam Bombay Vegetarian Restaurant and Tim Hortons are some neighbouring eateries that serve a variety of cuisines. Plus, there are small cafeterias in the area that serve high-tea snacks.

Popular fine-dining restaurants are located in the Beach Rotana Hotel. These include Indigo, it is known for its traditional Indian menu, Benihana, a popular Japanese restaurant known for its tableside theatrics and Finz which offers many seafood dishes.

Residents of the Tourist Club Area can also enjoy the beauty of the serene Abu Dhabi beaches. Hardly 8 minutes away is the Abu Dhabi Beach for families, while Al Sahil Beach is 10 minutes away and for individuals only. Al Bateen Beach which overlooks the mesmerising Hudayriat Island and has the Blue Flag sustainability award is somewhat at a distance of 22 minutes from the area.

Tourist Club Area or Al Zahiyah is surrounded by many souks, supermarkets, malls, islands, cinemas and beaches. Unlike many other areas, this area is crowded and gives an essence of true city-life to its inhabitants.

The monumental canon in Al Ittihad Square is at 8 minutes’ drive. The tourist’s favourite spot, Sheikh Zayed Grand Mosque is less than 20 minutes away from Tourist Club Area while Yas Island which is known the world’s best recreational treats is at half an hour drive only. Other entertainment options such as cinemas are also on within a few minutes drive as Al Wahda Mall has a cinema inside it and is located 20 minutes away from the Tourist Club Area.

Tourist Club Area is a prime example that Abu Dhabi is truly transformed in the last decade. There are many malls, parks and hotels that have opened here and have become a source of entertainment for the residents.

For people who like outdoor activities, there is Tourist Club Office Park which is a community park in the area but that is not the only option. Abu Dhabi Baladiya Park, Electra Park and Capital Garden Park are also in the vicinity. The list also does not stop here, Delma Park, Al Khaldiya Park and Family Water Park are also less than 10 minutes away. These parks also have special jogging and cycling tracks just like Corniche Beach.

Tourist Club Area is well-suited for fitness enthusiasts because numerous gyms can be spotted in the area. Las Vegas Gym tops the chart which is located near Smokes Center. Lifeline Wellness is 5 minutes away, it is very well equipped. Fitness The Gym, Champions Gym, Force Gym and Top Gym are a few gyms that are closely situated within a 5-minute drive.

As far as salons and parlours are concerned, there are plenty in the area. Hajir Ladies Moroccan Bath, Ghazal Gulf Ladies Salon and Quieter Ladies Salon are all less than 5 minutes away. For men, there is Black Horse Gents Salon and Elite Salon within the area.

Those who want to live a city-centric life with all the amenities within their reach should surely consider the Tourist Club Area to settle down. It is a mixed-culture community and home to expats belonging to different nations and beliefs. Expats, however, cannot purchase property in the area.