Sheikh Khalifa Bin Zayed Street Abu Dhabi, commonly known as Khalifa Street is a mixed-use area. The street houses apartments and office buildings. This community in Abu Dhabi is considered a prime location for professionals who want to live and work in the same district. For them, Sheikh Khalifa Bin Zayed Street is the place to be. This community is in a well-established area in Abu Dhabi where the overall environment is dynamic and there’s a lot going on. Nearby, there are offices of large national and multinational organizations.

The community is predominantly commercial but it does have some residential properties as well. Accordingly, all the residential apartments are situated in mid to high-rise buildings. Nearly all apartment buildings are constructed to modern standards, this means that residents will experience a high standard of living when residing here.

Sheikh Khalifa Bin Zayed Street is home to residential and commercial properties for rent. Freehold property is not available in the area. Those looking to rent an apartment can find that they range from studio to 4-bedrooms. These apartments have spacious bedrooms with built-in wardrobes, stylish bathrooms, a kitchen with cabinets & drawers, large living area and maid’s room.

There are a few properties for rent in Sheikh Khalifa Bin Zayed Street Abu Dhabi. A 4-bed villa unit is located in a modern compound. It features 2 master bedrooms, 2 other bedrooms with built-in wardrobes and 6 bathrooms. There is a spacious living room attached to a dining room connected to a close kitchen. The kitchen door is connected to a garage side, a maid’s room with attached bathroom and a laundry room. The compound is gated and has 24-hour security service controlled by a CCTV system. 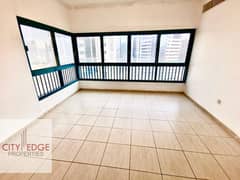 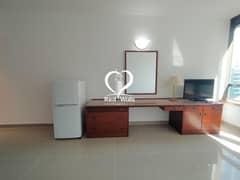 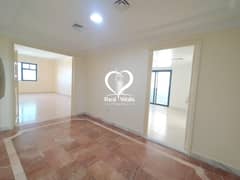 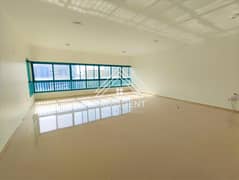 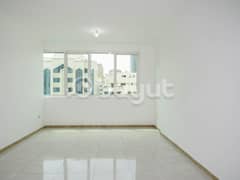 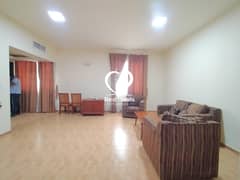 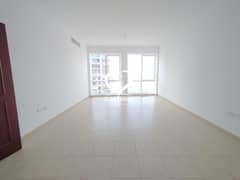 Starting with the studio flats for rent on Sheikh Khalifa Bin Zayed Street Abu Dhabi, the price range from AED 35k and as high as AED 40k per annum. Whereas, the 1-bed rental flats are priced at AED 40k to AED 60k annually.

For renting a 2-bedroom apartment on Sheikh Khalifa Bin Zayed Street, one can expect to pay as low as AED 50k yearly and AED 65k for 3-bedroom apartments. The higher-priced properties offer uninterrupted views of the sea. Finding large 4-bed apartments on Sheikh Khalifa Street can be hard. The area has quite a few to choose from, these will cost as low as AED 88k to AED 140k per annum.

According to Bayut’s statistics, Al Mamoura is the most popular area for renting properties on Sheikh Khalifa Bin Zayed Street. It features studio to 2-bedroom apartment units. Those willing to rent apartments in Al Mamoura can find prices between AED 35k and AED 65k per annum.  One can also find a few hotel apartments and offices for rent in Al Mamoura.

Among other Sheikh Khalifa Bin Zayed Street Abu Dhabi buildings, Lulu Towers is the second most popular on the list. It boasts 1 to 3-bedroom apartments. Apartments for rent in Lulu Towers are priced between AED 48k and AED 125k per annum.

Emerald Tower, Corniche Plaza Tower and Garden View Tower are on third, fourth and fifth place on the list.

When it comes to parking, it all depends on whether the apartment building you are residing in provides you with covered parking. If this is not the case, then there is parking available on the street which you will have to pay for. Accordingly, most areas near Sheikh Khalifa Street will have paid parking.

There are quite a few buses that pass through Sheikh Khalifa Bin Zayed Road. Residents can hop on bus A1, A2 and 074 to get to other parts of the emirate. You can also travel by taxi easily as it is a bustling commercial area.

There are quite a few supermarkets near Sheikh Khalifa Bin Zayed Street Abu Dhabi. The closest supermarket to the centre of the community is Grandiose Supermarket, right opposite The Mall World Trade Centre. You will also find Lulu Express, Al Safa Supermarket, Ever Fresh Hypermarket and more present in the area.

There are no churches on Sheikh Khalifa Road but a short 15-minute drive south will lead to you the community of Al Mushrif. Here there are many churches, such as St. Joseph’s Cathedral, St. George’s Orthodox Cathedral, Evangelical Community Church and more.  There are no Hindu temples in Abu Dhabi, there are plans for one to be constructed in the Al Rabha community, 35 minutes away. Currently, residents can visit the Shiva and Krishna Hindu temples in the emirate of Dubai, roughly 1 hour and 30 minutes away.

Parents will be glad to know that there are many schools near Sheikh Khalifa Bin Zayed Street Abu Dhabi. Al Muna Academy, which is considered amongst the top British schools in Abu Dhabi is a great option for those with young children. It follows the curriculum of the National Curriculum of England for the primary years.

Another notable option for those looking for the British curriculum is GEMS Winchester School Abu Dhabi. The school campus is divided into different buildings for primary and secondary students. Also located nearby in the Madinat Zayed district is the International Jubilee School, which follows the American curriculum.

Quite a few clinics near Sheikh Khalifa Bin Zayed Street Abu Dhabi offer general health care. There is a branch of one of the best clinics in Abu Dhabi, Aster Clinic located near Hamdan Street. This well-managed clinic is a part of Aster Medical Group. You will also find Al Saqi Medical Clinic, Amana Clinic and Life Medical Centre.

There are also a few specialised dermatology, dental or veterinary clinics such as Kaya Skin Clinic, British Dental Clinic and New Veterinary Clinic.

There are at least 11 hospitals that run along with Sheikh Khalifa Road. Notable options include King’s College Hospital, NMC Speciality Hospital and Medeor 24×7 Hospital.

If you go south you can reach Al Mushrif, Al Dhafrah and Al Wahdah. Abu Dhabi Beach, Corniche Beach and multiple parks are easily reachable from any of these communities.

This is one of the more dynamic areas in Abu Dhabi that offers a variety of shopping and dining venues.

Located just opposite Khalifa Street is The Mall at World Trade CentreAbu Dhabi. It houses a convention shopping mall, modern souk as well as commercial and residential space. The massive mall is home to the only House of Fraser, Karen Millen and Missoni in Abu Dhabi. It is a premier option for those looking for luxury fashion and dining options. Its notable dining options include Bu Trinity, Tamba and Jazz@Pizza Express.

Another shopping mall that is close by is the Madinat Zayed Shopping Centre. It is an older more traditional mall. It has a Lulu Hypermarket and a small food court but it is known for its gold and jewellery souk.

As it is a bustling district, there are many restaurants near Sheikh Khalifa Bin Zayed Street Abu Dhabi. A variety of cuisines are offered at different price points.

One of the best perks of living on Sheikh Khalifa Road is that the beach is just a hop, skip and jump away. One of the best beaches in Abu Dhabi, Corniche Beach is reachable within 10 minutes on foot. Corniche Beach is divided into three zones. Al Sahil Beach (Gate 1) is for singles and mixed groups, Gate 2 is a quiet zone for families only. Gate 3 is for families with amenities for children, such as play areas, playgrounds, small rides and more. There are many fitness amenities, sports courts and dedicated walking paths in Corniche Beach.

There a few landmarks near Sheikh Khalifa Street. Residents can visit the famous architectural landmark in Abu Dhabi, Qasr Al Hosn. This fort was once home to the ruling family and was turned into a museum in 2018. It often has on-going events such as workshops, performances and demonstrations. Many visit the museum to view the heritage and growth of Abu Dhabi.

To enjoy the great outdoors, the best place to be is in your neighbourhood park. Accordingly, the most popular park in the area is the Family Park which is located on Corniche Road in Al Khalidiyah. There are playgrounds and rides for children as well as large grassy areas ideal for afternoon picnics.

One of the best gyms in Abu Dhabi, Gold’s Gym have multiple branches across the UAE. These gyms fully equipped with modern TechnoGym equipment, and gym members can also monitor their workout progress using the gym’s cloud technology.

Apart from this, there are many other gyms near Sheikh Khalifa Bin Zayed Street Abu Dhabi. For example, there’s the Flex Fitness and Lifestyle Fitness Gym.

While the community offers a lot of benefits one thing to keep in mind is that there is a high amount of traffic in the mornings for those getting to school or work and in the evenings. There are also no villas in the community. If you are looking for more space or have a large family, consider opting for the 4-bedroom apartments on Sheikh Khalifa Bin Zayed Road.

Where is Sheikh Khalifa Street located?

It is a mixed-use development in Abu Dhabi.

How to get around Sheikh Khalifa Bin Zayed Street by bus?

Those looking for transport can hop on bus A1, A2, and 074 to commute to other areas of the emirates.

How far is it from Abu Dhabi to Sheikh Khalifa Bin Zayed Street?