Rawdhat Abu Dhabi is a 28-hectare modern development by Reem Investments. Stretched across 8.9 million sq. ft., the community is located along Old Airport Road now known as Sheikh Rashid Bin Saeed Street. It is strategically situated next to Zayed Sports City and the Ministries Complex, so one can expect views of the Sheikh Zayed Grand Mosque and the beautiful Old Airport Park from the residential towers. The area is still being developed and some areas are under construction.

Rawdhat is a new neighbourhood with several low and mid-rise residential and commercial towers. Residents enjoy convenience and accessibility to basic facilities such as educational institutes, offices, fitness clubs and medical centres. It is also close to Abu Dhabi International Airport so travelling is never an issue. However, some parts of the area are still under construction. The community will house more than 18,000 tenants when completed.

Apartment buildings in Rawdhat Abu Dhabi are built in clusters. Some are still developing while some projects have been completed. Amidst these buildings, Tower C 93-96 and Tower C 106-107 deserve a mention. Tower C 93-96 is a low rise building with four floors and 49 studio flats, 72 one-bed apartments and 49 two-bedroom apartments.

Apartments for Rent in Rawdhat Abu Dhabi
View all 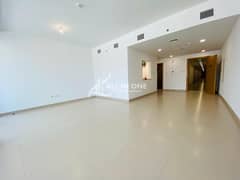 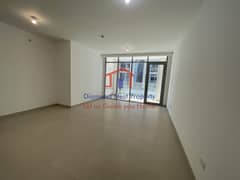 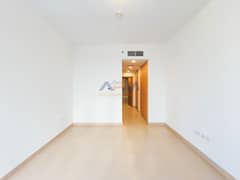 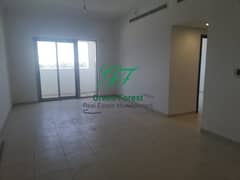 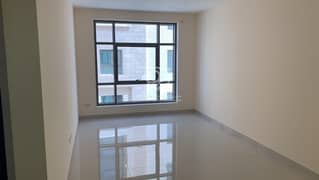 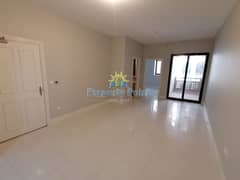 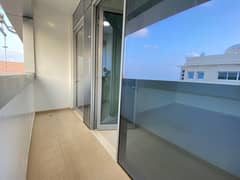 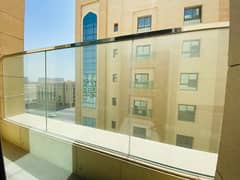 You can also rent offices in Al Rawdhat Abu Dhabi within a price range of AED 107k to AED 151k yearly.

Those willing to invest in commercial properties can find several commercial plots for sale in Al Rawdhat. These commercial units span over an area from 16,304 sq. ft. to 143,094 sq. ft. The sale price varies from AED 23M to AED 37M.

According to Bayut’s statistics, API Building is the most popular building in Rawdhat Abu Dhabi. The rental apartments come in 1 to 3-bedroom configurations. You can find apartments for rent in API Building at a price range of AED 55k yearly and AED 120k yearly.

RDK Residential Complex is second most popular area on the list.

Those looking for floor plans can browse through the Rawdhat Abu Dhabi floor plans available for popular buildings in the neighbourhood.

Likewise, parking spaces in Rawdhat are easy to find. The residential and commercial buildings either come with street parking or have dedicated basement parking for residents and visitors.

Transportation in Rawdhat Abu Dhabi may get a little tricky as bus stops are far away from the residential community. Driving a car is an ideal option while some public taxis and buses can also be used. Bus 40 and Bus A1 pass through Rowdhat and the nearest bus stations are near The Dome and Al Matar South.

There are many supermarkets near Rawdhat Abu Dhabi. Two outlets of ZOOM can be accessed within 8 minutes. One lies in the Capital Centre area and the other is in Zayed Sports City. It has all the daily use items and fresh vegetables and fruits. Another local supermarket SPAR in Al Fahim is also close-by.

If you prefer shopping from Carrefour, you have two options in Danet Abu Dhabi and Al Qurm Gardens. Moreover, Waitrose, Souq Planet and Spinneys are also located nearby.

There are many community mosques in Rawdhat Abu Dhabi located at short intervals. Khalifa Park Mosque, Ibn Taymiyyah Mosque and Hassan Ibn Thabit Mosque are the most popular. Sheikh Zayed Grand Mosque is also easily accessible within 7 minutes. It is the largest mosque in the UAE and is an architectural marvel.

Those who are looking for a church near Rawdhat Abu Dhabi can head out towards the many churches and cathedrals in Al Mushrif, 10 minutes away. Notable options include St Joseph’s Cathedral, St Andrew’s Church and Evangelical Community Church.

The Hindu community will have to travel to Dubai to visit the Hindu temples. From Rowdhat Abu Dhabi it will take approximately 1 hour and 30 minutes to reach Bur Dubai. Sikh residents can visit the New Gurudwara Abu Dhabi in Mussafah.

Brighton College and National Defence College are also nearby. Other higher education options include some of the best universities in Abu Dhabi such as Khalifa University – SAN Campus, University of Strathclyde Business School Abu Dhabi and Emirates College for Advanced Education.

Zayed Military Clinic, Dr Muna Al Murrawi Medical Center and Al Taie Center are a few of the clinics in Rawdhat Abu Dhabi. Imperial College London Diabetes Center can be found in the neighbouring Zayed Sports City and Mediclinic Airport Road Hospital can be found just outside the community.

Some pharmacies are nearby such as Al Manara Pharmacy and Medicina Pharmacy. Additionally, there is an online pharmacy in Dubai.

Rawdhat Abu Dhabi is surrounded by some key areas of Abu Dhabi. Zayed Sports City is situated on the southern end, Ministries Complex is at its north and Al Bateen Executive Airport is right next to Rowdhat.

Mushrif Mall is a family favourite spot on Airport Road and is reachable within 11 minutes. It has many brand outlets and shops, Lulu Hypermarket and multiple restaurants and entertainment facilities.

Restaurants in Rawdhat Abu Dhabirange from fast food eateries to fine-dining restaurants. Burger King, KFC, McDonald’s, Subway and more can easily be found in the area.

Those who want to hit the beach near Rawdhat Abu Dhabi need to travel for 20 minutes to reach Abu Dhabi Corniche Beach. It has separate beaches for singles, families and families with young children. It is one of the best beaches in Abu Dhabi.

However, Al Qurm Beach Resort is only 11 minutes away which is also a serene beach for sandy picnics by the sea. It does require paid admission as it is a private beach.

Sheikh Zayed Grand Mosque is the key landmark of the area situated only 10 minutes away from Al Rawdhat. The mosque is a major point of attraction for tourists as well as for residents during Eid festivals and Friday prayers.

Another major highlight of this suburban area is the fitness amenities in Zayed Sports City. It features basketball courts, an ice rink, football pitches, a bowling centre, paintball zones and much more. Heading to Zayed Sports City is easy for residents as it is less than 5 minutes away.

One can find plenty of landscaped gardens and outdoor spaces in Al Rawdhat. The large Khalifa Park is 7 minutes away from Rowdhat. It features a cultural museum, maritime library and open green spaces with barbecue spots. Old Airport Park is located to the south of Al Rawdhat Abu Dhabi, it is a popular picnic spot. Old Airport Park features shaded walkways and play areas for children.

Football enthusiasts can find Rawdhat Abu Dhabi Football Club in the neighbourhood. This sporting facility feature outdoor pitches laid with a modern synthetic grass system known as 3G pitches. Other amenities of the football club include a sports café, pitches, a lounge, fully equipped changing rooms and showers, a viewing terrace and a children’s playroom.

Fitness enthusiasts will find some renowned clubs and gyms nearby like Elite Fitness and Haddins Gym in Zayed Sports City. For a pampering experience, you can visit Mirzan Spa and Estetica Beauty Salon in the Hilton Capital Grand Hotel.

Many cultural and religious festivals are held at Sheikh Zayed Grand Mosque which is attended by families living close by and visitors from all over the country. The mosque is decorated with lights on special occasions like Eid and Ramadan. A grand prayer area is hosted for the visitors on these occasions.

Bus stops are slightly far away from the area, thus using a car or cab is an ideal option. However, the community will soon have its own shuttles when the project reaches completion.