Khuzam is a small, suburban area located in Ras Al Khaimah. The residential area is deep-rooted within the city, enveloped by many local facilities. Far from traffic and pollution, the properties in Khuzam enjoy the convenience of an urban lifestyle with post offices, schools and social health clubs just a short drive away.

Khuzam has large, elegant and highly maintained villas available for rent at cheaper prices compared to other areas of the city. The area is close to Khuzam road, which adjoins with Muhammad Bin Salem Road that links the residents to the rest of the city.

Khuzam is a blend of large, old-style villas and other facilities, which makes it a peaceful and friendly community. Its location near the Arabian Gulf provides the area exquisite tranquillity that attracts the renters who prefer slow paced living, far from city life.

Those who are interested in renting villas in Khuzam, can choose from a number of spacious and furnished villas. Some of the villas are completely new while others display the mark of rich Arabian history.

Villas for Rent in Khuzam
View all 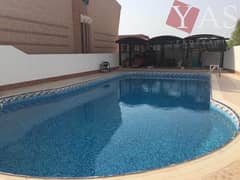 The rental trend of properties in Khuzam starts from as low as AED 30k to around AED 135k per annum, depending on the surface area of the villas. The minimum area covered by a villa is 1500 sq. ft. on an average and a large villa can be approximately 8000 sq. ft.

As the area also caters to small families, some of the villas are separated into sections for small families to share. There are a few apartments available for rent as well. The apartments cover an area of 450 sq. ft. to 700 sq. ft. The rent varies depending on sq. ft. and can cost around AED 18k to AED 25k, annually.

TRANSPORTATION AND PARKING SPACES IN KHUZAM

Parking in Khuzam is not much of a problem for the residents of Khuzam as there is plenty of garage space available inside the villas for residents and also for visitors. If perchance the space inside the villas feels crowded, visitors can park their cars outside the properties, on the street.

Khuzam is a well-established region of Ras Al Khaimah. Despite being a small area it offers many community facilities to its residents such as supermarkets, restaurants with regional specialities of different countries, mosques, hospitals, clinics, schools and nurseries.

CHURCHES AND MOSQUES IN KHUZAM

There are no immediate churches in Khuzam, although in the broader community, Ras Al Khaima, located alongside E11 there is Church Nakeel, 13-minute drive away.

Khuzam is a family-oriented area where several schools are available within the premises. For children that are under the age of five, there are six nurseries available, as well as primary schools. First Step Nursery RAK and Little Treasures Nursery Khuzam Branch are on Khuzam Road. While New Sunshine Nursery, Kinderwood Nursery, Sunrise Nursery are just a short drive away. The Right Start Nursery is located within the area, just 2 minutes short.

Other schools near Khuzam include The WellSpring School - which is one of the most popular schools in Ras Al Khaimah, RAK modern Private School, Al Manar School and International School of Choueifat. All these schools are at a maximum distance of seven-minutes from the area.

HOSPITALS AND CLINICS NEAR KHUZAM

The people living in Khuzam don’t need to drive around the city to get medical aid in case of emergencies. The closest hospitals in Khuzam is RAK Hospital, which is a government hospital and provides all sorts of medical services, is at an 8-minutes’ drive from the area. The European Medical Centre, an excellent yet cheap dental care clinic is at a 9-minute drive. The Emirates Hospitals and Clinics is a healthcare company that has experienced practitioners on their panel and can be reached within 11 minutes, by drive.

Khuzam is connected to RAK’s busiest road; Sheikh Muhammad bin Zayed road and many nearby areas by the Khuzam road. The areas that border Khuzam are Al Nadiyah, Al Dhait North, Al-Turfa, Al Duhaisa and Al-Qurm. The neighbouring city Umm al Quwain is a short drive away if you want to marvel at the spectacular beauty of the Arabian Gulf.

Khuzam is close to a bunch of malls, such as the RAK Mall. It is the biggest shopping mall in the city, with a food court and kids play area and is located on Khuzam Road, just 4-minute drive away for Khuzam residents. Other malls near Khuzam include, Manar Mall, which also has its own cinema movie theater. Bab Al Rayan and Al-Naeem City Mall are at a ten-minute drive away from the area. Souq planet and Grove Village are also popular malls located near the area.

There are a number of restaurants in Khuzam. People who like trying out culturally diverse food will love it here as the restaurants don’t just offer Middle Eastern cuisines but also the best of Asia and Italy. Kabab Mahali Restaurant that serves a variety of cuisines is located on Sheikh Rashid bin Saeed Al Maktoum Road and is just a 7-minute drive from the area. India Palace serves Asian dishes and is at 4 –minute drive. Rashid Ali Restaurant is just 5 minutes away and Fine foods which is on Khuzam Road is just 3-minutes away.

Flamingo beach resort lies close to the beaches of Arabian Gulf and is hardly 8 minutes away from Khuzam. It is an ideal location to have fun and enjoy beach activities that include snorkelling and fishing. The spectacular view of the beach from the room is awe-inspiring. Alternatively, Al Cove Rotana Beach is just 15 minutes away from the area. It is a kid-friendly beach where families can enjoy and spend some quality time together.

The famous landmarks that add to the attraction include the Clock Roundabout, which marks the intersection of Khuzam Road and Sheikh Muhammad Bin Salem Road. The historical landmarks include Al Qasimi Palace and Lamp Roundabout. Eid Roundabout is also a historical Landmark just six minutes away from the area.

For an engaging day, residents can visit entertainment places nearby. The Ras Al Khaimah Water Ski-Club offers water skiing in an affordable range. You can also try out the Tower Link Golf Spa, Jungle Bungle and Adventurati Outdoor for other diverse activities.

There is no shortage of gyms and salons in Khuzam. A few closet salons in the area include Sabaya Beauty Salon, Jadayal Beauty Center, Turkey Beauty and Henna Salon, The House of Beauty and Al Sabah Beauty Center.

For maintaining a fitness regime, the gymnasiums within the vicinity include Wellness, Barrej Health club, NAS Private Gym and Kitchen and Power Fitness Gym, all located along the Khuzam Road. There’s a separate gym for ladies only called the Style Ladies Fitness RAK located at a 3-minutes drive.

Khuzam residents can visit nearby venues for seasonal events. Children can celebrate UAE National Day, Sports Day and a Trip to RAK Mall in the NEW Sunshine Nursery. Adults can attend community events and workshops held in the broader RAK community.