The area, which was launched by Nakheel in 2002, is well known for its signature low rise country-themed clusters. It is located near popular neighbourhoods like Academic City, Dubai Silicon Oasis and Al Warqaa adding to the appeal for both buyers and renters.

One of the biggest benefits of living in International City is that it offers you a multicultural community lifestyle while keeping the price tags modest. In this area guide, you will find a detailed overview of what the area is all about.

In a city as cosmopolitan as Dubai, it makes perfect sense to have a community named after the global vibe of the emirate. International City is essentially a residential compound offering people access to community living without a hefty price tag. The 10 prominent building clusters housing the apartments in International City are named after countries around the world, earning the development the moniker of ‘International’ City.

The development did have a rocky start with some concerns about sanitation, but things have stabilised now and it’s developing into a sought-after location to live in Dubai. Living in International City will never be boring thanks to the two huge Dragon Marts: full of obscure finds, budget deals, restaurants and cinemas.

There are over 500 apartments in International City spread over the 10 clusters. The second phase of the project is also under development where a few buildings have even been opened up to buyers and renters.

The residential clusters are named Persia, Greece, Spain, Morocco, England, France, Italy, Russia, China and Emirates. The Central Business District, located in the centre of the clusters, features some of the larger 2 and 3-bedroom apartments for renters and buyers who want a little more space. The freehold townhouses and villas for sale in International City are currently restricted to Al Warsan Village, located on the south-west boundary of International City.

The residents of International City enjoy a cosmopolitan lifestyle with lush communal areas, lakes and an overall tranquil ambience of an expat community.

Apartments for Rent in International City
View all 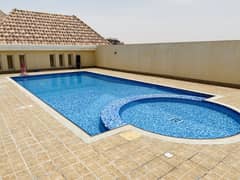 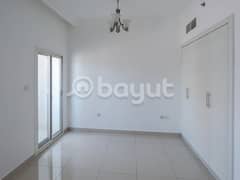 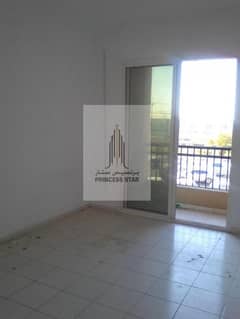 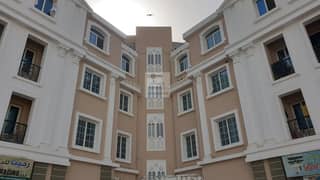 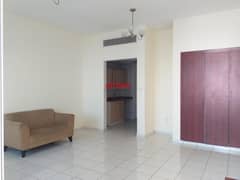 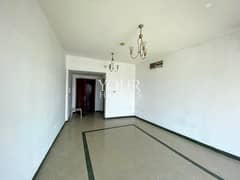 There is a high volume of studios and 1-bedroom apartments for rent in International City making it extremely popular with those looking to live independently.

The average rent for studios in International City is AED 23k while the larger 1-bedroom apartments can be leased out annually in a price range of AED 25k to AED 50k. Families may be more inclined towards the rental 2-bedroom apartments which average at AED 50k.

Villas for Rent in International City
View all 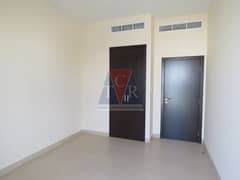 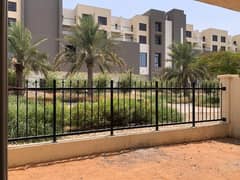 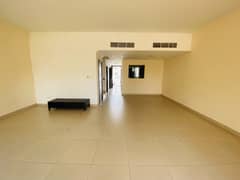 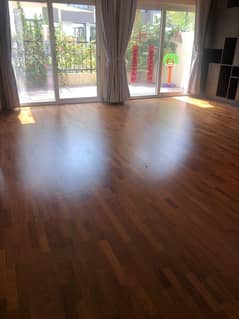 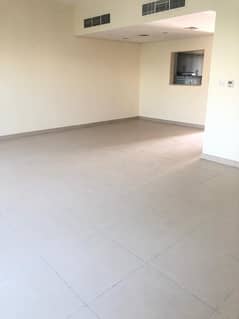 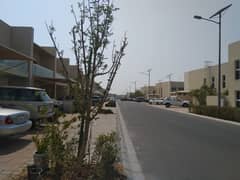 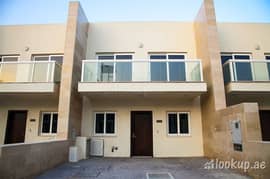 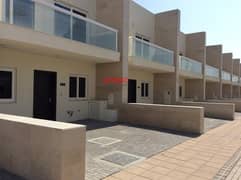 Al Warsan Village is gaining popularity for its townhouses, with average rents for 3-bedroom townhouses starting at AED 82k, making it one of the most affordable villa communities in the city.

Apartments for Sale in International City
View all 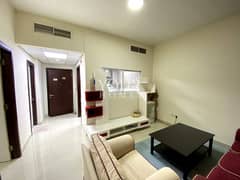 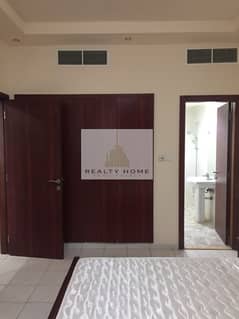 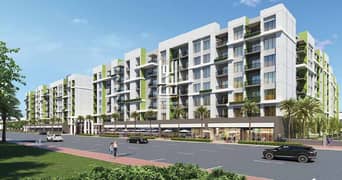 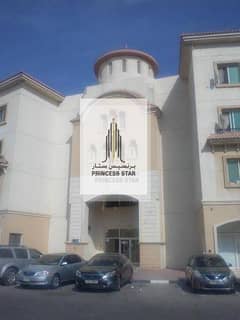 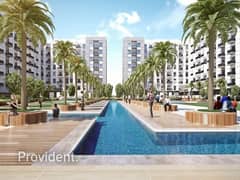 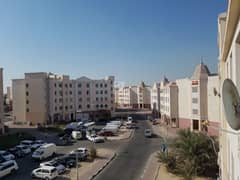 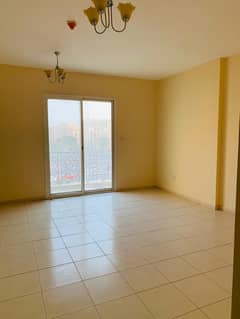 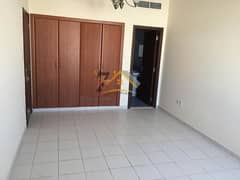 Studio and 1-bedroom apartments in International City earn an ROI of 9.3% and 9.2%. The return on investment for larger 2-bedroom and 3-bedroom units is 6.4% and 7.2%, respectively.

The return on investment for 3-bedroom townhouses in the area is 5.9%.

Amongst these, the popular community in International City is Phase 2, followed by Spain Cluster and England Cluster. Rounding up the list is Greece Cluster and Central Business District.

Studios, 1 and 2-bedroom apartment for sale in the Phase 2 development offers comfortable, private spaces for the city’s professionals. The properties in Phase 2 are also newly constructed and many are off-plan as the sub-community is not yet complete.

The domed windows and bright peach Mediterranean tiled themed low-rise buildings of Spain Cluster will remind you of traditional Spanish architecture. It is one of the popular clusters in International City to rent apartments. England Cluster is known for its buildings featuring Victorian architectural themes, commonly found in 18th and 19th century British architecture. The buildings in Greece Cluster feature Doric columns, symmetric windows and tiled roofs, key elements of Greek architectural styles. Central Business District is home to many different buildings in a range of styles such as Royal Residence, Global Green View 2 and Al Dana 2.

Interested tenants can take a look at International City floor plans for popular communities/buildings in the neighbourhood.

Parking is free in most parts of International City, creating a few issues for residents here. The buildings don’t come with any dedicated residents’ parking, residents and visitors will both have to find street parking space.

In terms of public transportation in International City, the area is not directly connected to the metro. Instead, there are four bus routes for the area, taking you to popular metro stations like Al Rashidiya Metro Station, Etisalat Metro Station and Al Nahda Metro Station. Access to the main roads is not an issue because it’s situated between Interchanges 5 and 6 of Mohammed Bin Zayed Road, but traffic congestions are common during the mornings and evenings on weekdays.

The Carrefour in Dragon Mart 2 is the place to go if you have to do a monthly shop and stock up on essentials. Other popular supermarkets in International City include smaller versions of Lulu and Growth Mart.

The clusters of flats in this neighbourhood have convenience stores to cater to your daily needs, even home delivering groceries over a phone call. The speciality ethnic stores in the clusters are well known for stocking authentic goods from their respective countries.

The most notable mosques in International City are Persia cluster’s Cabin Mosque, Spain cluster’s Sheikh Abdel Hameed Masjid and England cluster’s Masjid-e-Noor. Residents will have to travel a bit far to visit the top churches in Dubai, Dubai City Church and St. Mary’s Church in Oud Metha are located a 30-minute drive away. The nearest temples are the Krishna Temple and the Shiva Temple in Bur Dubai, both of them are accessible in half an hour.

For tiny tots, Kids World International and Fly High Nursery are resident parent favourites. Parents looking at high school options will find plenty of reputable schools nearby. Located in A Warqaa, International School of Arts & Sciences is an American curriculum option, it offers the full syllabus up till Year 12.

Other options include GEMS Modern Academy, it offers the Indian Curriculum until Year 12 and also offers the IB system for Year 11 and 12. Repton School in Nad Al Sheba offers the UK and IB module of education until Year 13. The neighbourhood is in proximity to Dubai International Academic City which has a range of reputable international and local universities.

Clinics and Hospitals in International City

If you are feeling under the weather, the hospitals in International City are located close by with at least two clinics in each cluster. Some of the best clinics in Dubai have branches here including Apple Clinic, Aster Clinic and Amber Clinic where you can easily pop into for a quick consultation. Pharmacies are staples of most building clusters, and both Dragon Marts have large branches of Life Pharmacy.

International City is close to Dubai Silicon Oasis, Al Warqaa and Academic City. The most popular tourist hotspot nearby is the Dubai Safari Park launched in late 2017 housing over 2,500 animals, reptiles and birds.

It’s a little difficult to live in Dubai and be far away from a mall! The mega Dragon Mart is one-stop-shop for those looking for malls in International City. It consists of Dragon Mart 1 and Dragon Mart 2 both of which are the largest trading hubs for Chinese goods in Dubai, making it a firm favourite for retail therapy. With over 4,000 stores, these malls have multiple retail outlets featuring brands you may not encounter anywhere else! Walking around Dragon Mart and finding the best deals is one of the biggest advantages of living in International City.

Known as a foodie hub, the restaurants in International City are known for their authentic offerings. Popular chains like Chilis, Le Pain Quotidien and Starbucks are relegated to the malls, while smaller local cafes and shisha lounges dot the clusters of International City.

International City is home to some of the best-hidden gems in Dubai, most of the restaurants in each cluster are known to be authentic eateries. There are no licensed restaurants or bars in the area, so if you fancy a pint, you have to head further into the city centre.

If you fancy a day of sun and sand, the closest beach near International City is Jumeirah Beach, just over half an hour away.

Dubai has grown into a city known for its lush green golf courses and International City has not been left behind, the Track at Meydan golf course in Nad Al Sheba is just 15 minutes away. If you are planning to explore any new sports and things to do in International City, equestrian centres like the Desert Palm Polo Club and the Emirates Desert Equestrian Club are great places to frequent.

Nature lovers can spend hours in the company of migrating birds in the Ras Al Khor Wildlife Sanctuary, just 15 minutes away from the neighbourhood. One of the biggest benefits of living in International City is getting to sight these pink-legged flamingos found in abundance at close quarters during winters!

One of the key updates to the International City development was the launch of the Lake District in Al Warsan. The residential complexes here are under construction, but Al Warsan Lake, fringed by landscaped parks in International City, is popular for walks and jogs in the evening. The neighbourhood also has Paris Children’s Park in the France cluster.

Fitness enthusiasts will be happy to know there are several gymnasiums around the area, apart from the small fitness centres in the buildings. Notable amongst these are V Fitness, Fitness 360 and Target Gym.

International City has managed to become a hallmark of affordable living in Dubai, attracting a large number of residents and investors. But one of the things to consider when you are moving to International City is the sanitation issues the community has faced in the past. Although this issue has been dealt with and there are no more complaints of smells from the sewage plant nearby, it is still something that early residents recall with disfavour.

The other area of concern is the parking-related issues in the community. As more infrastructure develops around the area, this too will hopefully become a non-exist problem.

International City is a freehold area, it mainly offers apartments for sale.

Which is the best cluster in International City?

Which metro station is close to International City?