Hadbat Al Zaafran, or Al Zafranah, is a central suburb in Abu Dhabi. It is a mixed-use area that features many residential, commercial as well as multipurpose projects. Hadbat Al Zaafran adjoins the suburb of Al Saada to the east while the prestigious Al Nahyan suburb neighbours it from the west.

As it shares borders with Mangrove National Park from the north, it is an ideal residential area for those who wish to live close to nature. Hadbat Al Zaafran’s central location makes commuting to either side of the city quite convenient. From a leading university to a famous mall, the neighbourhood has a number of facilities to offer.

The community is divided into large blocks that feature a mix of apartments, villas as well as commercial and recreational areas. One is likely to find a larger amount of rental properties compared to freehold properties.

There are many government offices in the neighbourhood that regulate traffic and vehicles in the city. These offices include Traffic & Patrols Directorate and Traffic Engineering and Road Safety Department. There are a couple of embassies in the area as well. You can find the Royal Embassy of Thailand, the Embassy of Djibouti, the Embassy of Seychelles and the Embassy of Uzbekistan.

Residential properties for rent in Hadbat Al Zaafran come in a variety of options. Large families can opt for private and luxurious properties such as villas. A rental or a freehold villa has a large floor plan that may exceed 4,000 sq. ft. of built-up area and includes up to 4-bedrooms and six bathrooms.

Quaint low-rise residential buildings dominate the area which stands in sharp contrast against the modern-style skyscrapers of the capital. One of the features about the buildings in Hadbaat Al Zaafran is the fact that each contains fewer apartments. A small number of apartments means added privacy and well-spaced-out layouts per unit.

Apartments for Rent in Hadbat Al Zaafran
View all 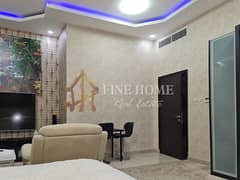 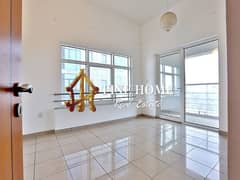 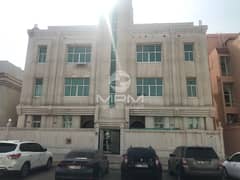 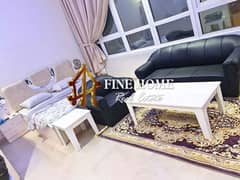 As for rental apartments, one can rent studio units in Hadbat Al Zaafran at a price range of AED 32k and AED 40k per annum. The price of a 3-bedroom apartment for rent starts from AED 63k per annum.

Townhouses for rent in Hadbat Al Zaafran costs AED 120k per annum for a 4-bed unit.

Those looking for a short stay in this area can go for Loulou Asfar Hotel Apartment. It is a 3-star hotel project on Sultan Bin Zayed the First Street. The hotel offers studio rooms and 1-bed suites.

Parking spaces in Hadbat Al Zaafran include street parking spaces and parking lots near community facilities such as Mushrif Mall and the hospitals. Indoor facilities for private parking comes with every house in the neighbourhood. Residents in the apartment buildings are also offered a covered parking, generally one parking space per unit.

Options for transportation in Hadbat Al Zaafran include public bus services. Commuters can catch Bus A1, 32, 44, 52 or 101 at the Mushrif Mall bus stop. Using the taxi service is also a convenient option of getting around for those who don’t have their own means of transport.

Car-owners will not have to drive too far to refuel their vehicles. Two ADNOC service stations are strategically located on either side of Sultan Bin Zayed the First Street.

From corner shops and small grocery stores to large markets, the neighbourhood has abundant options when it comes to everyday home shopping. Supermarkets in Hadbat Al Zaafran include Select Market, LuLu Xpress Freshmarket, Millennium Supermarket, also known as Millennium Catering & Trading. Residents of Hadbat Al Zaafran can find a branch of Lulu Hypermarkets in Abu Dhabi located on Muroor Road or in Mushrif Mall. A few grocers in the community include Step Grocery, Sofia Baqala and Magwar Baqala.

There are a few churches in Abu Dhabi located in Al Mushrif, just outside the border of Al Zafranah. You can find St. Joseph Cathedral, St. Andrew’s Church and Evangelical Community Church, also known as The Evangelical Church.

There is a Hindu temple planned in the community of Al Rahbah, 30 minutes away. While it is under development, residents will have to visit the Shiva and Krishna temples in Dubai, roughly 2 hours away.

Hadbat Al Zaafran Abu Dhabi is home to a few higher education institutes. One of the top universities in Abu Dhabi is Khalifa University which is located on Sheikh Rashid Bin Saeed Street. Other top colleges and universities in the area include Emirates College for Advanced Education and the Higher Colleges of Technology.

Residents can pick up their medicines from either Oxford Pharmacy, Medicina Pharmacy – Gulf or Medicina Gulf Pharmacy as it is also called, Wellness Pharmacy or Al Mulla Pharmacy.

Al Nahyan is another neighbouring area close to the mangroves park. It features Delma Park, Al Wahda Mall, Al Nahyan Stadium and Al Jazira Sports & Cultural Club. Al Nahyan also has few of the key educational institutes such as Higher Colleges of Technology, The Emirates Centre for Strategic Studies and Research, and Emirates Institute for Banking and Financial Studies.

Mushrif Mall in Hadbat Al Zaafran is located near the intersection of Al Dhafra Street and Sheikh Rashid Bin Saeed Street. It is the ultimate retail destination for residents as well as people visiting from other areas. Mushrif Mall is popular not only for the spectrum of major brands it offers but for the variety of dining and kids entertainment options as well.

Sultan Bin Zayed the First Street, also known as Muroor Road is lined with several burger restaurants in Hadbat Al Zaafran. These include Burger Hut, The Burgerista Cafeteria, X Burger and Burger & More. There are a few popular fast-food chains too on the same street, such as KFC, Texas Chicken and Pizza Hut. Subway is located inside the Khalifa University campus.

For pure beach fun, one can drive to one of the beaches near Hadbat Al Zaafran such as the popular Corniche Beach as well as the southern Al Qurm Beach and Al Bateen Beach Abu Dhabi. All of these are popular public beaches in Abu Dhabi with many amenities. You can reach Corniche Beach near downtown Abu Dhabi in 15 minutes, while Al Qurm Beach and Al Bateen Beach can be reached in 12 minutes or less.

The aforementioned Mangrove National Park curves its way along the neighbourhood’s edge. This stretch of the calm lagoon and protected coastal ecosystem is only a short drive away. One can go on a kayaking tour and spot intriguing bird and fish species while paddling around the lush mangroves.

A favourite leisure activity of citizens is watching blockbusters in movie theatres. Some of the top cinemas in Abu Dhabi such as Al Wahda Cinema, Oscar Cinema and Novo Cinema are nearest options for the residents of Hadbat Al Zaafran.

Those who would like to extend their artistic vision can visit N2N Gallery, Reflections Art Gallery, La Parole Art Gallery or Etihad Modern Art Gallery. These are some of the best art galleries in Abu Dhabi and can be reached in under 15 minutes.

Public parks in Abu Dhabi are ideal for families who appreciate some quality time outdoors. A few residents often visit Al Ghaf Park in Hadbat Al Zaafran for their morning workouts. Set beside Mushrif Mall, it is a peaceful green area that offers an ideal surrounding for meditation and yoga. More parks to explore include Al Zafranah Park, Khalifa Park and Umm Al Emarat Park.

There are many green spaces in the neighbourhood such as football grounds and small parks in the community. These are popular locations to exercise outdoors. Fitness enthusiasts can go to Weiders Gym in Hadbat Al Zaafran and Vibez Fitness Center & Spa (ladies only) in Al Mushrif.

There is a wonderful variety of salons in Hadbat Al Zaafran. These include Braids Ladies Salon, Oriental Magic Salon, Glow Moments Beauty Center and Kaya Skin Clinic which is located in Mushrif Mall.

There are also events held in Mushrif Mall on public holidays and special occasions. If you are looking for sporting events then you can head to Al Nahyan Stadium and Zayed Sports City, both of which are 10 minutes away.

Hadbat Al Zaafran Abu Dhabi is a great area to find affordable residential options. But at times finding a large unit can be challenging. Nevertheless, renters will find numerous smaller properties in the neighbourhood.

Where is Hadbat Al Zaafran located?

Hadbat Al Zaafran is a mixed-use community that features many residential, commercial and multipurpose projects.

How to get around Al Zaafran in Abu Dhabi from Dubai?

Are there any hotels in Hadbat Al Zaafran?