Granada is a gated community in Mina Al Arab featuring villas and townhouses. It is a waterfront community surrounded by lush landscaping offering a perfect place for families to live in. The residential area is located close to Sheikh Mohammed Bin Salem Road providing ease to access the neighbouring communities. It is a project by RAK Properties.

Granada is a family-friendly community offering contemporary arabesque style homes. The beachfront community is the first phase of Mina Al Arab where all the basic facilities and amenities are available.

Salient features of Granada are:

Sheikh Mohammed Bin Salem Road runs along the community on the southern side providing hassle-free commutes to the key areas of the emirate.

Properties in Granada include villas and townhouses in 3, 4 and 5-bedroom configuration. The size of these houses varies from 3,238 sq. ft. to 5,000 sq. ft. These two-storey houses feature a spacious living area, a separate dining room, study room, a maid’s room with bathroom and a powder room. The built-in wardrobes and attached bathroom in the bedroom, garage and balcony are other features of traditional Arabian villas in Granada.

The rental rates of houses in Granada are:

Usually, the landlord demands post-dated cheques for annual lease. The number of these cheques vary from four to eight or monthly in some cases. If you are interested in renting the property in Granada then you must check the payment plan first.

The price range of off-plan properties in Granada is as follows:

Villas for Sale in Granada
View all 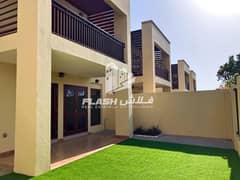 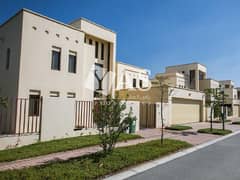 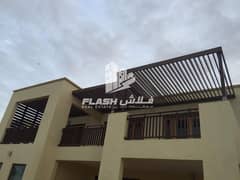 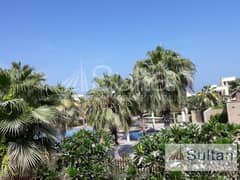 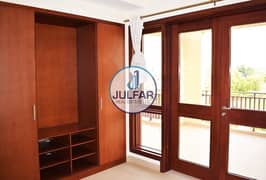 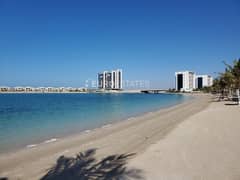 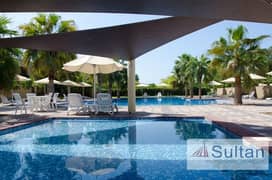 Investors can also purchase townhouses in Granada. The price range of townhouses is as follows:

Townhouses for Sale in Granada
View all 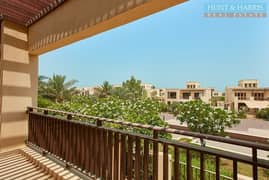 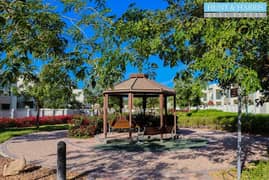 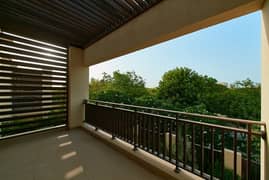 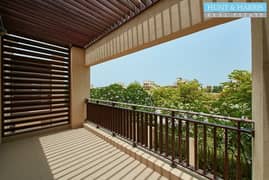 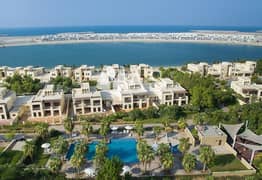 Buying property in Granada can be a lifetime investment for investors and end-users.

TRANSPORTATION AND PARKING SPACES IN GRANADA

Each villa and townhouse in the community come with parking space for one or two vehicles. Visitors can park their cars outside the house as well.

Those looking for public transportation in Granada can find the nearest bus station a 12-minute drive away. As the bus stop is located a bit far from the community, it is preferable to commute using private conveyance.

There are plenty of supermarkets near Granada from where residents can stock up their daily essentials. These include Choithrams, Al Mondial Grocery and Bloom Supermarket. All these grocery stores are located within a 6-minute drive.

Muslim community members can offer their daily prayers in Al Riffa Mosque and Abdullah Al Sharhan Mosque. These mosques near Granada are accessible in a 5-minute drive.

OTHER PLACES OF WORSHIP NEAR GRANADA

Parents with school-going children can find various schools near Granada, these include:

Emirates National School follows the American curriculum in combination with International Baccalaureate (IB) programs from Kindergarten to Grade 9 students. It is one of the best schools in RAK located in a 13-minute drive.

Higher-education institutes near Granada are:

RAK Medical and Health Sciences University is one of the reputable universities in RAK owned by the Government of Ras Al Khaimah. It offers bachelors, masters and diploma programs in pharmacy, medicine, nursing and surgery. The university is accessible in a 20-minute drive via Khuzam Road.

CLINICS AND HOSPITALS NEAR GRANADA

The American Medical Clinic is a trusted source for diagnosing and treating medical issues such as asthma, cardiovascular diseases, paediatrics, ear and throat diseases and general primary healthcare. The clinic is located an 8-minute drive away. Residents can also visit some of the top hospitals of RAK including Sheikh Khalifa Speciality Hospital, RAK Hospital and Thumbay Clinic in a 15 to 20-minute drive.

The residential communities near Granada are:

Malibu and Flamingo Villas are located to the eastern side while Bermuda Villas is towards the northern side of Granada Villas. Other sub-communities of Mina Al Arab such as The Lagoon and Lagoon Walk are also in proximity to the community. Since the residential area lies next to Sheikh Mohammed Bin Salim Road, residents can easily access some of the popular areas of the emirate including Al Hamra Village and Al Jazirah Al Hamra.

Popular shopping malls near Granada are:

Al Hamra Mall is a two-storey mall home to around 130 local and international retail brands, more than 20 dining options, Spinney’s supermarket and other entertainment options. Brands at Al Hamra Mall include:

Al Hamra Mall is one of the best shopping malls in RAK known for its traditional Arabic architecture. It is situated a 12-minute drive away from the residential community.

People can find a number of restaurants near Granada such as:

Those looking for nightlife options can visit these pubs near Granada:

The Bay Sports Bar offers a wide range of beers and cocktails along with old favourites such as burger and sandwich. It is one of the top 10 bars in Ras Al Khaimah located in the neighbouring community Al Hamra Village. The pub is accessible in a 15-minute drive through Sheikh Muhammad Bin Salim Road.

Since the residential community is located near the coastline, residents can find a couple of beaches near Granada. These include Al Jazeera Beach and Sidroh Beach that are accessible in a 15-minute drive. The Cove Rotana Resort is a popular hotel in RAK and known for weekend gateways and staycation. It is located an 8-minute drive away from the community.

Some of the notable landmarks near Granada are:

National Museum RAK is a must-visit tourist spot for those interested in history. It has a stunning collection of archaeological, ethnological and ethnographic objects. Formerly known as RAK Fort, the museum has kept the exhibits of some of the famous discoveries of the late Islamic period.

Al Hamra Marina and Yacht Club is another tourist attraction nearby. It has several dining options and a club as well. Khatt Springs is one of the notable landmarks of Ras Al Khaimah (RAK). It has three hot springs from which natural sulphur water is produced. Several resorts, pools and wellness centres have been built near the springs for the visitors. The water of these springs is known for its health benefits. Residents of Granada can reach Khatt Springs in a half an hour drive.

There is a wide range of fitness facilities available in the community such as:

One of the popular community parks in Ras Al Khaimah, Khuzam Family Park is located in proximity to Granada which is dedicated to women and children only. In the park, ladies can sit and relax on comfortable benches while children can enjoy playing in the playground with a bicycle track and other rides.

Fitness enthusiasts can find plenty of gyms near Granada where they can keep up with their workout sessions. These include Gold’s Gym Mina Al Arab, Future Fit and Ruby Fitness. All these fitness centres are located within a 7 to 14-minute drive.

Salons and spas near Granada include:

Ayana Beauty & Spa offers body, facial and nail care treatments along with hair styling and massage services. The salon has Jacuzzi, steam and massage rooms that exhibit themselves in the traditional Moroccan Hammam Style. Ladies can visit some of the notable salons in Ras Al Khaimah in a short drive of 10 to 15-minutes. These include Nayomi Beauty Salon, France Coiffure and The Beauty Zone Salon & Spa.

Although there isn’t any social community group specifically for residents of Granada, they can join a Facebook group called ‘Positive Mina Al Arab Residents’. Through this group, residents can keep in touch with other community members and stay updated with upcoming events.

Granada is an ideal residential community for those interested in living on the coastline of the emirate. However, one should keep in mind before buying or renting a property in Granada that there is a lack of public transportation in the community. One should have a private conveyance for the commute as it is difficult to access the major spots of Mina Al Arab through public transport only.