The Dubai Festival City neighbourhood offers a complete community lifestyle integrated with hospitals, schools and recreational hubs. The residential units in the community, with apartments, villas and townhouses, largely appeal to couples, individuals and families.

With one of the emirate’s leading retail centres as part of the community, residents have easy access to daily necessities. The community also boasts several renowned schools and green spaces.

Al Badia Residences offers 1, 2 and 3-bedroom apartments catering to families and individuals. Surrounded by landscaped gardens, the low-rise apartments come with great amenities and visually appealing views of Dubai Creek and the majestic skyline of the emirate. All apartments come with either balconies or private terraces. The buildings include shared amenities such as children’s play areas, swimming pools, gyms, sports courts and other amenities. Those interested in the layouts of the apartments can view the Al Badia Residences floor plans on Bayut, available in both 2D and 3D formats.

Marsa Plaza is an upscale residential tower which offers direct unobstructed views of the Dubai Creek and the rest of the city. It is located in the Marsa Al Khor District, towards the north of the DFC community close to the Lake Walk. The apartments in Marsa Plaza range from 1, 2 and 3-bedroom flats to 3 and 4-bedroom duplex units. Marsa Plaza is known for its unique shape, the whole tower is built in a curved shape. To view the different configurations in 2D and 3D formats, view the Marsa Plaza floor plans on Bayut.

Apartments for Rent in Dubai Festival City
View all 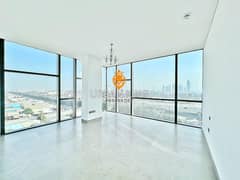 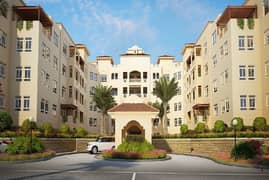 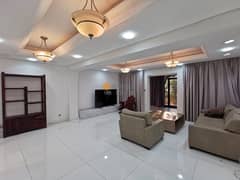 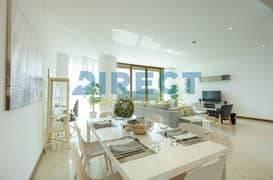 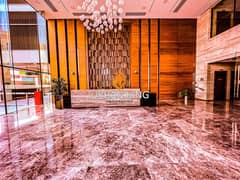 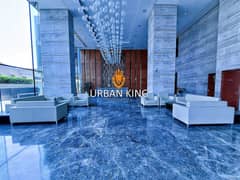 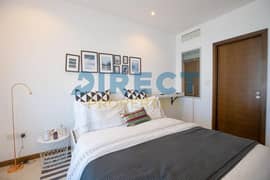 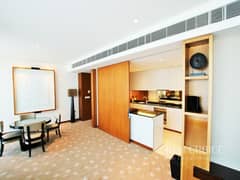 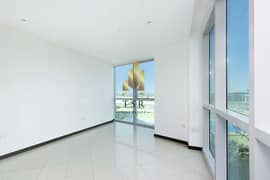 Apartments for Sale in Dubai Festival City
View all 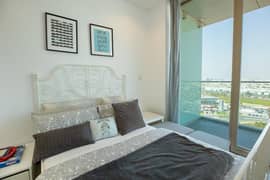 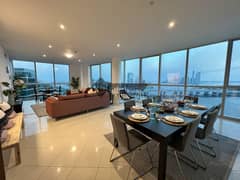 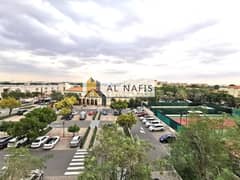 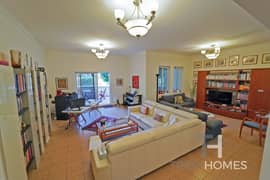 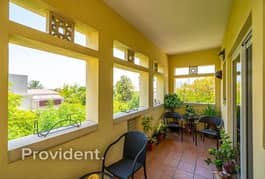 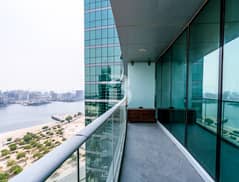 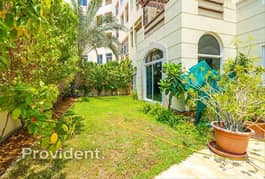 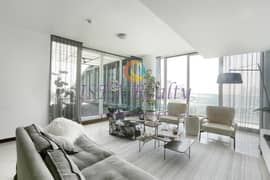 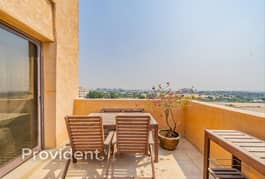 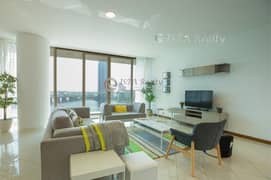 Rounding up the list of popular communities in DFC include the residential building of Marsa Plaza. Located in the Marsa Al Khor District, it comprises a range of apartments; offering 1, 2 and 3-bedroom units along with 3 and 4-bedroom duplex flats. Built with modern architectural designs, the building is one of the visual landmarks of Dubai Festival City. The apartments for sale in Marsa Plaza come with several amenities such as valet parking, swimming pools, fitness studios and 24-hour security.

Dubai Festival City is home to a total of four internationally acclaimed hotels:

Dining venues at InterContinental DFC include Pierre’s Bistro and Bar and the Choix Patisserie and Restaurant both headed by Chef Pierre Gagnaire who has three Michelin starred restaurants. There is also the all-day-dining buffet restaurant called Anise and the Vista Restaurant & Terrace.

The 5-star Crowne Plaza Dubai Festival City is another popular option as it is also directly connected to the Dubai Festival City Mall. Facilities in the hotel include a gym, a spa, a 25-metre temperature-controlled outdoor swimming pool and 14 meeting rooms. Dining options available here include the Belgian Cafe, the Meditteranean restaurant Zaytoun and the Skyline Lounge.

Holiday Inn Dubai Festival City is a 4-star hotel with 509 rooms and 25 suites. The hotel features three swimming pools including one children’s pool, a 24-hour Business Centre, a fitness centre, a spa, a currency exchange and a convenience store. Holiday Inn Dubai Festival City has six meeting rooms and the massive Al Badia Ballroom which has the largest room capacity of 325 guests. The hotel has three restaurants: Zeste Kitchen, Joe’s Backyard and Sirocco.

InterContinental Residence Suites Dubai Festival City features rooms, suites and serviced hotel apartments. It is located in Marsa Plaza and has a minimart, a hair salon and an ATM within its premises. The hotel has two restaurants, Mezzaluna and The Deli Cafe.

Most residential units in Dubai Festival City have spaces designated for parking. Apartments offer underground parking as well as street parking. Villas have a minimum of two dedicated parking spots.

The only mosque in Dubai Festival City is Osama Bin Zayed Masjid. The residents of the community can find a number of mosques situated around the area. The mosques in Al Rashidiya and Umm Ramool are easily accessible. Ibrahim Al Khalil Mosque, Al Rashidiya Al Kabeer Mosque and Habib Mosque are located 6 to 7 minutes away.

Residents belonging to the Hindu and Sikh communities will find that the Shiva Temple and the Sikh Gurdabar are located at a 15 to 20-minute drive away in Bur Dubai. A number of churches can also be found in the nearby district of Oud Metha namely St Mary’s Church, Coptic Church, The Dubai City Church and Saint Paul’s Chapel. These churches near Dubai Festival City can be reached in 15 to 20 minutes as well.

There are a number of options for higher education in nearby areas. Mohammad Bin Rashid University, The American College of Dubai and Al Falah University are some of the institutes located 5 to 10 minutes away from the central point of Dubai Festival City.

There are various renowned hospitals in the nearby areas of DFC. Located in Garhoud, Mediclinic Welcare Hospital is 9 minutes away. Emirates Specialty Hospital and Magrabi Eye Hospital are some of the hospitals located about 10 to 11 minutes away from the community.

There are also a few clinics in the area. A branch of Dubai London Clinic is present in Dubai Festival City Mall, providing residents with quick access to medical assistance. Al Badia Dental Clinic, Al Sultan Medical Centre and Smile Spa Dental Clinic are also located in the area itself.

The waterfront leisure and shopping destination, Dubai Festival City Mall is located in the neighbourhood. Home to more than 500 retail stores, the shopping centre is known for featuring renowned brands like Toys R Us, Zara, Marks & Spencer, Nike, Forever 21 and more. DFC is also home to the first IKEA store in Dubai and the largest ACE Hardware store outside of North America. DFC is also the only mall in Dubai with a flagship store of the famous Singapore based department store Robinsons.

Dubai Festival City has no shortage of beauty centres. Both men and women can access a number of spas and salons without having to step out of the community. Popular options include Tips and Toes, NBar, The Barber Room and M&J Gents Salon.

Apart from these top retail stores, the mall has a large number of entertaining spots such as Novo Cinemas, the children’s play area Stay and Play and the mesmerising water and light show at IMAGINE.

Packed with 35 independent restaurants and 19 cafes and bakeries, Dubai Festival City is nothing short of a haven for food lovers. Serving classic American dishes, Hard Rock Cafe in the community is one of the most popular restaurants in the area. Other popular restaurants in Dubai Festival City offering various cuisines are Cheesecake Factory, P.F Chang’s, Al Fanar Restaurant & Cafe, Motomachi Japanese Restaurant, Sugar Factory, Paul and Café Bateel.

The waterfront restaurants in Festival Bay appeal to a large number of visitors. Boasting 15 restaurants, the eateries and cafes offer flavours from around the world. With a stunning waterway alongside, the visitors can savour delicious food while enjoying the views.

Other nightlife venues nearby include The Irish Village in Al Garhoud and options in the Le Méridien Dubai Hotel & Conference Centre, also located in Al Garhoud.

For a day out at the beach, residents can head to Al Mamzar Beach, which can be reached in under 20 minutes. Other options include Jumeirah Beach and Sunset Beach about 25 minutes away. Both beaches near Dubai Festival City offer many fitness amenities, shaded areas and restaurants overlooking the water.

THINGS TO DO IN DUBAI FESTIVAL CITY

Covering 2.5 million square feet of urban retail, Dubai Festival City is home to a number of leisure centres. IMAGINE Dubai, one of the most notable landmarks of the community, is a state-of-the-art light show with choreographed aquatic effects. The waterfront light show consists of 30 fountains and a spectacular surround sound experience to leave the audience mesmerised. IMAGINE also exhibits innovative water screen projection technology.

Festival Bay at the Dubai Festival City Mall is an ideal relaxation spot. The waterfront destination attracts a large number of visitors every day as it offers great views, delectable food, spectacular fountain shows and a gigantic Ferris Wheel. Standing 40 metres high, the Festival Wheel overlooks the stunning views of the Creek and the magnificent Dubai skyline. The visitors also have an option to book VIP cabins which feature glass floors and leather seating.

Residents can also enjoy a dhow cruise at Dubai Creek. With the awe-inspiring views of the creek, the visitors ride in the traditional yet luxurious boats while enjoying the picturesque skyline along the banks of the creek. The cruise offers a delectable buffet, dance shows and live performances to make the experience entertainable.

Al Areesh Club is the leading fitness destination in the area. It has a well-equipped gym, swimming pools, an aerobics studio, multipurpose sports courts, children’s play areas, a Spinneys supermarket and more. Other fitness options in the community include Fitness First, located in Dubai Festival City Mall, which is a favourite among the residents.

Although Dubai Festival City is known to offer a peaceful and family-friendly lifestyle, the community also remains fairly eventful throughout the year. Festival Bay hosts various concerts, shows and performances on various occasions. On commemorative days, lighting shows and fireworks at Imagine serve as a great crowd-pleaser. Dubai Shopping Festival is also a big hit among the residents, during which the Dubai Festival City Mall attracts a massive crowd of bargain hunters.

WHAT TO EXPECT WHEN LIVING IN DUBAI FESTIVAL CITY?

Dubai Festival City is a perfect family-friendly residential community offering homes in traditional and contemporary architectural designs. Providing an ideal mix of residential units, business towers and entertainment spots, the area is one of the most sought-after regions of Dubai. However, because of its location, other central regions in the emirate such as Palm Jumeirah, Jumeirah and Dubai Marina are about 20 to 25 minutes away.

The Dubai Festival City Mall opened its doors to visitors for the first time in 2007.