Like the name suggests, Central District is a community in the centre of Al Ain. It is home to Al Ain Mall and Al Ain National Museum. The main road that links this community with the rest of Al Ain is Zayed Bin Sultan Street. Central District Al Ain is a vibrant, well-planned community with modern infrastructure and several places of interest, some of which include lush green public parks. It is an ideal place for those thinking of living in Al Ain, as the area has all the amenities one would come to expect from a well-established town.

Central District in Al Ain is mostly populated with a large Indian, Pakistani and Middle-Eastern expat community. There is also a high concentration of Emiratis and Khaleeji expats living here. To the south, there is the Al Mutaw’ah area. To the north, there is the district of Al Qattara.

There are also few villas for rent in Central District Al Ain that comes in 3-bedroom configurations. These villa units are built over two levels. It features three master bedrooms with four bathrooms, a contemporary style kitchen and a vast living area. There is also a balcony that allows the sunlight and fresh air to ventilate the house.

Commercial properties in Central District Al Ain include offices, shops and few commercial buildings. Offices for rent in Central District Al Ain spread across 706 sq. ft. to 4,580 sq. ft. These office units are ideal for all sorts of businesses and are equipped with small kitchen, bathrooms, countertops and cabinets. The annual rents for offices start from AED 34k and go up to AED 265k.

Al Ain Central District is highly fitting for business purposes. With the perk of being located close to markets, malls, mosque, schools, restaurants and public transportation, this property is everything you could need to start your business. Shops for rent in Central District Al Ain span from 100 sq. ft. to 7,300 sq. ft. These units are fully furnished offering a balcony, 24-hour maintenance, broadband internet and covered parking.

There are also few commercial buildings for rent in Central District available at a price of AED 1.7M per annum.

Apartments for Rent in Central District
View all 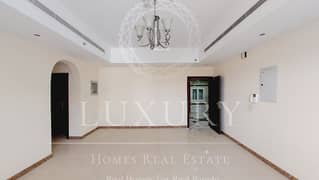 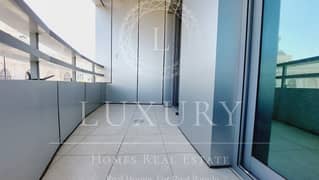 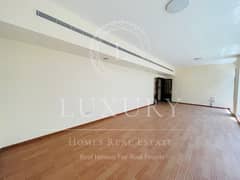 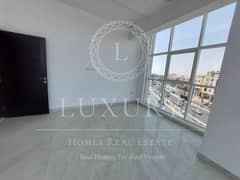 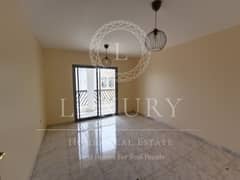 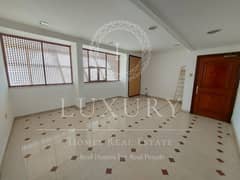 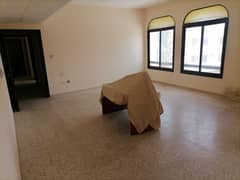 Travellers and tourists can find plenty of hotels in Central District Al Ain offering luxurious accommodations. Some notable ones are:

Ayla Grand Hotel is a 5-star property of Ayla Hotels & Resorts. It is set in the centre of Al Ain and is within walking distance of business centres and major attractions. It is home to 220 guest rooms and 75 furnished lavish suites. You can choose from a variety of guest rooms and suite types ranging from classic, deluxe to extravagant 1 to 3-bedroom suites. It also features a spacious Pearl Ballroom that can accommodate up to 200 guests. This ballroom can be converted into meeting rooms for business and social events. You can get pampered with the luxurious Moroccan Hammam at the Al Naeem Spa.  Guests can also pay a visit to fully equipped Pulse Health Club gym to rejuvenate body and soul.

Finding parking spaces in Al Ain Central District is not a major concern for those living here. Due to low urban density, there are several parking spaces available for residents and visitors to the area.

Those relying on public transportation in Central District Al Ain will find bus stops that will require at least 27-minute travel time if residents are on foot, this is only true for the closest bus stop which is Al Madina Petrol Station bus stop. All other bus stops will require a travel time of 39-minutes or more on foot. Thus, it can be more practical to hail a taxi and be driven to these bus stops.

There are a few supermarkets in the Central District. At a 7-minute walk, there is Lulu Centre – Al Ain. This is a large supermarket with a bakery where one could purchase ready to eat breakfast and lunch items. For those looking to grab and go, a mini-mart is just around the corner, which takes 8-minutes to reach on foot, this mart is known as Essamudden And Hayath Store Al Ain. For fresh fish, one can simply take a 6-minute drive and reach Al Ain Farm Shops – Fish Market.

There are at least over 10 mosques in Central District Al Ain. Some of the largest most visited include Abdullah Al Zarouni Mosque which is located on Zayed Bin Sultan Street, This is a medium-sized mosque that is 4-minutes away. Another nearby mosque which is much closer at a distance of 2-minutes is Sayyida/Shamsa Bint Ahmed Al Suwaidi Mosque. One of the larger mosques in Al Ain is 4-minutes away, this is the Sheikha Salama Masjid Al Ain that can accommodate several hundred worshippers during Friday prayers.

There is only one church in Central District in Al Ain, this is the Apostolic Revival House which is 3-minutes away. For other churches that fall outside the vicinity of Central District, residents will find Al Ain Evangelical Church and St. Mary’s Church situated in the district of Al Jahili.

Temples near Central District Al Ain include Gurudwara Nanaksar Al Ain which is just 14-minutes away via car. For Hindus, there are no temples in Al Ain, residents will have to drive to Al Fahidi Bur Dubai which will take a drive time of 1 hour 37 minutes to reach. Here, one will find various types of temples, each dedicated to specific Hindu gods such as Shiva, Krishna, Ganesha and Hanuman are to name a few.

There several schools in the Central District Al Ain. Some of these include Future International School which is a 5-minute drive away. This is a co-education institute that delivers educational content according to the American curriculum standards. Also very close is Al Ain Academy which is a 4-minute drive. This school has received a rating of ‘Very Good’ by relevant authorities and follows a British curriculum. At a 12-minute drive, there is International Private School, this is a school that follows a curriculum laid out by the Ministry of Education and has received a rating of ‘Acceptable’. However, this school is perhaps the most affordable option out of the former two.

Clinics near Central District Al Ain include Sulaiman Medical Clinic which just a 3-minute drive. Here, residents will find basic OPD consultation at affordable rates. At a distance of 4-minutes, Emirates International Polyclinic. At a 3-minute drive, there is also Ghazal Mahri Clinic which is a women’s only clinic.

To the south, residents will find the Al Ain Industrial Area which is the logistical and commercial hub of Al Ain. To the north, there is the community of Al Hili which is home to Hili Fun City. To the west there the district of Al Mu’tadid and Al Jahili. To the east lies the neighbourhood of Hamsa.

Residents will not feel like they are living in an isolated area, as Central District is one of Al Ain’s most developed and vibrant areas, as it has some of the best shopping, dining and entertainment venues.

One of the largest malls in Central District is the Al Ain Mall which is just 1-minute away via car. It is one of the best malls in Al Ain that first opened its doors in 2001 and contains 350 outlets, 60 restaurants and cafes. The entire mall comprises 2.5 million sq. ft. of floor space offering shopping, dining and entertainment. Other nearby malls include Welcome Shopping Mall at 8-minutes away and Emirates commercial complex at 7-minutes away.

Restaurants in Central District Al Ain include Shakespeare and Co. at a distance of only 2-minutes. Here menu options include coffee, healthy breakfast, lasagne, salad, tea, cheesecake and burgers. At a 1-minute drive, there is Applebee’s – Al Ain Mall, where one can enjoy various American style steaks, pizzas, sliders, burgers and shakes. At a 3-minute drive, there is Ahlan wa Marhaba Restaurant which specializes in serving Middle-Eastern street food such as shawarmas, hummus, falafels and the like.

Al Ain is an Inland city, in other words, it will take around 1 hour 32 minutes to reach a public beach. These beaches near Central District will be located in Dubai, which includes Open Beach at a distance of 1 hour 34-minute drive. This beach has a wide sandy shoreline with a park and a children’s play area. Other popular beaches include Jumeirah Beach which is 1 hour 30 minutes away. Here, one will find amenities such as BBQ stations, lifeguards for swimmer’s safety, regular police patrol and a park for picnicking and other fun activities.

At a distance of a 20-minute drive, there is Al Ain Zoo which is the largest Zoo in UAE. Not only is this a great destination to visit with the family, but is also quite an enriching experience as adults and children will get to learn a great deal about wildlife and conservation.

At a 6-minute drive, there is Al Ain National Museum where residents can learn a great deal about regional stone age and lifestyles of the locals prior to discovering oil. Another popular destination worth visiting in Al Jahili Fort which is only 10-minutes away. This historic landmark offers a glimpse into the past of UAE and how the fort was designed for defence against enemies.

Residents looking to stay fit on the regular will find several gyms in Central District Al Ain. At a distance of 4-minutes, there is Man Top Gym which has several exercise equipment needed for cardio and strength training workout. At a 5-minute drive, there is another gym called AL MASA Men Fitness LLC. this gym also has all the latest equipment for a comprehensive workout.

For residents who are self-conscious about maintaining their looks, there are several beauty salons in Central District Al Ain. The closest one is Nice Dream Salon which is only 2-minutes away. Here resident women will find basic beauty treatments such as hair care, nail care, skincare and other advanced beauty care services. Other nearby salons include Pink Marina Ladies Beauty Center. At a distance of 4-minutes away, there is High Life Beauty Salon Spa. All salons will offer services similar in nature with only minor differences in quality and creativity.

Life in Al Ain Central District can be second to none for those who decide to move here. Apart from affordable rents, the clean air and several amenities make it an ideal place to live for those working in Al Ain. For those who have to commute to Dubai or other emirates for work, living here will be impractical for the most part.

WHERE IS CENTRAL DISTRICT LOCATED?

Central District is a community in the centre of Al Ain.

HOW FAR IS CENTRAL DISTRICT AL AIN FROM SHARJAH?

It takes 1 hour 38-minute drive by car from Sharjah to Central District.

HOW CAN I GO TO AL AIN FROM DUBAI BY BUS?

You can take buses from the Al Ghubaiba bus station in Dubai to reach Al Ain.