Bu Tina is an apartment-only community in the north-west area of Sharjah. Famous as a commercial district, this area is close to the Arabian Gulf. Affordability and convenience make it equally popular among both singletons and families. The neighbourhood features lower rental prices when compared to other residential areas in Sharjah.

The Bu Tina community consists of new and old buildings. It is preferred by young professionals as the area also feature many commercial properties. Other amenities such as mosques, public parks, restaurants, grocery shops, ATMs and bus stops are near residential buildings.

Bu Tina features many residential apartments for rent. The residential towers are a mix of low-rise and mid-rise buildings. Due to its affordable rates, the area is well-known for being home to a large population of expatriates, especially young professionals.

Some residential buildings have been renovated with modern amenities such as central air conditioning, 24-hour security staff and dedicated parking spaces for tenants. Older buildings offer a split A/C connection and often do not have security services. When apartment hunting it would be best to take note of all the different amenities offered with each apartment.

Apartments for Rent in Bu Tina
View all 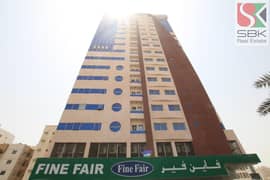 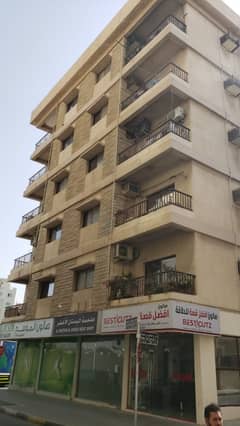 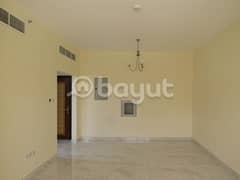 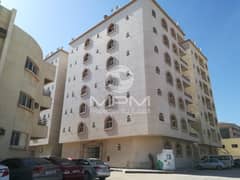 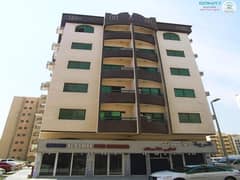 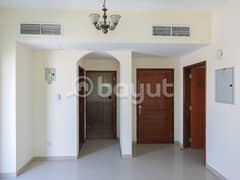 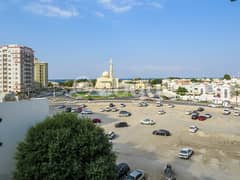 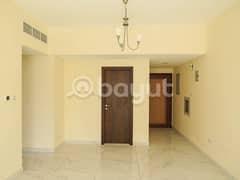 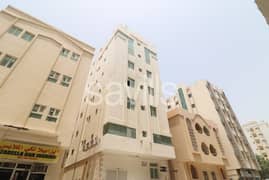 Interested renters can choose from studios, 1-bed and 2-bed apartments. A studio unit has a coverage area of around 270 sq. ft. to 550 sq. ft, while the rental trend for studio apartments lies between AED 9k to AED 13k.

Most small families opt for the 1-bedroom units which offer 600 sq. ft. to 1,400 sq. ft. of living space. Renting a 1 BHK apartment varies between AED 13k to AED 33k. These units have a spacious bedroom, a large kitchen with fitted cupboards and a big hall. The comparatively larger, 2 BHK units for rent offer rates varying between AED 18k and AED 40k.

The most popular tower in Bu Tina is Butina Building 2, which features studios and 1-bedroom flats. The studio flats are the preferred units in the building.

There is a range of supermarkets in Bu Tina for regular shopping or stocking up on daily essentials. Right in the centre of the community is City Plaza Supermarket, Illikal Supermarket and Al Madina Supermarket.

There are several others towards Salim Bin Ali Alowais Square namely, Al Badya Supermarket, Al Madina Supermarket and Craft Supermarket. All of these stores are well-stocked and offer a wide range of products. Nesto Hypermarket is the closest hypermarket, it is popular for its weekly discounts on grocery and other items. There is also a branch of a Carrefour hypermarket in My City Centre Nasseriya.

Hindu believers have to travel to Dubai to visit temples but fortunately, Bu Tina lies close to Dubai which shortens the travel time. Most Hindu temples in Dubai are at half an hour drive from Bu Tina. These include Shirdi Sai Baba Mandir, Shiva Temple, Shrinath Ji Temple and Shri Krishna Haveli. In this area is also where the Sikh gurudwaras are located for Sikh residents. For people who follow Buddhism, Mahamevnawa Buddhist Temple is less than 40 minutes away from the area in Al Wasl, Dubai.

SCHOOLS AND UNIVERSITIES NEAR BU TINA

For preschoolers, Balloon International Nursery, The Canadian Preschool, Al Khaleej Nursery and Al Amal Kindergarten are less than 5 minutes away in Sharqan. There are many schools near Bu Tina. Al Amaal English High School and Pace International School are in the neighbourhood. Emirates National School is at a 7-minute drive. This school was established more than 30 years ago and is known for delivering high-quality education under the CBSE curriculum.

CLINICS AND HOSPITALS IN BU TINA

Zulekha Hospital is in the vicinity and it caters to the healthcare needs of residents. It is a multidisciplinary hospital with outpatient and inpatient facilities. Emirates European Hospital is less than 2 kilometres away from Bu Tina and is a primary care hospital. Other hospitals near Bu Tina which are less than 10 minutes away include Central Private Hospital, Burjeel Hospital, Thumbay Hospital and Al Zahra Hospital.

Bu Tina is surrounded by popular residential areas. On its eastern side, it has Al Nasserya which is another bustling commercial area. Bu Tina’s other neighbours include Sharqan and Al Qulayaah.

My City Centre Nasseriya is considered to be the best mall in Bu Tina. It is a 3-minute drive away from the area. This grand mall was launched by Majid Al Futtaim in 2014. It has 21 stores, a Carrefour hypermarket, outdoor dining area, and over 145 parking spaces.

One of the best malls in Sharjah is just 5 minutes away from the area, named as Sharjah Shopping Centre. Other popular malls nearby are Oasis Mall and Safeer Mall.

Other than a few fast-food and casual dining restaurants inside My City Centre Nessariya, there are plenty of other restaurants in Bu Tina. There are a bunch of eateries for the residents of Bu Tina to choose from. Most of the restaurants serve either Arabic or Asian cuisines. Al Maidha Restaurant, Al Muwafajah Restaurant, Safa Al Shams Restaurant, Zulal Restaurant and Burj Al Butinah Restaurant serve a variety of Arabic dishes.

Dana Pani is a Pakistani restaurant which is popular in the community. Towards the north-western side of the area, Al Faal Restaurant and Lauberge Restaurant are known for their range of fried items.

Al Khan Beach, which is among the top tourist destinations of the City is at a 13-minute drive. It offers multiple activities including kite-surfing, parasailing, kayaking and banana boat rides.

Sharjah is known as the cultural capital of the UAE. It has numerous architectural icons that reflect the traditional Emirati and Bedouin culture of the country. The landmark of the city, Sharjah Museum of Islamic Civilization is 2 kilometres away from Bu Tina. This museum showcases more than 5000 rare and unique Islamic artefacts from all over the world.

Al Majaz is 13 minutes away from Bu Tina. The area is known for plenty of attractions including the Al Majaz Park. Water adventure fans can enjoy a cruise that sails along the Khaled Lagoon. A sofa boat that costs AED 50 for 15 minutes is also one of the activities in Al Majaz. The area also offers some recreational activities for kids including family train, mini golf, play area and Splash Park.

Nasserya Park in the neighbouring area of Al Nasserya is a calm place. It is lined with trees and has a dedicated play area for children. It offers a range of games and slides including hammock rides.

Fitness enthusiasts can head out to Asly Fitness in Bu Tina. Al Nabaa Gym and Atlantis Gym are also among well-equipped gyms and both are 5 minutes away from the area.

Bu Tina is a small community, so those who want to enjoy some thrilling events can head out to Al Majaz area, which hosts several events for families and kids.

Bu Tina is a well-connected and affordable residential area of the city. It has many facilities nearby, but the area is a commercial district and most residential buildings still await renovation.