Al Yarmook is home to some important places. For instance, within Al Yarmook is the office for Sharjah City for Humanitarian Services and this community is also home to the Ministry of Human Resources. It is also known for housing many churches and cathedrals and is popular among the Christian community. This is predominantly a residential neighbourhood that only has apartments for rent.

Al Yarmook is an older neighbourhood in Sharjah, consisting mostly of low to mid-rise apartment buildings. However, there are several new apartment towers that have been constructed and are available for rent while there are some buildings that are in the last phase of construction.

Al Yarmook is most popular with expat couples and small families who commute to Dubai or Abu Dhabi for work but prefer to live here because of the low rental rates of apartments.

Starting from the studio category, a typical studio apartment in Al Yarmook will have around 600 sq. ft. of living space. It can be rented for an average price of AED 13k, yearly. In the 1-bed category, a 550 sq. ft. 1-bed flat in Al Yarmook can be rented for AED 24k per annum while the most upscale 1-bed unit that comes with 900 sq. ft. of floor space will demand an annual rent of AED 29k.

Apartments for Rent in Al Yarmook
View all 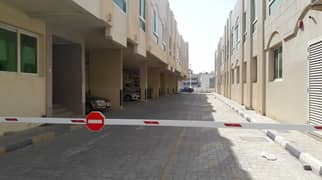 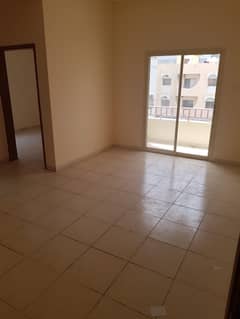 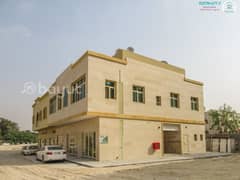 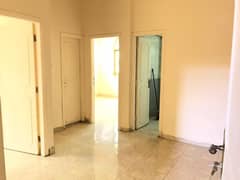 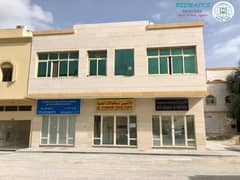 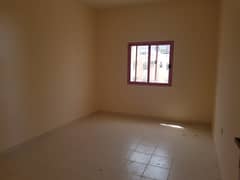 Moving on, a 2-bedroom flat can be rented for a starting price of AED 20k per annum and will go up to AED 24k per annum. Currently, there are only 1 and 2 BHK flats available here but this can change in the future as new buildings will be constructed.

Finding a parking space will be based on where specifically you end up living in Al Yarmook. Some of the buildings do not have covered parking and residents would have to park their vehicle on the street, where they have to pay to park. On the other hand, some newer buildings in the area will have underground parking or multiple levels of parking inside the building. Regardless of the fact, the availability of parking facilities should seriously be considered before taking up residence in this community.

Public transportation is limited in Al Yarmook. The closest bus stop is 3 km away in Abu Shagara. Residents prefer to commute using taxis or their own private vehicles.

However, if you prefer to shop in a large supermarket, there is a Nesto Hypermarket in the community itself. The Lulu Centre in Rolla has a large variety of products and produce to choose from as well.

For those wondering whether there are any churches in Al Yarmook, they'll be pleased to learn that Al Yarmook is home to 16 different churches that cater to Christians of different denominations.

Hindu and Sikh residents can visit the temples and gurudwaras in Bur Dubai, roughly 40 minutes away.

There are several mosques in Al Yarmook that can be reached on foot. The most visited mosque by residents is Abu Mas'uod Al Ansari Mosque which is a medium-sized mosque that is regularly attended by local residents.

There are a few schools in Al Yarmook, leading it to popular with families with young children. Following the Indian curriculum, there is Progressive English School and Radiant School in Al Yarmook.

Another popular school located in the community is Al Maarifa International Private School. One of the most defining aspects of Al Maarifa International School is that it is one of the few schools in the area that is accredited by the England Association of Schools and Colleges (NEASC). NEASC is a regional accrediting body for schools and colleges – it is considered to be the gold standard accreditor in the United States.

CLINICS AND HOSPITALS IN AL YARMOOK

There are a limited number of clinics in Al Yarmook, residents will have to visit the neighbouring communities. Notable clinics in the nearby area of Abu Shagara include Aster Clinic, Aster Medinova Diagnostic Centre and Thumbay Clinic

When it comes to hospitals in Al Yarmook, there are several private hospitals just a few minutes away. For instance, Thumbay Hospital Day Care Rolla is 9 minutes away, while Al Zahra Hospital is 8 minutes away. There's also Zulekha Hospital, which is the most reputable hospital in the area; it is a short 10-minute drive away.

Al Yarmook is one of the many small communities that meet centrally at Kuwait Square which is also known as Kuwait Roundabout. North of this community are the vicinities of Al Musalla and Al Manakh. To the east is Al Fayha while on the west is the Bu Daniq area. Abu Shagara lies to the south of Al Yarmook.

Although you will not find a mall in Al Yarmook, there are several malls not too far away in the neighbouring communities. One of the most popular malls in the city, Mega Mall is 6 minutes away from Al Yarmook. It has four floors and is established on a floor space of 800,000 sq. ft. At this mall, you can find many retail stores and entertainment options. For some of the best dining experiences, you don’t have to leave Mega Mall as it is home to some of the most popular restaurant chains in UAE.

Other malls nearby include Oasis Mall in Al Ghubaiba and Nega Mall in Al Nud.

There are several restaurants in Al Yarmook. In fact, it is a haven for food lovers as it is home to some of the most popular restaurants in Sharjah. Although there are over 10 restaurants in the area, the top two restaurants worth visiting are Peking Restaurant and Rainbow Steak House.

Peking Restaurant has been rated highly by visitors for its Chinese food. You can choose from a variety of Chinese soups, sizzlers, curries, dumplings and much more. For steak lovers in Sharjah, the go-to restaurant is Rainbow Steak House, a Middle Eastern steakhouse that serves grilled foods using recipes from the region. They are popular for their lunch and dinner buffets which have a dedicated salad bar and a dessert section.

The closest beach is 18 minutes away, it is Al Khan Beach. Al Khan Beach is a beach that is popular among water sports enthusiasts. The beach has dedicated lifeguards and is also home to some historical buildings and watchtowers which were erected in the olden days to look out for enemies coming ashore. This is also a good beach for overnight camping as many locals drive to the beach in their camper vans and spend the night at the beach.

Sharjah has a rich culture and the emirate is dotted with landmarks. For instance, Sharjah Clock Tower roundabout is a major landmark in Sharjah and nearly every resident in this emirate is familiar with the monument.

Another popular landmark in Sharjah just 19 minutes away from Al Yarmook and one that is prominently noticeable from a great distance is Eye of the Emirates, the Ferris wheel in Qanat Al Qasba. This Ferris wheel is unique in the sense that all of its cabins are fully air-conditioned and offers one the opportunity to observe Sharjah's skyline from a unique perspective. Apart from the Ferris wheel, there is a kid’s play area, city sightseeing tours, water karting and boat tours.

Just 7 minutes away from the main community is Al Manakh Park which is a public park that has play areas for children featuring slides, swings, seesaws and bouncy horses. This is a popular park for teenagers living in the neighbourhood who can often be found playing football in the evenings. What’s more, Al Manakh Park also has a tennis court.

If you're looking to rent villas, you will not find them in Al Yarmook. Also, many of the apartment buildings are old and do not offer many modern amenities. However, this also means that you'll be paying less in rental rates as compared to other areas of Sharjah.