Al Raha Gardens is an ideal place to live in the capital city. Stretching over 665,000 square metres, the community provides many conveniences in addition to a peaceful, family-friendly lifestyle.

Featuring landscaped spaces and luxurious villas, the tranquil development by Aldar Properties is an enviable choice for all. It is one of the popular areas to buy villas based on Bayut’s Abu Dhabi’s Market Report 2019.

Al Raha Gardens is a serene community with modern residential units. Facing the ocean, the waterfront strip is conveniently established in an area which is secluded but also has easy access to some central localities of the emirate.

Mainly boasting villas and townhouses, Al Raha Gardens offers an unparalleled living experience to the residents. With various facilities at hand, the community members enjoy their lives in the neighbourhood. One benefit of living here is that the residents do not have to leave the premises for day-to-day necessities.

The master development of Al Raha Gardens is further categorised into 11 smaller enclaves. Each sub-community is home to a different number of houses with varying configurations. These units are designed to accommodate both small and large families. A large portion of the villas showcases traditional and modern Arabian designs.

Villas for Rent in Al Raha Gardens
View all 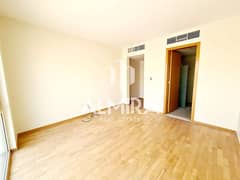 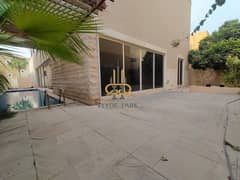 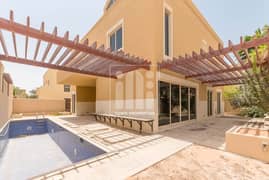 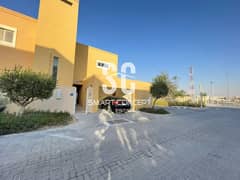 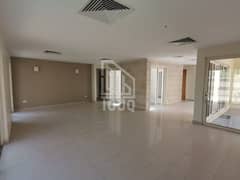 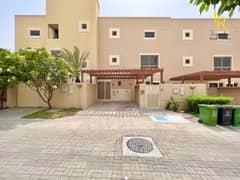 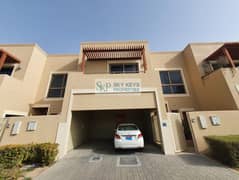 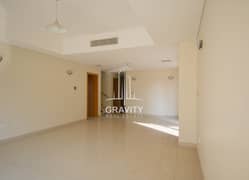 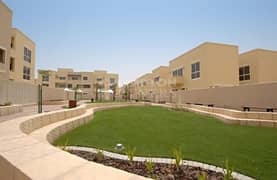 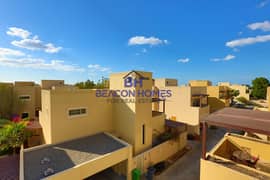 Villas for Sale in Al Raha Gardens
View all 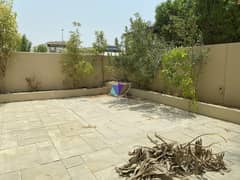 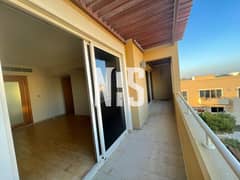 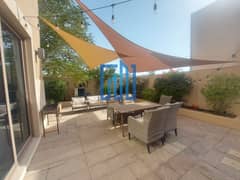 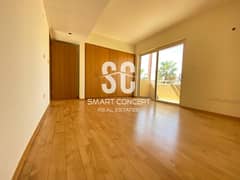 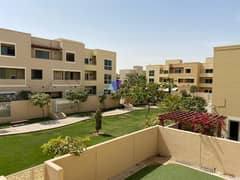 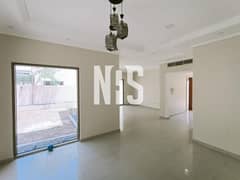 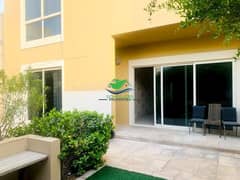 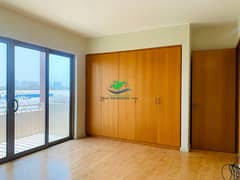 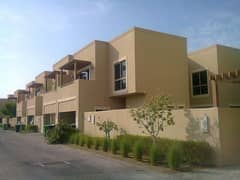 For those on a lookout for a 5-bedroom villa for sale in Al Raha Gardens can expect to shell out AED 3.3M to 5.5M. The higher-priced houses are built on larger plot sizes. The 6-bed villas can be purchased at a price of AED 9.0M.

Those interested in buying villas and townhouses can find 3-bed units with the highest ROI of 6.3%. Following closely are 4-bed units with a potential rental yield of 5.9%. The 5-bed units have an ROI of 5.6%.

Yasmina is the third most popular choice for both tenants and investors. Featuring modern homes with arabesque hints, the townhouses and villas offer a comfortable lifestyle with numerous amenities.

Next in the popularity chart is the Hemaim Community and Qattouf Community. With varying home configurations and sizes, it is a convenient choice for small and large families.

Those looking for floor plans can browse through the Al Raha Gardens floor plans available for popular communities.

The residents have parking spaces designated for them in the community. Some villas even provide garage spaces for multiple cars, which is great for families who have more than one vehicle.

In terms of public transport, various buses have routes which pass through Al Raha Gardens and its nearby areas. Some residents have quick access to transportation. For instance, if you are close to Street 3, Street 30, Street 18 or Al Yasmina School, it will be much easier to catch a bus since there are stops here.

Safa Express Supermarket is located amid the community in the Gardens Plaza community centre and can be easily accessed.

The residents of Raha Gardens can access the grocery shops next to Khalifa City within a few minutes. Premium supermarkets such as Lulu Express in Al Raha Mall, Carrefour in Al Muneera and Spinneys at Al Bandar are also 8 to 10 minutes away from the community.

People who visit mosques regularly will find no issues as there are many mosques within the vicinity. These options include the mosques in Raha Gardens and Mansour Bin Zayed Mosque and Albasit Mosque in the neighbouring Khalifa City.

On the other hand, churchgoers will have to commute to Mussafah where there are a number of churches. In a matter of 17 to 20 minutes, you can find St. Paul’s Church, St. Elias Greek Orthodox Cathedral and Abu Dhabi Assembly of God Church.

New Gurudwara Abu Dhabi is also located in Mussafah about a 20-minute drive away. Those looking for a Hindu temple will have to commute to Dubai while Abu Dhabi’s Hindu temple is being built.

Plenty of well-established schools lie within proximity of Al Raha Gardens Abu Dhabi. Boasting an outstanding rating by the Abu Dhabi Department of Education and Knowledge, Raha International School is opted by many. The highly reputed school follows the International Baccalaureate (IB) curriculum and provides several facilities for its students.

Al Yasmina Academy is one of the schools in Al Raha Gardens. The British curriculum school holds a prominent position. There are various nurseries and schools in the nearby precinct of Khalifa City A as well.

Numerous top universities in Abu Dhabi can be reached within short driving distance. Khalifa University Masdar Campus is a minimum of 13 minutes away, Zayed University lies 17 minutes away, whereas Abu Dhabi University and Al Ain University of Science and Technology are 20 to 25 minutes from the community.

The residents in Al Raha Gardens have easy access to medical centres. Although the closest options are not within the confines of the community, a few hospitals are just 5 to 6 minutes away.

Al Raha Gardens is a suburban area facing the waterfront on one side and sharing borders with Khalifa City A on the other side. The nearby communities include Masdar City, Al Forsan Village and Yas Island. The neighbourhood is located about 15 minutes away from Abu Dhabi International Airport.

Al Raha Mall is just a few minutes away from the community. The mall is undeniably a one-stop destination for all shopping needs. Along with high-end brands, retail shops and a hypermarket, the centre offers an abundance of other services and leisure activities. Visitors can choose to dine in any of the casual dining restaurants, fast food eateries or cafes. Oscar Cinema is also present in the mall for moviegoers. Al Raha Mall offers a family-friendly complete experience to its visitors.

Gardens Plaza is a community mall in Al Raha Gardens. It features a handful of stores, an Al Ansari Exchange and a Safa Express supermarket. In addition to this, the mall has a few other shops are catering to different needs. For instance, you can find Mothercare, Claire’s Accessories, Modern National Laundry and the eyewear store Grand Optical. Boots (pharmacy and health store) and Pets Delight (an exclusive accessories shop for pets) are also located in Gardens Plaza.

Food enthusiasts enjoy living in the community as there are a number of restaurants in Al Raha Gardens. The casual dining restaurant Circle Café is a big hit among the residents. Apart from this, Jones The Grocer and Eighteen Sixty Eight Restaurant are other options popular in the community.

The area enjoys a peaceful ambience in an outdoor environment, food trucks found here include Honors Burger, Emirati 21 Café, Sushi Express, along with many others.

Although Al Raha Gardens Abu Dhabi is a waterfront development, it is slightly far away from a beach. One of the best beaches in Abu Dhabi, Yas Beach is the nearest option. It is a public beach located about 16 minutes away from the community, residents love visiting it for its relaxing environment.

Al Raha Beach is 20 minutes away from the locality but it does require paid admission. Nearby public beaches include Al Bateen Beach and Saadiyat Public Beach, which take about half an hour to reach.

The secluded waterfront precinct of Al Raha Gardens is surrounded by a number of recreational centres. People who love a relaxing, aquatic day can head to Al Raha Beach Marina or Al Raha Beach Chalets.

Golf lovers will definitely cherish living around here given the proximity to Abu Dhabi Golf Club. Besides this, a state-of-the-art sports centre, Al Forsan International Sports Resort lies a mere 10 minutes away. It is no short of a treat for sports lovers.

There are a few fitness centres in Al Raha Gardens located just around the corner. Blue Power Fitness Gym is a popular choice in the community. Apart from this Beyond Health Club, CrossFit and Cobra Fitness are some of the best gyms in Abu Dhabi within a 10-minute drive.

Both men and women have a few self-care options located in the locality for a personal-grooming day. Pace e Luce Hair & Beauty Ladies Salon and Pace e Luce Men’s Salon are both located in Gardens Plaza offering full services to their visitors. Tip Top Nail Bar is located within the vicinity. Hair Concept salon is one of the best salons in Abu Dhabi for hair and beauty treatments. It is located at Al Raha Gardens Plaza.

For a rejuvenating experience, residents can also avail the services of Cocopilla Men Relaxation and Massage Centre and Oriental Wellness Spa.

No grand events are held regularly in the community. However, there are sales organised for everyday products at a small level. Those looking to keep in touch with community members can join a few social groups on Facebook. There is Al Raha Gardens Community Page and Al Raha Gardens – Community – Abu Dhabi for residents to join.

There is no doubt that Al Raha Gardens Khalifa City provides a modern living experience in a serene suburban environment. While the community provide all the daily necessities, some might find travelling to other central locations of the emirate a bit time-consuming.

Where is Al Raha Gardens located?

The community is located opposite Al Raha Beach.

How to get to Al Raha Gardens in Abu Dhabi by Bus?

How far is Al Raha Gardens from Dubai?

It takes 1 hour and 9 minutes from Al Raha Gardens to reach Dubai. The distance between the two destinations is 118 km.