There is a large number of freehold properties that include off-plan as well as rental apartments on Al Marjan Island. This gives foreign investors an opportunity to buy a property in Ras Al Khaimah.

The island that is close to the coast of Ras Al Khaimah is Breeze Island. It is home to two 5-star beach resorts, several hotel apartments and various landscaped areas. Breeze Island offers around 6,600 sq. ft. of a waterfront promenade.

Next in the series is Treasure Island built over an area of 2.5 million sq. ft. Many residential projects are emerging on this islet. A newly-established hospitality and leisure project by Accorhotels, Marjan Island Resort and Spa, lies here.

Dream Island, which owns 16,000 sq. ft. of the waterfront area, is connected to Treasure Island by the Marjan Island Boulevard bridge. Currently, there is not much on this islet but it will be home to many upcoming hotels and clubs.

The islet with the largest built-up area is View Island. It is circular in shape and features an area of 5 million sq. ft.

Residential properties on Al Marjan Island Ras Al Khaimah include apartments and hotel apartments for rent and sale. The sizes of flats range roughly between 420 sq. ft. and 2,780 sq. ft.

Apartments for Rent in Al Marjan Island
View all 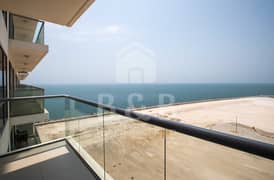 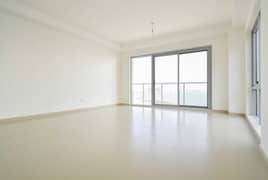 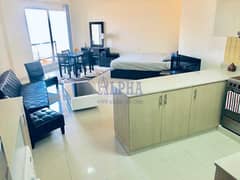 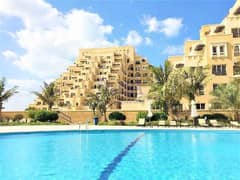 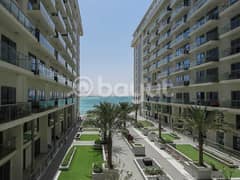 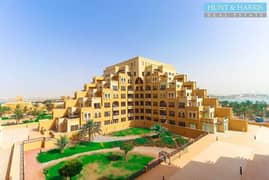 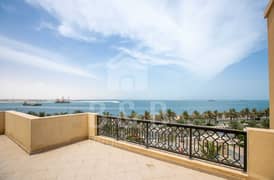 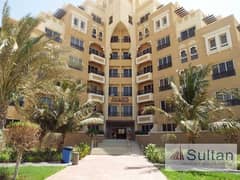 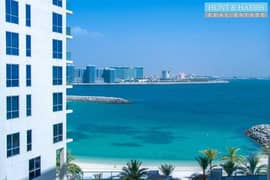 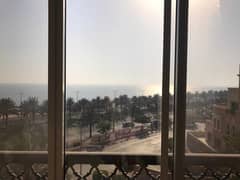 Those interested in affordable units must see rental apartments on the island. Singles can look for studios for rent that cost anywhere between AED 18k and AED 25k, per year. 1-bedroom apartments on Al Marjan have rental prices that start from AED 28k, while for rental 2-bed flats, it starts from AED 32k per annum. Renting price of 3-bed units goes up to AED 66k. Sea view apartments for rent in Al Marjan Island are charged for a yearly rate between AED 20k to AED 63k.

Apartments for Sale in Al Marjan Island
View all 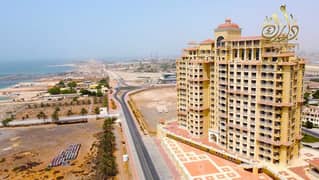 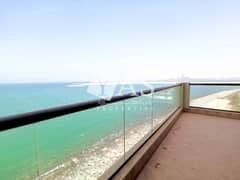 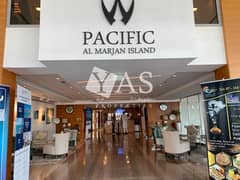 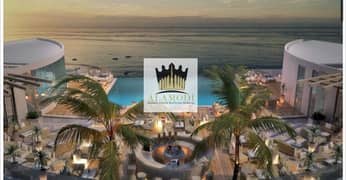 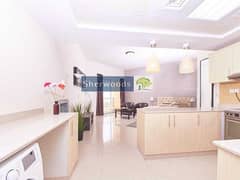 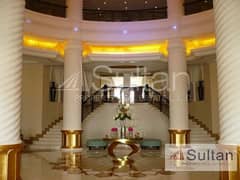 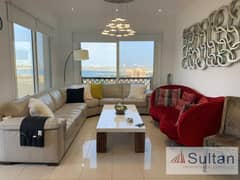 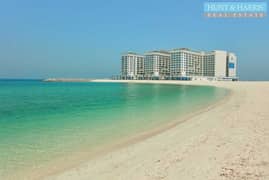 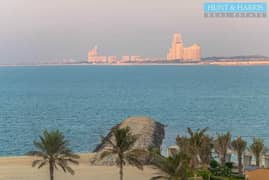 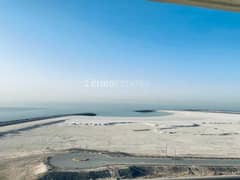 There are various propertiesdistributed between different projects. Some of the most popular ones are Pacific and Bab Al Bahr.

One of the residential projects in this community is the six-tower apartment complex called Pacific that has been established on View Island. It is inspired by the sub-region of Oceania which is a collection of 1,000 islands. A lot of people looking for freehold apartments in Ras Al Khaimah are considering to invest in Pacific.

Paying homage to some of these islands, the 10-floor buildings in Pacific are named Samoa, Tonga, Fiji, Tahiti, Polynesia and Bora Bora. The complex offers a choice of studios, 1-bed units, 2-bed suites, serviced apartments as well as beach duplexes. It also has penthouses that have lavish plot sizes spanning between 3,510 sq. ft. and 3,512 sq. ft. Some of the amenities of this project include a swimming pool, Jacuzzi, sauna, steam room, health club, a play area for kids and parking facilities.

Another prominent project on Al Marjan Island is Bab Al Bahr. Based on Breeze Island, the properties in Bab Al Bahr are divided between two complexes:

It is a 5-star hotel that features luxury suites that come with world-class service. The hotel comprises of three pyramid-shaped buildings and a luxury pool lies beside them.

Those looking for Al Marjan Island floor plans can browse through the floor plans available for popular communities/buildings in JBR.

Two of the luxurious hotels near the island are:

DoubleTree by Hilton Resort & Spa Marjan is an upscale beachfront resort along the Arabian Gulf. It located at just an 11-minute walk from Al Marjan Island and only 6 km away from Al Hamra Mall. The hotel have five-star services with chic rooms offering gulf views, suites with living areas and some of them also have kitchenettes. Other amenities include multiple restaurants, kid’s club, 7 outdoor pools and access to private beach.

Another waterfront hotel, Marjan Island Resort & Spa is located in the vicinity. It is just 9 km from Al Hamra Golf Club. The hotel features rooms with sea views and a balcony. They have 1 to 3-bedroom suites with separate living areas. Other amenities include three restaurants, two cafes, indoor and outdoor pools, tennis court and a spa.

Marjan Island Boulevard stretches its way from the Al Ittihad Street (E11) highway into the island. This road is mainly used for transportation on Al Marjan Island.

Parking spaces on Al Marjan Island are distributed across different projects. Most of these projects either have an outdoor parking lot or a covered facility based on the ground floor.

In terms of public transportation, those links have not yet been developed. The closest bus stop, RAK Bus Station, is a 20-minute drive away.

Almost all the developed projects have supermarkets on Al Marjan Island. Bab Al Bahr features Zoom, the Pacific complex has Fresh Plus Grocery & Café (known as Freshplus as well) and Al Sanad Supermarket.

Masjid Umar bin Al-Khathab and Al Iman Mosque are two mosques near Al Marjan Island that are accessible after a drive of 10 minutes.

Churches near Al Marjan Island are concentrated in the Al Hamra Industrial Area. Some of these include RAK Evangelical Church Center, St. Thomas Mar Thoma Church and Seventh-day Adventist Church.

Hindu and Sikh residents will have to travel to the Al Fahidi district in Dubai to visit the Shiva and Krishna temples, Sikh Gurudwara and the Sindhi Gurdarbar.

Dr. Amina Al Amiri’s Clinic, RAK Medical Centre (also called RAK Medical Centre Al Hamra), Al Afia Medical Center and Nexus Medical Clinic are some medical facilities nearby. These clinics and hospitals near Al Marjan Island are located over a distance of five kilometres, which is almost a 7-minute drive away. There is also the Holistic Rehab Centre in Al Hamra Village.

The closest hospital is Sheikh Khalifa Specialty Hospital (SKSH), 15 minutes away. Residents can also reach RAK Hospital, Saqr Hospital and Al Oraibi Hospital in 30 minutes or less. These are some of the top hospitals in Ras AL Khaimah.

A little further off from Al Hamra Village is another waterfront development called Mina Al Arab. It has several themed sub-communities such as Malibu, Granada, Bermuda and Flamingo Villas.

Other than Al Hamra Mall, there are no malls near Al Marjan Island presently. Some of the popular malls of Ras Al Khaimah, such as RAK Mall and Manar Mall are located in the central city. One can go on a long drive of about half-an-hour to visit these shopping destinations.

Although this waterfront community is still developing, a lot of dining facilities in Ras Al Khaimah. Some of the restaurants on Al Marjan Island include Salt, L’Olivo Restaurant, Sanchaya, Brasserie Restaurant and Seven Heights Restaurant.

Meat Point is a fine-dining steak restaurant that has a full bar service available. Vespa is a classy fine-dining restaurant that offers Italian cuisine. The Anchor Brew & Grill is a terrace bar that serves a variety of finger food as well as coastal drinks. One could visit Lalezar for some Turkish delicacies such as lamb shank, mezze platter, kebabs, baklava and rice pudding.

If one wants to tour historic temple sites, they can visit Aldoor Heritage Temple in Umm Al Quwain, 25 minutes away, and Al Dur Temple in Ras Al Khaimah, 15 minutes away.

The resorts at Al Marjan Island offer a rich selection of outdoor activities. There are multiple luxury swimming pools as well as football pitches, basketball courts and tennis courts. One of the favourite beach-side games is volleyball. One can rent a bike from Byky Sports rental service and go hiking along one of the pathways. Those who are simply looking for a peaceful retreat can make themselves comfortable on one of the numerous sun loungers on the beach. There are private cabanas as well that are ideal for groups.

The Rixy Kids Club offers a lot of fun activities for children of every age. Some of the activities and programs for younger children include magic shows, treasure hunts, arts and crafts and talent shows. It also includes Rixy Disco as well as beach and pool games. Teens can indulge in games such as X-Box 360, PlayStation, table football, electronic darts and snooker. Some of the options for board games include chess, checkers, Jenga and UNO.

A few resorts feature fully equipped gyms where fitness classes for yoga, pilates and step aerobics are held. There is a variety of exercise machines as well as free weights. Fitness enthusiasts can also hire a personal trainer for supervised and customised workout plans.

The Ras Al Khaimah Convention Centre hosts corporate meetings and celebrations. It is also a great venue for private events such as wedding ceremonies. Depending on the traditions and culture, every detail is taken into consideration. Some of the services offered for an event on Al Marjan Island include catering, bar service, venue set-up, wedding cake design, resident DJ and dance floor set-up.

Al Marjan Island is a great vacation spot and an ideal real estate for freehold property investments. Though, one of the things to consider for residents is the fact that during the summer period, it may get too hot to enjoy outdoor activities. However, there are many indoor recreational options to keep adults as well as children entertained. Al Marjan Island is also located far away from central Ras Al Khaimah.

Where is Al Marjan Island located?

It is harbored at the edge of Ras Al Khaimah and Umm Al Quwain.