Al Jazzat is a residential community that is situated a few kilometres inland from the western coastline of Sharjah. It nestles in the heart of Al Riqa Suburb, a northwestern district close to the Ajman – Sharjah border.

Al Riqa Suburb lies amid the most prestigious districts of the city such as the coastal Al Heerah Suburb, the vibrant Halwan Suburb and the more commercial Wasit Suburb.

As a result, the community enjoys great connectivity to some of the most important areas of Sharjah. Also, the city’s arterial road, Al Wahda Street gives the community access to Sharjah International Airport and links it with other cities.

Arranged in a grid style, the infrastructure of the community contains low-rise residential properties. Commercial properties and leisure areas are concentrated in the heart of Al Jazzat.

Al Jazzat is moderately landscaped. While there is not a lot of greenery along the streets, the properties have private gardens dotted with different types of large trees and shrubs.

The villas in Al Jazzat include 3-bed, 4-bed and 5-bed units as well as some expansive 6-bed and 7-bed units. Other properties, mostly built on larger plot areas, have additional features such as fountains, swimming pools and large landscaped green areas that include gardens and lawns as well as backyards. Prices for these deluxe properties it on the higher end of the spectrum.

Villas for Rent in Al Jazzat
View all 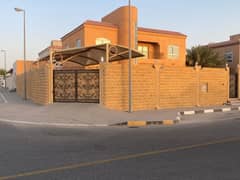 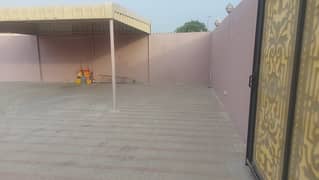 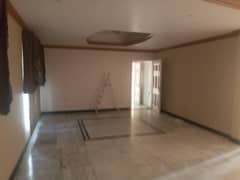 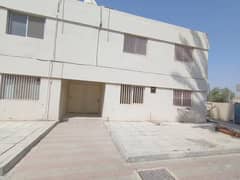 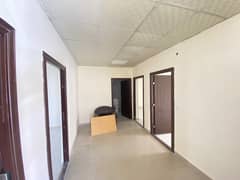 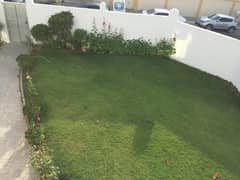 According to Bayut’s Sharjah Market Report for Q3 2020, Al Jazzat is the most popular area to rent houses in Sharjah.

Plot sizes of villas in Al Jazzat range from 2,500 sq. ft. to 8,000 sq. ft. The rental prices of these houses start from AED 25k and go up to AED 135k per annum. These units are quite affordable as compared to the rental trends of similar areas.

Those willing to rent a 5-bedroom villa in Al Jazzat can cost between AED 60k and AED 135k per annum. A 7-bed villa can be rented at an annual price of AED 82k.

The 5-bedroom villas are the most profitable property in Al Jazzat with an ROI of 7.2%.

Many properties include parking curbs right outside their boundary walls so that guests can park their vehicles alongside them.  Houses come with private parking spaces in Al Jazzat, which include the spots for two or more cars depending on the size of your villa.

Public transportation is limited in the area, the closest bus station is Al Rolla bus stop at a 10-minute drive away. Taxis are hard to find in the area and residents will have to rely on ride-hailing apps such as Uber and Careem.

One of the best supermarkets in Sharjah, Sharjah Cooperative Society has one of its branches established in the neighbourhood. This supermarket also enables customers to do online grocery shopping in Sharjah, for a hassle-free experience. This 24-hour supermarket is located on Sheikh Khalid Bin Mohammed Al Qasimi Street.

Several more supermarkets in Al Jazzat are situated near the main roads. These include Al Madina Supermarket and Marwan Supermarket.

There are several mosques in Al Jazzat. Thabet Ibn Qays Mosque and Malik Ibn Anas Mosque are centrally situated in the community, whereas Ammar Bin Yasser Mosque and Ahmed Ibn Hanbal Masjid can be found in two different corners of the neighbourhood.

Churches near Al Jazzat are around 8 kilometres away towards the southwest community of Al Yarmook. These include Church of the Living God, Ethiopian Orthodox Church, St. Michael’s Roman Catholic Church and St. Mary’s Jacobite Syrian Cathedral.

Hindu and Sikh residents will have to drive for 30 minutes to visit the gurudwaras and temples in Bur Dubai.

SCHOOLS AND UNIVERSITIES IN AL JAZZAT

Schools in Al Jazzat include Sharjah Public School, Al Shams Centre and Al Zahrah High School. There is also a school that offers religious studies called Huda Centre for those who want to memorize the Holy Quran.

CLINICS AND HOSPITALS IN AL JAZZAT

There are two clinics in Al Jazzat, Al Riqqa Health Centre located in the neighbourhood’s centre and British Medical Complex located near the main road.

Neighbouring Al Jazzat from the east, Al Falaj is one of the most popular areas for renting villas in Sharjah. The distinctive amenities of this prestigious community include Al Falaj Eid Musalla, Green Belt Ladies Park and the Cultural Palace.

To its west lies Al Hazannah, which is known for its sports complex and a mall. The residential communities of Bu Tina and the waterfront Al Qulayaah, are just a short drive away.

The list of popular shopping destinations in Sharjah is never complete without the mention of Al Shaab Village. Luckily for residents, it is situated in the adjoining neighbourhood of Al Hazannah. This mall near Al Jazzat is designed like an exhibition hall-style complex and consists of over 250 retail stores. Al Shaab Village also features a supermarket, food court, indoor gaming zone, billiard centre, outdoor amusement park, ice-skating rink and cinema.

Other malls such as Mega Mall Sharjah, City Centre Nasseriya and Grand Avenue Mall are reachable within 10 to 15 minutes.

Close to the community, eateries in Al Shaab Village include Pizzaro and Wazzup Dog. A 7-minute drive via Sheikh Mohammed Bin Sultan Al Qasimi towards the coast would lead one to a plethora of dine-out options. Fast-food restaurants featured in that area include KFC, Hardee’s, McDonald’s and Burger King. Sealand Restaurant and Sadaf Restaurant include more varied options.

Al Jazzat is just around 4 kilometres away from the coastline of the emirate where the upcoming 3.3-kilometre Sharjah Beach project is getting developed. It is one of the best beaches in Sharjah.

Meanwhile, beachgoers can visit Al Khan Beach, which is located at about an 18-minute drive away. Al Khan Beach is known for its watersports centre and surf school, more casual swimmers can enjoy chilling out in the dedicated swimming area.

Cultural Palace hosts many festivals, theatre performances and supports the local theatre community. Cultural Square is also known for the monument it houses in the middle of the square. It is an open book which many think signifies the Holy Quran. The neighbourhood is also close to the massive Khalid Bin Mohammed Stadium (Sharjah Stadium) which hosts many games played by Sharjah Football Club.

Nearby venues include Arab Authority for Theatre accessible after a 6-minute drive. People who like to learn about history and science can visit Sharjah Archaeological Museum and Sharjah Science Museum, which are hardly 3.5 kilometres away.

At Al Shaab Village, there is a lot one can do over a weekend. Sharjah’s largest ice skating rink, Skate Gate is there to thrill ice sports fans. People into cue sports can go to Al Shaab Billiard Centre. Oscar Cinema is the perfect destination for those who like watching the latest film releases.

Al Jazzat enjoys proximity to various landscaped areas and sports complexes. Covering an area of 137,000 sq. m., the Green Belt Ladies Park sits right along the eastern boundary of Al Jazzat. It is one of the beautiful parks in Sharjah and is perfect for ladies who want to enjoy the outdoors in a segregated environment.

Close to the outskirts of Sharjah, the wetland centre called Wasit Wetland Nature Reserve is a wonderland for birdwatchers and nature-lovers. Accessible under 10 minutes, this protected ecosystem is home to nearly 350 species of birds and features a natural lake, salt flats and extensive sand dune areas.

Al Jazzat itself has a central park and a football ground. In the same location, there is even an indoor sports complex called Sharjah Self-Defence Sports Club that offers martial arts lessons for all ages. It is one of the popular spots for karate classes in Sharjah.

Creating awareness for Emirati literature and the national language, the community centre Arab Language Protection Association is based in Al Jazzat. It holds numerous poetry and recital contests as well as the annual celebratory event of the ‘International Day of the Arabic Language’.

Al Jazzat is certainly a residential area favourite among locals as well as expats. Since it is a villa-based community, people looking for smaller accommodation such as apartments will have to look elsewhere.

Also, Sharjah’s public bus service does not service Al Jazzat or any nearby areas so commuters will have to rely on taxi services.

How to get to Al Jazzat Sharjah by bus?

The bus E400 have routes that pass near the community. You can catch this bus to commute easily.

How much time does it take to reach Al Jazzat from Dubai?