How to notarize a power of attorney in Dubai

This article gives an overview of how one can notarize a power of attorney in Dubai and lists the documents required to carry out the process.

Types of Power of Attorneys in Dubai

Anyone who wants to make another person their POA or power of attorney is referred to as a principal while the individual being delegated the POA is called an agent or ‘attorney-in-fact’ as per legal terminology. A principal can choose from different types of power of attorneys lawfully accessible in a country. Here are the two different types of POAs that are accessible in the UAE.

A general power of attorney is used when a principal wants to transfer authority to its agent in case of his or her absence due to travelling or when they are physically or mentally incapable of handling things on their own. The agent will be able to perform a number of legal tasks including bank transactions, tax return filing, signing contracts and dealing with property purchasing and selling.

There is also a third type of POA that is called the Lasting Power of Attorney but it is only available in Dubai. The Lasting Power of Attorney is for those who are facing health-related issues that will render them incapable of making decisions in future. Principals can make arrangements to transfer the authority to someone trustworthy to make decisions for them in the future.

The procedure of notarizing a power of attorney in Dubai

To apply for a power of attorney in Dubai, the principal has to submit the required documents that include a form for the POA. The Power of Attorney document contains details of the relevant affairs along with the agent’s responsibilities and powers. The principal also has to pay attestation fees while submitting the documents for review to the notary public in Dubai. The submitted application is then attested by a notary public in Dubai after a thorough review.

Required documents for notarizing a power of attorney in Dubai

Here is a list of documents needed to notarize a power of attorney in Dubai:

All the documents have to be in Arabic. If they are not in Arabic, the principal can file the translations along with the other documents. Moreover, a principal may have to submit additional documents depending on their individual case. For instance, those wanting to give POA for a real estate affair will have to submit ownership documents to prove the owner of the property in question.

What if the principal is not a resident of the UAE? Can they apply for notarizing a power of attorney without submitting an Emirates ID?

Yes, the requirement of submitting the Emirates ID is only for UAE residents.

What if a POA is issued in a different country by a granter/principal living outside the UAE? Will it be considered valid in Dubai?

However, if there is no embassy of that country in the UAE, then the issuer or principal will have to get it attested from an embassy located in the UAE’s neighbouring countries. Principals can also refer to a good law firm for dealing with such matters conveniently.

What happens if the principal passes away?

A power of attorney becomes invalid if the principal passes away. After the death of the principal, the legal decisions are based on the Will and Testaments.

Can the power of attorney be abused? Can an agent be replaced in such circumstances?

Are there any law firms that one can entrust with legal affairs and hire them as a power of attorney?

Yes, there are law firms in Dubai that offer services as power of attorney for individuals and businesses. These firms offer representative services for buying and selling properties in Dubai, dealing with legal matters in banks and courts in Dubai and more.

How to update or change the content in a POA document if there is a need to do so?

To update or change the content in a POA, one has to revoke the old POA and get a new POA with the updates and changes stated. If the previous power of attorney is not revoked with a written declaration stating that it has been revoked, it will be considered valid legally.

That’s all we have on how to notarize a power of attorney in Dubai. For more informative content on different legal issues in Dubai, stay tuned to MyBayut. 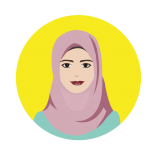 All about Tadweer Abu Dhabi

Which is the best mall in Dubai? It’s The Dubai Mall!

The Bayut Football Cup is Back!