What celebrities love about Dubai

Dubai is no stranger to celebrities. This city is not only a favourite travel destination for superstars, but it has also become a magnet for many global filmmakers around the world. From football players to Bollywood royalty, Dubai attracts a large number of A-listers thanks to the luxurious lifestyle the city has to offer. Spotting your favourite celebs is definitely one of the perks of living in the glamorous city. Imagine the joy of those who saw Tom Cruise performing one of his most dangerous stunts for Mission Impossible: Ghost Protocol at Burj Khalifa! While there’s plenty to enjoy in the emirate, let’s take a look at what these celebrities who love Dubai, have to say about the city.

Following the tantalising aroma of gourmet steaks, Leonardo Dicaprio reached Dubai in 2017 and decided to indulge himself at Nasr-Et. Within a few days of his arrival, the picture of the famous Salt Bae seasoning Leo’s steak took the internet by storm.

Hard-core fans of Leo’s masterpieces including Titanic, The Wolf of Wall Street and The Revenant, will be happy to know that the Oscar winner loved his stint in the city. In 2017, Leo stayed at one of the popular celebrity haunts in the city, the One & Only Royal Mirage hotel. He also visited The Sustainable City in Dubai to create awareness about climate change and other environmental issues that are close to his heart.

Shahrukh Khan is one of the most popular Indian film actors in the world and he is equally celebrated and cherished here in the UAE. When it comes to celebrities who love Dubai, King Khan is extremely vocal about his love for the city and has even called the emirate his second home in several interviews.

He has also been the celebrity Bollywood ambassador of Dubai and promoted tourism in the city with the second edition of #BeMyGuest, an award-winning campaign in 2018. “Dubai is my city,” said the star in his another interview.

Similar to many film stars from Hollywood and Bollywood, SRK also owns a luxurious villa in Palm Jumeirah.

David Beckham and Victoria Beckham are one of the popular celebrity property owners in Dubai. He first invested in a property in the Palm complete with a private beach, which he later gifted to his in-laws. In 2009, they also bought a luxurious apartment in Burj Khalifa.

He was spotted at the Adidas store opening in the Mall of the Emirates where he had a great ‘meet and greet’ session with fans. The frequent visits and investments by the former Real Madrid player clearly depict his great love for Dubai.

This list of celebrities who love Dubai is incomplete without including this daredevil actor of the Mission Impossible series. Fans will never forget the action sequence in Mission Impossible: Ghost Protocol where Cruise calmly glides down the 163-story Burj Khalifa, located in Downtown Dubai.

If you are curious about where celebrities stay in Dubai, Cruise and the crew members chose to stay in the luxurious Jumeirah Malakiya Villas at King Salman Bin Abdulaziz Al Saud St. After the shoot was completed in Dubai, he tweeted on his official account “Thank you to everyone for the amazing help and cooperation. Our filming here continues to be a wonderful experience. “ He also went on to praise Dubai as a beautiful cinematic city.

Next on our list of celebrities who love Dubai is the American teenage-idol turned heartthrob, Zac Efron. The star was in town working with Hugo Boss and shared a slew of photos on his Instagram story that showcased the High School Musical star exploring sand dunes with friends and riding camels in the desert. He tweeted his picture with the caption, “Thanks for the love, Dubai,” “Can’t wait to come back.” He was in Dubai for a Hugo Boss event, first at D3 and then at Paris Gallery in The Dubai Mall where he also enjoyed a ‘meet and greet’ session with adoring fans in the emirate.

A few years ago, the Dubai celebrity news segments were abuzz when US reality TV star Kim Kardashian jetted down the city and stayed at Atlantis, The Palm. She always talks highly about Dubai and said her trip to the city was unforgettable and she cannot wait to return to the emirate.

Doing what celebrities love to do in Dubai, the star also ventured out to the Mall of the Emirates and The Dubai Mall to stock up on some haute couture. Kim’s sister Khloe also stayed in the Atlantis when she visited Dubai. The 36-year-old was in Dubai for a beauty master class with her long-time makeup artist Mario Dedivanovic. She also captioned her picture after the master class as, “Such a fun day today! I felt so much love here in Dubai, thank you guys for coming out to Mario’s Master Class!” She also wrote “Just touched down in New York! Dubai was unforgettable! Can’t wait to go back!”

In several interviews, Salman Khan has said that Dubai is his favourite city. The star also bought his dream apartment at The Address Downtown, Dubai. Salman is a frequent visitor to the UAE and he has expressed his love for the emirates on several occasions.

Dubai’s captivating mix of high-end hospitality and luxe amenities continues to lure in the A-listers. This special endorsement from international celebrities is a point of pride not only for the emirate but for the region as a whole. With more and more directors and producers choosing to film movies in Dubai, the emirate has also grabbed the attention of the international media, boosting the appeal to tourists from across the world. Do you want to stay in the same room as Leo or have SRK as your neighbour? Everything is possible in Dubai!

For more such exciting tidbits about life in the UAE, stay tuned to MyBayut, the best property and lifestyle blog in the country. 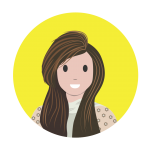 S T
ST is a film graduate with an insatiable love for writing. She loves reading and communicating her thoughts to people across the world. On her day off, you will find her taking portrait shots of her friends, catching up on her favourite Netflix shows or simply curling up for a long nap!

Where to find Ejari typing centres in Dubai

Highlights from Bayut’s Tenth Webinar: The State of Real Estate

A complete guide to snorkelling in Dubai